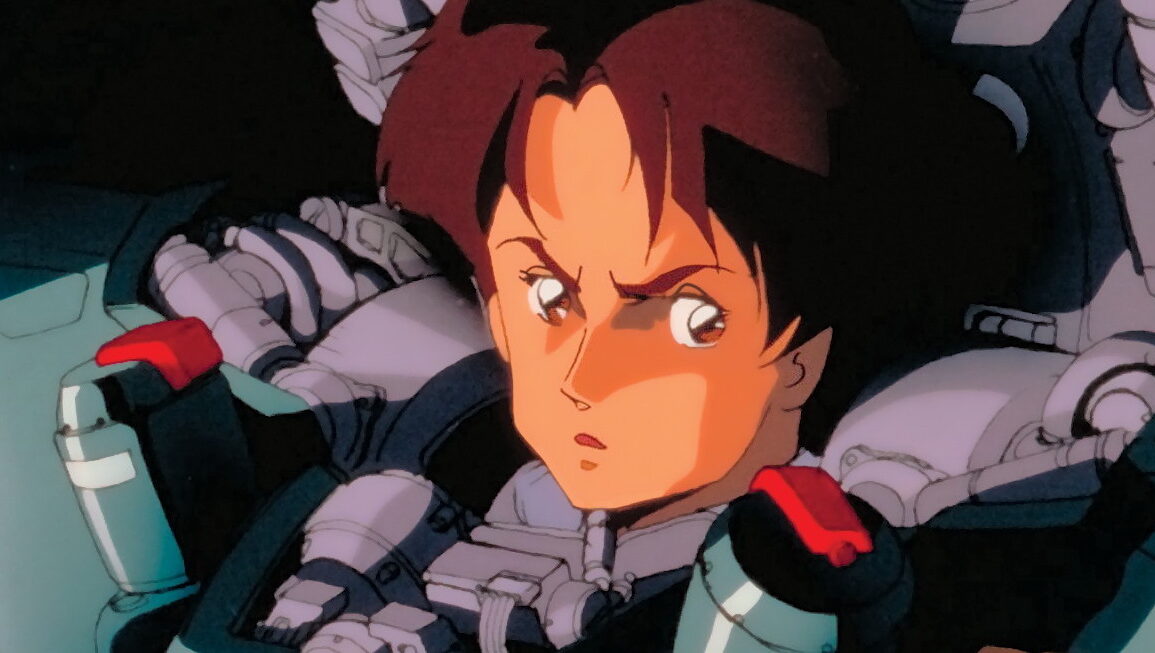 At only 42 minutes, Metal Skin Panic Madox-01 feels like a complete film, but it would’ve been great if the story had been fleshed out a little more, rather than just being a one-off.

A high tech flying tank suit is commandeered by a regular guy looking to make his date for the night, not realizing that he’s unleashed a military counter force that will try to stop him, using any means necessary.

Koji is a lovesick car mechanic who has a date with the girl of his dreams later that evening, and while working a little late that day, he encounters a container that he accidentally opens after reading a manual nearby. Inside the container is a high tech prototype of a flying tank suit, and just for the heck of it, he steps inside it as he’s reading the manual to see if it fits. It does! The suit gobbles him up and locks him inside, and all of a sudden, he’s flying around and making a mess of things in the city during the busy Saturday evening with onlookers and shocked pedestrians everywhere. Meanwhile, the activation of the suit has triggered a response team from the government who now needs to contain the situation, and they send in their best – Kusumoto – a female pilot with a great track record, but the mere fact that she was chosen over her male counterpart Kilgore enrages her competition who straps himself into his own tank to apprehend Koji before she does just to prove that he is better. This starts a mini war between the competitors, but Koji is surprisingly adept at using the Madox suit, which surprises everyone.

At only 42 minutes, Metal Skin Panic Madox-01 feels like a complete film, but it would’ve been great if the story had been fleshed out a little more, rather than just being a one-off. Shinji Aramaki, who later scored big with his work on the Appleseed and Harlock movies, directed this, and as a first feature, it’s quite good, if a little underdeveloped mainly due to a lack of budget. Old school classic anime fans will dig it more than casual fans, and as I’m somewhere in the middle, I still found this to be pretty enjoyable.

Animeigo has just released this one on Blu-ray, and they’ve packed it with special features, including two commentaries, interviews, an art gallery, an Easter egg, and more. The new HD transfer is sharp and more than satisfactory. 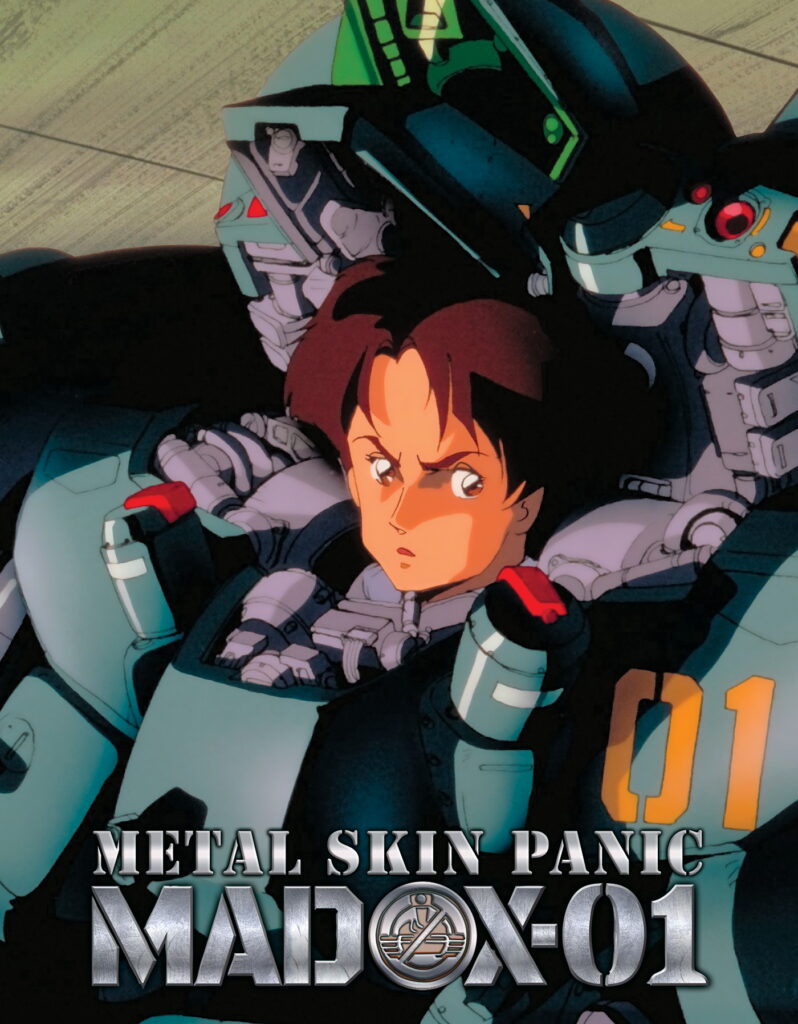