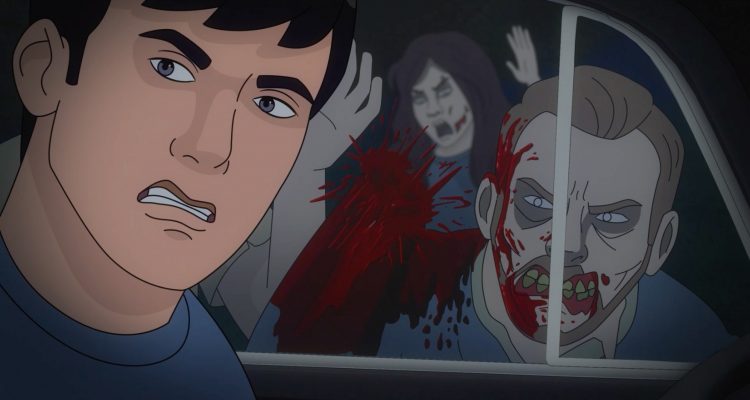 Just when you thought the public domain status of George Romero’s seminal zombie apocalypse classic had run its course, here comes yet another desperate gasp of cashing in, only this time it’s done in a slipshod choppy animated style.

An almost shot-for-shot remake of George Romero’s Night of the Living Dead … but animated.

An anomaly from space has caused some kind of radiation to fall upon Earth, turning the dead into walking corpses with an insatiable hunger for flesh. Barbara (voiced by Katherine Isabelle) watches her brother die at the hands of a zombie while they’re at a cemetery, and she flees on foot to a secluded house where another man named Ben (voiced by Dule Hill) has already retreated. She’s basically comatose, but Ben is in full-force fortify and protect mode, not realizing that there are more people in the basement. A cowardly husband (voiced by Josh Duhamel) and his wife (voiced by Nancy Travis) are down there with their infected daughter, and Ben gets no support from anyone as their situation gets worse by the minute. A horde of walking dead has completely surrounded the house, and hungry hands and teeth are ripping and tearing at the fortifications Ben has set up. With no way out but to fight or hide, the night of the living dead is going to get much worse before it gets any better.

Just when you thought the public domain status of George Romero’s seminal zombie apocalypse classic had run its course, here comes yet another desperate gasp of cashing in, only this time it’s done in a slipshod choppy animated style. The animation is woefully uninspiring, and the film tries to show some scenes and variations of scenes that weren’t in Romero’s film – or any other versions since – like some quick flashbacks and giving the zombies the ability to use objects to kill like rocks (?!). It’s basically the same thing as before, but just much less in every department, despite trying to “look” different. It’s still set in the late 1960’s, some of the characters look identical to the original, and there’s a lot of the same dialogue, and John A. Russo – the co-writer of the original – is credited as the screenwriter, but Romero has no credit on it. Typical. From director Jason Axinn.

Warner Brothers has just released Night of the Animated Dead on Blu-ray and digital this week, and it comes with a “Making of” bonus feature. 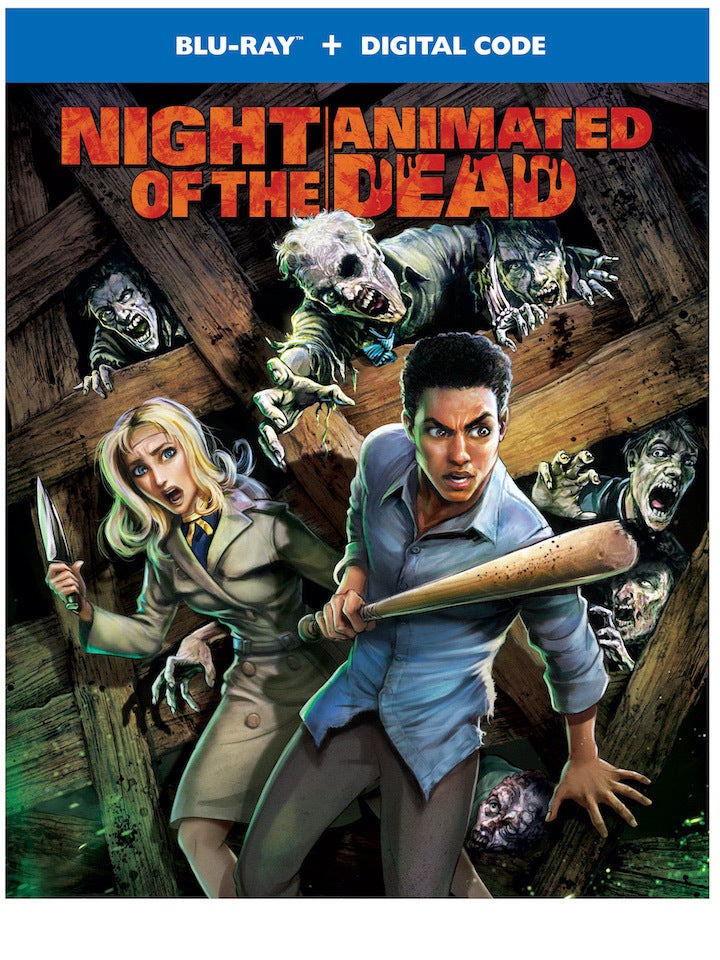