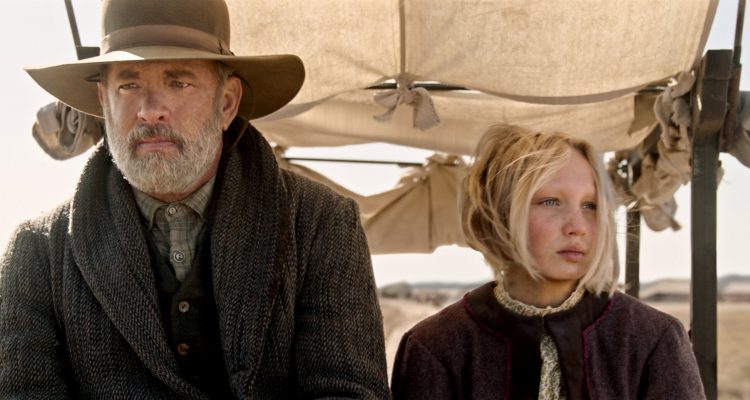 The film has enough emotion and dangerous situations to keep any viewer invested, and the end result is commendable, if a little dry. It’ll scratch the western itch you may have, and it should appeal across the generations, which is a rare thing these days.

A Civil War veteran travels from town to town to orally read to captivated audiences, but his journey takes a sidestep when he rescues a little orphan child and finds himself responsible for her life.

The road is long and somewhat predictable for former Captain Jefferson Kyle Kidd (Tom Hanks), as he travels from town to town across the states to set himself up in front of a paying audience to read news stories from printed newspapers to illiterate audiences craving for true stories that are happening around the country or in regional areas. He carries a gun, but usually doesn’t have ammo, and he hasn’t been home since the Civil War ended five years ago. While travelling from one place to another in the country, he stumbles across a little Norwegian girl named Johanna (Helena Zengel), who has been living almost a feral life with Natives since her parents were murdered in the wilderness, and Kidd considers it his responsibility to take her to the nearest town to leave her with someone – anyone – who will take her and get her to her nearest kin. But there’s a problem, and it’s not a small one: Johanna doesn’t speak English, and when he finally gets a translator, he finds out that she indeed does have kin, but several states away, and no one will take responsibility for her, which means that he must take the mantle on himself. So, onward they go, and he stops from town to town to make a few bucks at each stop to do his oral presentations. Along the way they encounter brigands and would-be rapists who want to claim young Johanna for a local whorehouse, and so Kidd has to rekindle those old war instincts to save his and Johanna’s life. And even with their mission in mind, Kidd comes to realize how lonesome he is, and the bond between him and the child grows slowly but surely.

A unique but rather straightforward dramatic western from director Paul Greengrass, which was based on a novel by Paulette Jiles, News of the World is a solid enough film with a stalwart Hanks in the center. The film has enough emotion and dangerous situations to keep any viewer invested, and the end result is commendable, if a little dry. It’ll scratch the western itch you may have, and it should appeal across the generations, which is a rare thing these days.

On March 23rd, Universal is releasing News of the World onto a Blu-ray / DVD / Digital HD combo pack, as well as a 4K Blu-ray edition. The Blu-ray has some bonus features, including deleted scenes, “Partners: Tom Hanks and Helena Zengel,” “Western Action,” “Paul Greengrass Makes News of the World,” “The Kiowa,” and a feture commentary by Greengrass. 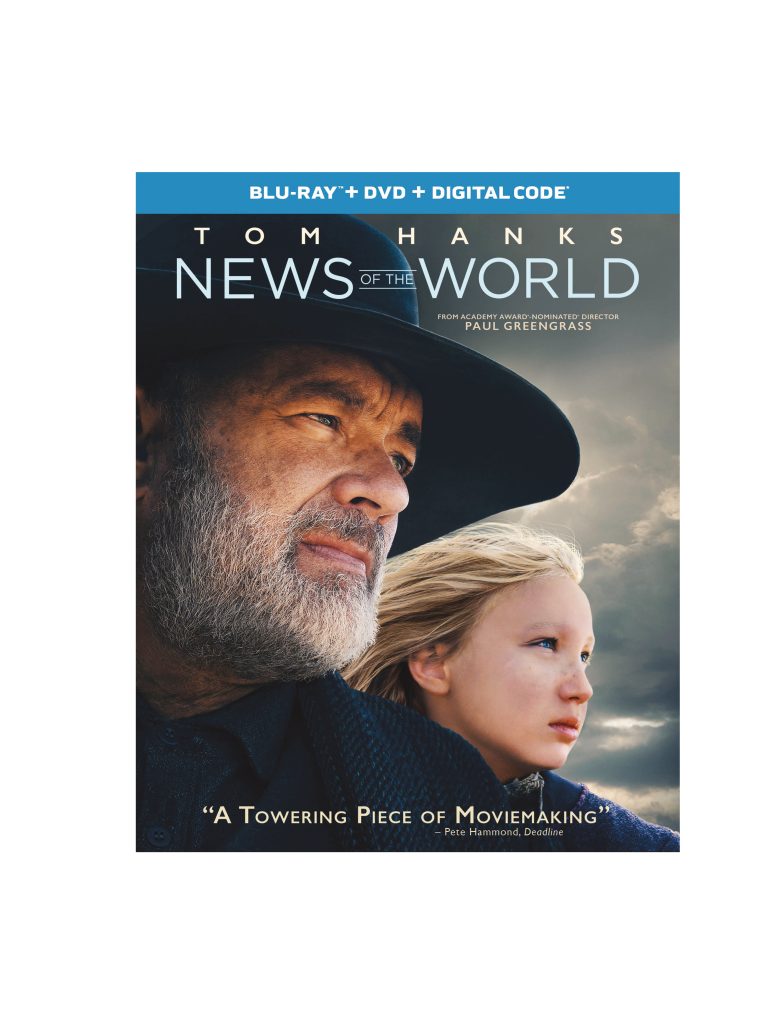