All negatives aside, this movie has a kick ass rock soundtrack and enough nostalgia surrounding it to keep it in regular VCR rotation forever.

“It’s gonna take a radical miracle to beat this guy!”

Small town kid tries out for a BMX bike racing tournament and turns the town upside down!

Paperboy Cru (Bill Allen) is all about BMX trick racing, and the whole town is in love with him for being a solid high school student and an upstanding citizen. His mom (Talia Shire, who produced the film) wants him to go to college, but the kid just wants to succeed as a BMX racer with sponsors and fame. When an entrepreneur comes to Cru’s small town and sets up an incredible bike race for the whole world to see, Cru sees it as destiny and decides to enter the race, going up against some of the best BMX bikers in the world, namely the #1 racer in the world, Bart Taylor (Bart Connor), who has oodles of charisma and sponsorship (not to mention two hot blondes at his side). But when the entrepreneur sees that the local paperboy might have an edge over his own sponsored racer (that would be Bart, of course), he sets an impossible entry fee for all racers: 50K. The whole town rallies behind Cru, and with full support from the local businesses and townspeople, he enters the race … and wins. Totally rad.

A VHS staple in the heyday of video rentals (it was my first VHS rental ever), Rad is a stunt-filled teen movie with just a sliver of a story to keep the bikes in motion. It has a little romance in it too: paperboy Cru falls for a cute pro biker named Christian (Lori Laughlin from Secret Admirer), and they have several bike riding montages that are fairly hilarious when you realize that Loughlin was doubled by a dude in a wig. It should also be mentioned that all of the high school kids are played by actors who were pushing 30. All negatives aside, this movie has a kick ass rock soundtrack and enough nostalgia surrounding it to keep it in regular VCR rotation forever. An homage sequel / rip off was made some 30 years later with Bill Allen called Heroes of Dirt. Allen also wrote a book about his experiences on Rad called My Rad Career. This was directed by famed stuntman Hal Needham.

Mill Creek’s new steelbook Blu-ray edition of Rad puts the film back in circulation after Vinegar Syndrome’s 4K / Blu-ray edition sold out in record time. For a film that was long out of circulation and only available on VHS, I’m sure this is a very welcome release. It comes with all the Vinegar Syndrome special features, including a superior 4K scan transfer, a Q and A, archival video interviews, a music video, and more. 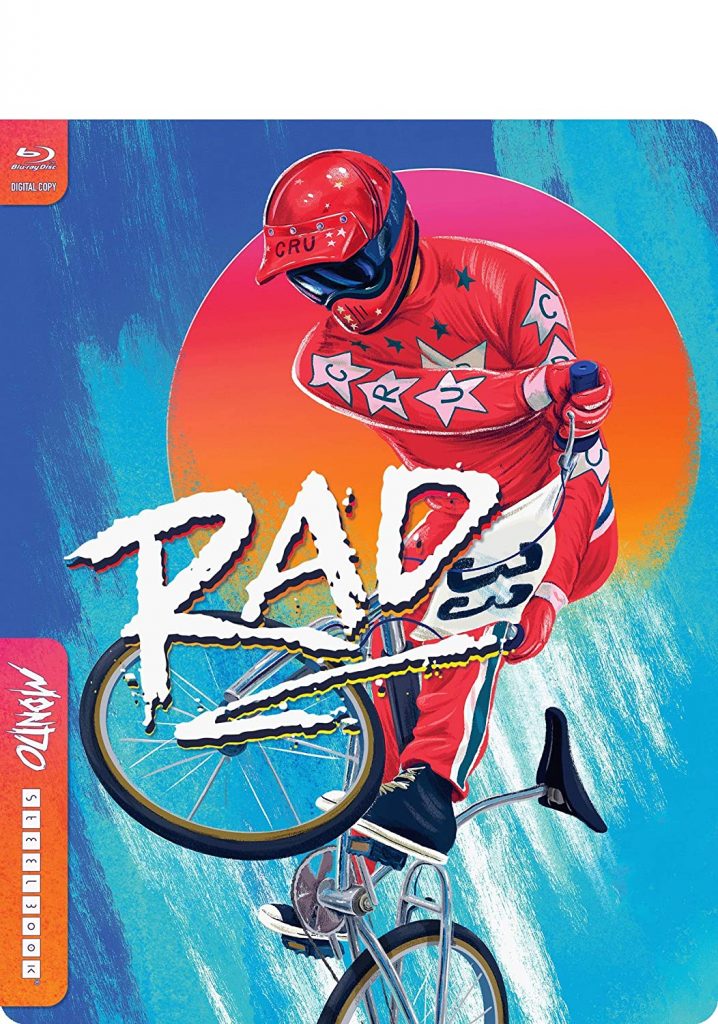