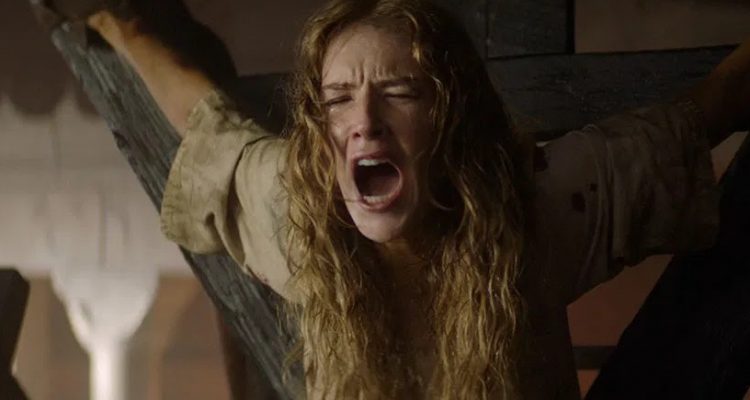 Good luck at the bad timing awards; I don’t think we really need to see a movie about The Plague right now but for some reason there is a new film from The Descent director Neil Marshall.

SYNOPSIS: THE RECKONING follows Grace Haverstock (Kirk), a young widow, haunted by the recent suicide of her husband Joseph (Anderson), who is falsely accused of being a witch by her jealous Landlord, Squire Pendleton (Steven Waddington, The Imitation Game), after she rejects his unwanted advances. Grace must endure physical persecution at the hands of England’s most ruthless witch-hunter Judge Moorcroft (Pertwee) and face her own inner demons as the Devil himself starts to work his way into her mind.