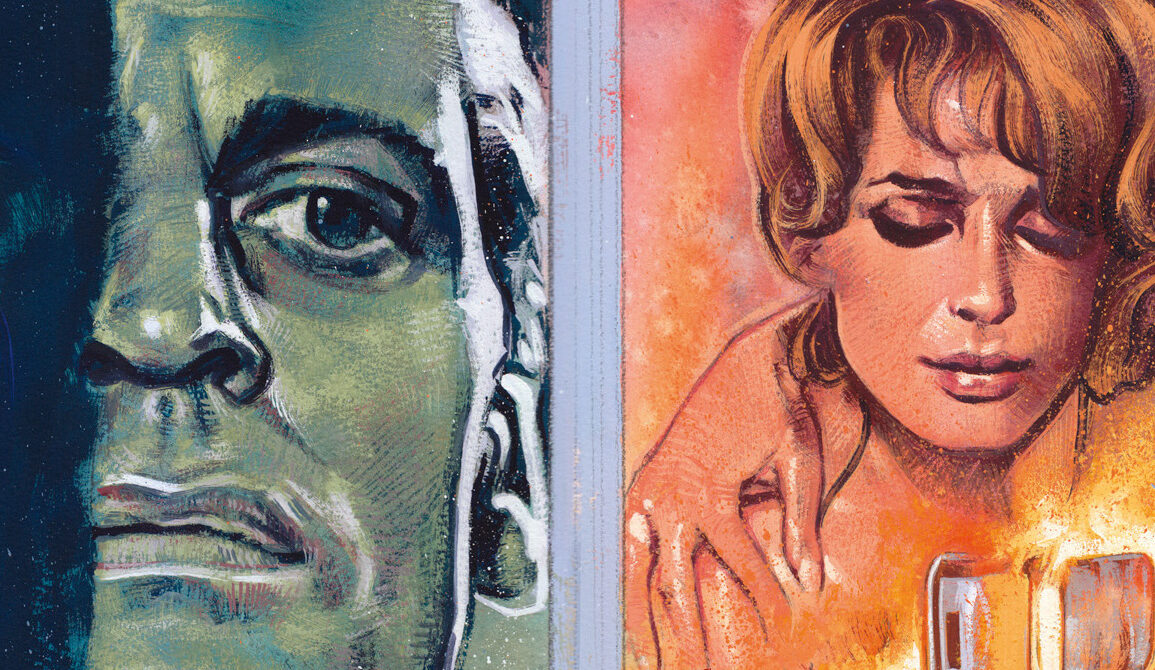 A colorful European production that blends kinky sexuality and strange giallo-esque mystery, Double Face is a fairly captivating drama with a good, committed performance by Kinski.

Wealthy aristocrat John Alexander (Klaus Kinski in a typically intense performance) is faced with the untimely death of his wife, who spectacularly crashes her car on the side of the road, leading the police to believe that her death was an accident. Instead of going into an expected period of mourning, he takes a vacation in the south of France, which makes the police think he might have engineered his wife’s crash for the insurance money. Meanwhile, John meets a stunningly beautiful young woman of 18 who literally appears naked in his shower, but not being in the mood for some random chick offering herself to him in the middle of the night, he gives her a ride to a psychedelic biker party where she steals his keys, leading him into a labyrinth of wild and crazy young ruffians having a party. He emerges at the other end, where a group has gathered to watch a stag film, and mildly curious, he observes. He’s stunned when it appears that his dead wife (a naked woman with distinguishing marks that are certainly his wife, he’s certain, but she’s hooded, so he can’t bet his life on it) is the star of a homemade porno film. He launches himself headfirst into a haphazard investigation to find the filmmaker of the stag film to get information on his wife, and the quest leads him into a seedy underbelly of scum and villainy. He even gets the cops involved, but they’re clueless and barely interested in his inquiry, and so he has to commit to his chase, which might lead him to answers he wishes he never found.

A colorful European production that blends kinky sexuality and strange giallo-esque mystery, Double Face is a fairly captivating drama with a good, committed performance by Kinski. The story is weird and seems to have inspired some spiritual successors like the Nicolas Cage film 8mm years later. It’s not a fast paced thriller or a gore fest like other Italian “horror” films of the era, but more of a slow build mystery with a few satisfying revelations that feel earned. Directed by Riccardo Freda.

Arrow Video recently released a nice looking Blu-ray edition of Double Face, and the transfer is a brand new 2K restoration. There are two audio tracks (Italian and English), and there are some alluring bonus features, including an insert booklet with an essay, as well as some video interviews, a new audio commentary by Video Watchdog Tim Lucas, and more. 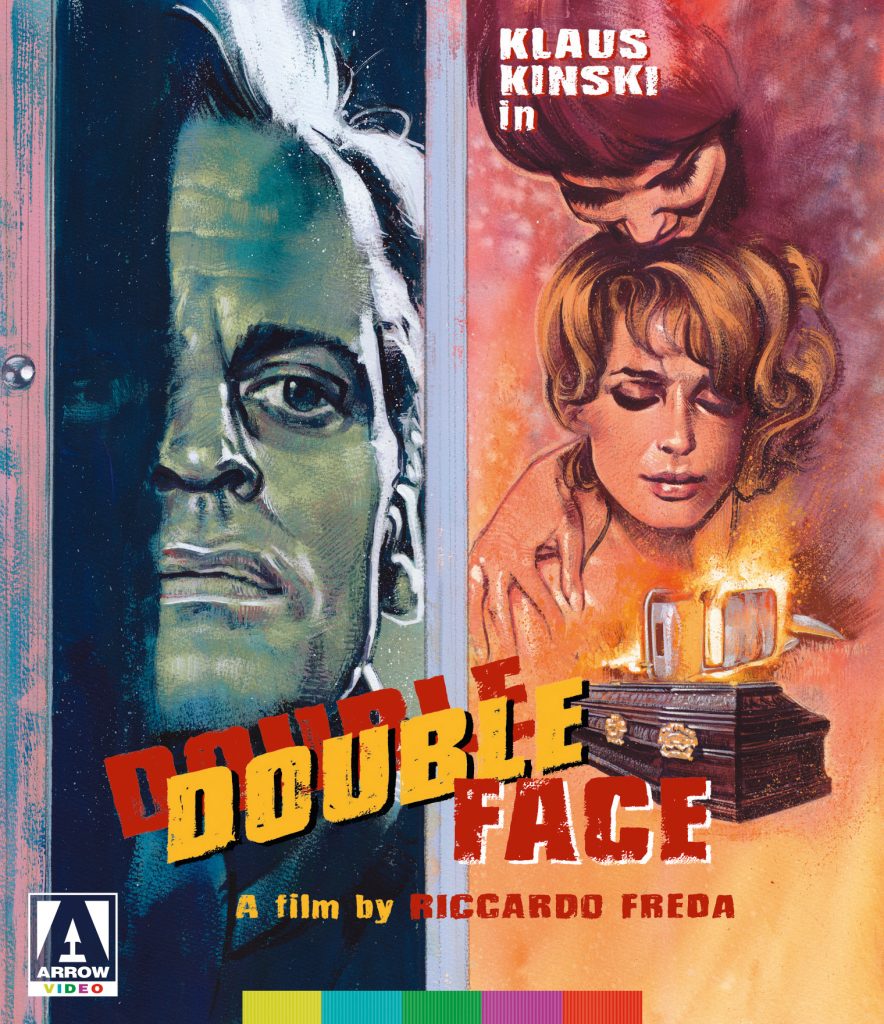