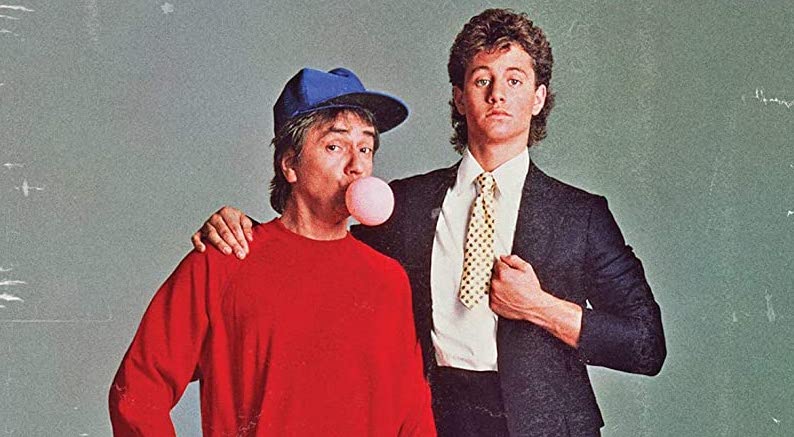 One of at least four teen / dad body swap movies to come out in a short period of time (the others were 18 Again!, Vice Versa, and Dream a Little Dream), Like Father Like Son is an infectious and instantly enjoyable comedy with some heart, thanks to a mostly innocent approach to the material.

Chris Hammond (Kirk Cameron) is a high school senior with the usual teen problems: He gets nervous around hot girls, struggles to achieve in his grades and on the track team, and lives in the shadow of his wealthy surgeon father Jack (Dudley Moore), who has already seen his future and how it will play out according to his expectations, which are that Chris will most certainly become a doctor. Chris has a support system in the form of his best friend Trigger (Sean Astin, who despite not being the lead certainly knows how to steal his scenes and emerge victorious over Cameron), a slacker who brings Chris a gag gift: a Native American tonic that his weird uncle brought home one day. When Jack accidentally takes the tonic and locks eyes with his son Chris, they swap bodies! With no way to reverse the effect, Chris in the body of his dad and Jack in the body of his son are thrust into each other’s worlds, and while Chris has no clue how to be a surgeon, much less a grown up, Jack screws up his son’s routine at school in a horrendous fashion by ruining his first date with the hottest girl in school, while also completely destroying his chances at being a track star, not to mention turning him into a school geek and untouchable when he proves himself to be smarter than all the teachers in school. With only Trigger to be their go-between and their only hope to get back to normal, Chris and Jack have a really weird few days in each other’s bodies, leading to some hilarious situations.

One of at least four teen / dad body swap movies to come out in a short period of time (the others were 18 Again!, Vice Versa, and Dream a Little Dream), Like Father Like Son is an infectious and instantly enjoyable comedy with some heart, thanks to a mostly innocent approach to the material. Dudley Moore has the best moments in the movie when he’s playing a teenager, and there are at least a few moments in the movie that had me in stitches. Despite being completely panned by critics – Leonard Maltin gave it a BOMB rating, and Roger Ebert gave it a one-star – I had a real ball with this movie, and it perplexes me why they hated it so much. It moves quickly, has fun, energetic and earnest performances, and to me it’s a complete winner as a coming of age comedy. Rod Daniel directed it.

Mill Creek’s new Blu-ray edition of Like Father Like Son is a bare-bones release, and the transfer could have been tighter and more refined, but for the price, it’s an easy decision to purchase. I’ll definitely watch this again at some point. It comes in a retro-style VHS-looking packaging. 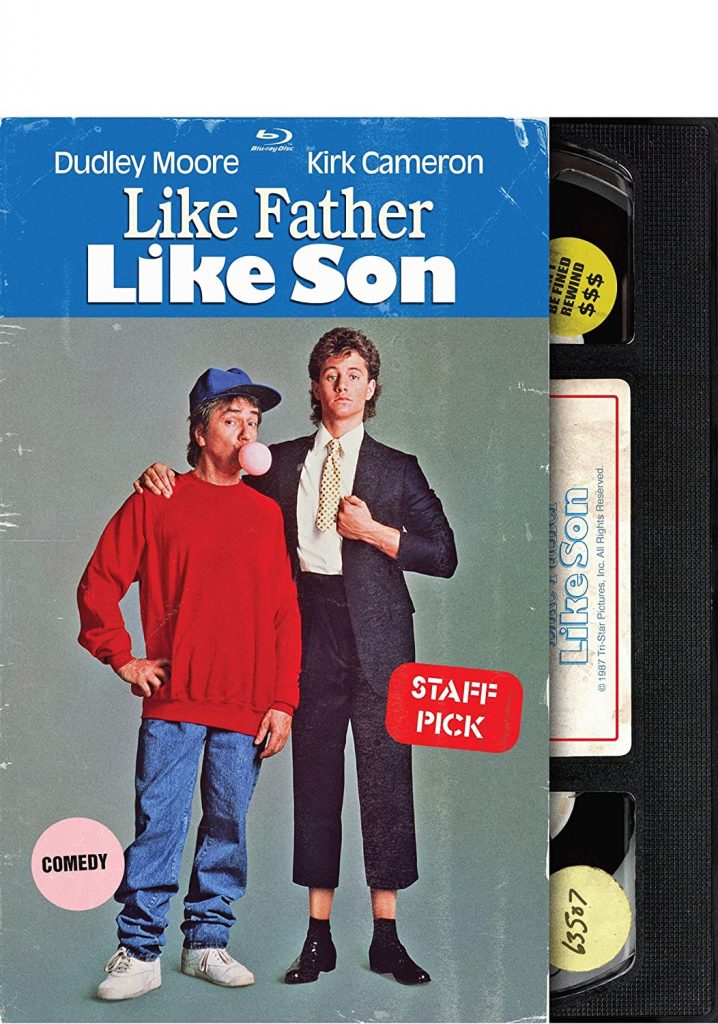