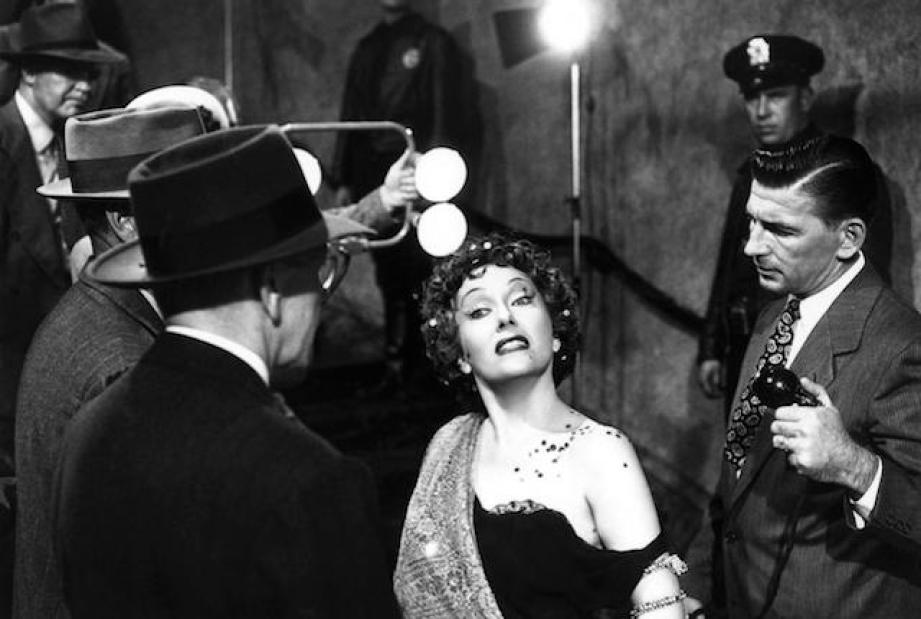 My First Trip to Sunset Boulevard (1950)

I’ll be honest and say that I only saw Sunset Boulevard for the first time recently; I’ve been expanding the types of movies I watch and want to focus on classics from the Golden Age of Hollywood on this site (as well as new movies).

It’s no wonder this is seen as one of the all-time greats as it still holds up well and remains an engaging tale of madness, manipulation and pride. Gloria Swanson is fabulously deranged and yet quite tragic as the former star turned shut-in Norma Desmond. She was big when movies were silent but then the pictures got small (in her words) when “talkies” were introduced and she faded into obscurity.

Her house is disheveled and the only company Norma has is her loyal butler/Ex-husband Max (Erich von Stroheim) who essentially answers her every whim because he still adores her.

When down on his luck writer Joe Gillis (William Holden) stumbles into her house while escaping some people he owes money to he develops a (kind of) friendship with Norma and she asks him to finish writing her script… which is for the most part terrible. He’s a surprisingly cynical character who is always sardonic towards her but despite that she falls in love with him in her own bizarre way.

The feeling is not mutual however, as he realizes that she has lost her marbles and still desperately clings on to yesterday trying to stay relevant.

The funny thing is that Joe is in a similar situation to Norma but just sees her as a sad old lady holding on to former glories.

I found Joe rather unlikable, as he was quite happy to use Norma and take her money (and use her name) to try and get back on top in Hollywood after a series of failed scripts of his own.

I thought the real hero of the tale was Nancy Olson as Joe’s friend Betty Schaefer who was far more than just a love interest but well developed and had her own motivations. She’s a script reader for Paramount Pictures and dreams of becoming a writer and sees Joe as someone who once had great potential. He doesn’t anymore however, and has essentially given up; he just writes hack scripts that nobody wants to read so Betty is the one with the real talent.

Their potential relationship is sabotaged by Norma who despite her age is still a master manipulator, so Betty reluctantly goes off and marries Joe’s best friend Artie. Shortly after that Joe pushes Norma too far and she ends up shooting him, leaving him floating face-down in her pool which has become an iconic image in cinema history.

All the characters were well drawn entirely due to the legendary Billy Wilder’s writing and direction and I found myself thinking about the movie regularly after watching it.

The film still holds up today and my main thoughts were it could easily be the story of say, an 80’s action star who had their time to shine but is now relegated to straight to DVD movies because times have changed and they failed to adapt.

So those are my thoughts on Sunset Boulevard; it’s beautifully acted, tragic and shocking with a real sting in the tail that demonstrates the harsh realities of Hollywood and essentially being crushed by your dreams.