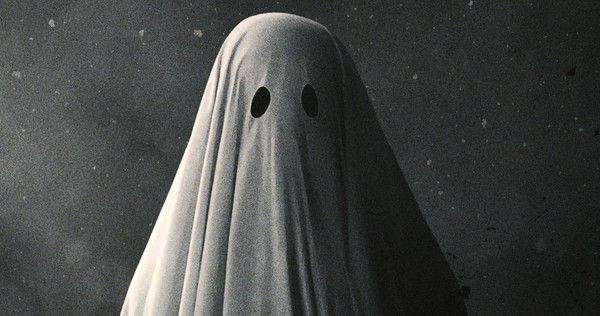 A Ghost Story will be an acquired taste and certainly won’t be for everyone with its infuriatingly slow pacing but it remains one of the most unique pictures of the year and any chance to be challenged by cinema is worth taking if you ask me.

Plot: Recently deceased, a white-sheeted ghost returns to his suburban home to console his bereft wife, only to find that in his spectral state, he has become unstuck in time, forced to watch passively as the life he knew and the woman he loves slowly slip away. Increasingly unmoored, the ghost embarks on a cosmic journey through memory and history, confronting life’s ineffable questions and the enormity of existence.

Review: I saw this movie as part of the Oakville Film Festival last night and had no idea what to expect; I deliberately stayed away from trailers so I could go in with a completely open mind. That really is a great way to approach movies; with so many ads and TV spots today I find so many are ruined by too much publicity. Usually by the time you watch the movie you’ve already seen half of it.

A Ghost Story is only 87 minutes long which is refreshing in this day and age but I’ll be honest and say the first half really dragged. The director warned us beforehand that the film is very slow and to just let it wash over you which is exactly what I did. I have no problem with a slowburn movie but one scene in particular had the audience twitching where shortly after Casey Affleck’s (unnamed) character passes away his wife played by Rooney Mara is bereft and spends what feels like the next 15 minutes eating a pie. We watch her eat the entire thing and I said to my brother “if she doesn’t finish that godforsaken pie in the next few seconds I am walking out”. I think she heard me though and after that scene the film kicked into gear and I understood what was going on. It was done to demonstrate the slow passing of time which is one of the key themes of the movie as well as letting go.

Although it isn’t a scary film in any way there is a creepiness to this white sheet wearing ghost that just stands staring for so long. It reminded me a little of the classic scene from Halloween when Michael Myers is wearing a bedsheet before killing an unsuspecting girl. No such thing happens in this tale however, this asks deeper questions about life after death and as previously mentioned the passing of time and existence.

There is very little in the way of dialogue and it’s mostly the ghost watching the world go by; this is a movie that requires a lot of patience from the viewer but I really must stress that it is worth waiting for. I don’t want to spoil anything but I found A Ghost Story surprisingly profound as we see what must be hundreds of years pass without ever ramming a message down our throats. A lot of it is open for interpretation but despite limited dialogue I found myself getting quite emotional at times but never feeling manipulated which is tough to pull off.

It’s wonderfully shot and there is a strange beauty to watching our ghost walking across fields as he witnesses the world change around him. The music is sublime with a gorgeous score as well as some haunting songs which really help the atmosphere.

A few years ago I probably would have walked out of the movie because I was frankly a bit of a cretin when it came to more arthouse fare but after watching many David Lynch movies I have gained a greater appreciation for movies like this.

A Ghost Story has a few Lynchian traits like scenes that go on for too long which are deliberately there to make the viewer feel uneasy but then are counterbalanced by something odd happening.

Overall, A Ghost Story will be an acquired taste and certainly won’t be for everyone with its infuriatingly slow pacing but it remains one of the most unique pictures of the year and any chance to be challenged by cinema is worth taking if you ask me.