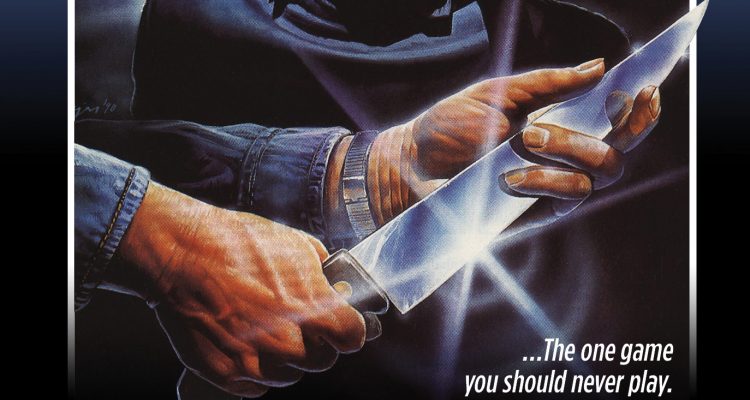 A disarming and pretty messed up thriller that had me cringing in my seat (for all the best reasons), Mind Games is a gnarly piece of horror filmmaking from director Bob Yari and screenwriter Kenneth Dorward.

A road trip for a family takes a turn for the worse when they pick up a psychopathic hitchhiker.

Husband and wife Dana and Rita Lund (Edward Albert and Shawn Weatherly) are on the verge of divorce, but decide to take a road trip in their Winnebago with their 10-year old son Kevin (Matt Norero) to see if there’s any way of salvaging their rocky relationship. Early on in the trip, their son meets a charming young man camping in the woods named Eric (Maxwell Caulfield) who seems like a great guy, and when Dana takes a shine to him as well, he’s invited to join the family for a while, at least until Eric decides to move on. Almost immediately, we learn that Eric is a psychopath studying psychology, and he uses young Kevin as his test subject, exposing him to a secretive, dangerous side of the human condition. He manages to manipulate and control the boy into following along with him on a chilling crime spree, and then he begins working on the unhappy, distrusting (and quite beautiful) wife Rita, who also falls under his spell, despite guarding herself against him. Before long, the Lund road trip turns into a fight for survival as Eric has marked Dana for death, and his mind games will result in a desperate last stand for the family whose new “friend” turns out to be the incarnation of the ultimate evil.

A disarming and pretty messed up thriller that had me cringing in my seat (for all the best reasons), Mind Games is a gnarly piece of horror filmmaking from director Bob Yari and screenwriter Kenneth Dorward. The bold faced treatment of the way the psycho works his sinister sorcery on the kid had me from the get-go, and I sincerely doubt something like this would be handled this way in a movie today. The casting is pretty solid, and if you’re into screwed up thrillers (albeit one with some payoff at the end), then here’s your next discovery.

MVD Rewind recently released Mind Games onto DVD and blu ray, and the blu ray edition is presented in nice, crisp high definition, and comes with a ton of bonus features, including a feature-length making-of video, and a fold out poster. 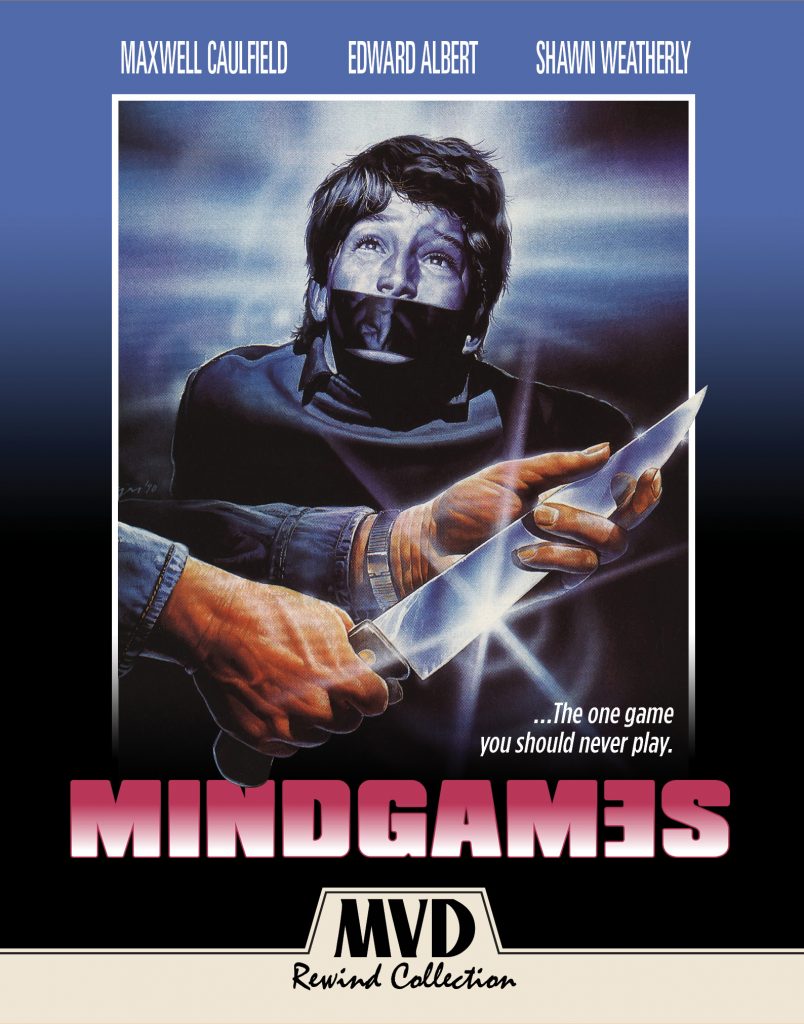