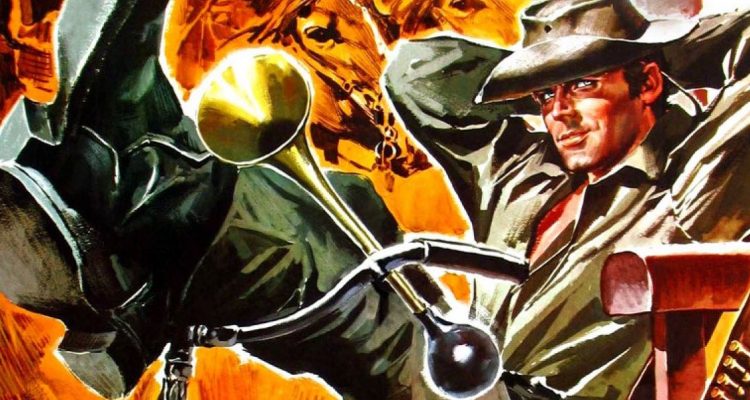 A spry spaghetti western with a heap of unexpected laughs, Man of the East turns the genre upside the head and has a ball with it.

Three randy outlaws teach the son of a fallen comrade the ways of the world and how to be a real man.

After spending a season apart after their leader is killed, three compadres – Bull (Gregory Walcott), Monkey (Dominic Barto), and Holy Joe (Harry Carey Jr.) – reunite and begin their robbing and pillaging as usual, only this time they try robbing a dandy man of the east, who happens to be the son of their fallen comrade. The dandy is a handsome, educated young man named Thomas (Terence Hill), who has a way with the ladies, but doesn’t have a clue on how to defend himself or to even properly wield a gun, and so Bull, Monkey, and Holy Joe become his surrogate parents for a while at the behest of their late friend, whose last wish was for them to learn his son a thing or two. When they all end up in a little town all but owned and run by a corrupt landowner with a cadre of rough and rowdy henchmen, Thomas sets his eyes on the pretty daughter of the baron, which puts him in the sights of the baron and his men. After several losing encounters with the henchmen, Thomas spends a month getting all the fighting and shooting lessons he can stand (it’s a good thing he’s a great sport), and when his learnin’ is done, he’s more than a match for the baron’s henchmen, who won’t stand a chance against a highly educated and now very formidable fighter and shootist.

A spry spaghetti western with a heap of unexpected laughs, Man of the East turns the genre upside the head and has a ball with it. With some great comedic moments and a pretty hilarious script by Enzo Barboni (who also directed under the pseudonym “E.B. Clucher”), the movie’s best moments belong to Walcott, Barto, and Carey Jr., but Hill is also a hoot as the happy-go-lucky dapper dandy. Light on action, but every bit a spaghetti western as any other, the movie doesn’t concern itself with shootouts and gun downs, but instead builds its fun story around a plot that manages to engage, while also challenging itself within its genre. It’s overlong at 125 minutes, but it’s worth it.

Kino Lorber’s new Blu-ray release of Man of the East comes to high definition for the first time, and for fans of the genre, it’s a must-own. It comes with a new audio commentary by filmmaker Alex Cox (Repo Man, Walker), who’s a big fan of spaghetti westerns. The trailer is also included. 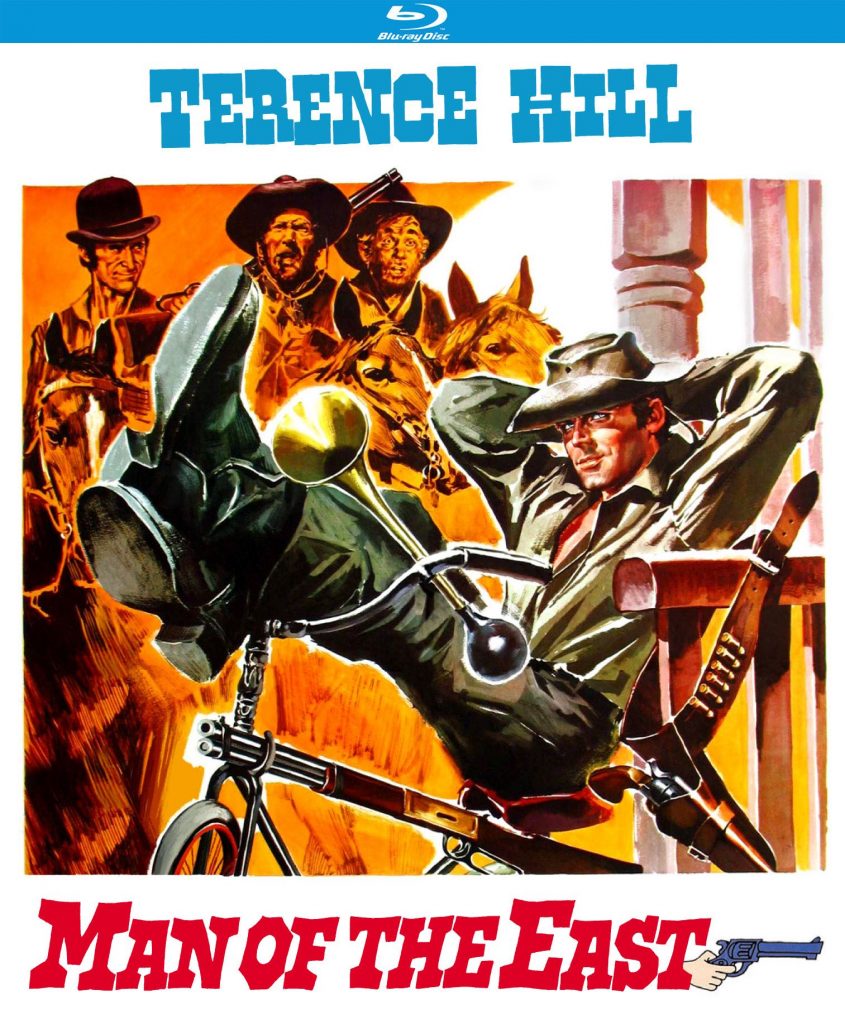