The story isn’t much of anything, but it does somehow grab ahold of a moment, and that moment in time miraculously makes Mallrats a prescient movie, even today.

Unlikable, unemployable, comic book geek slacker Brodie (Jason Lee) is dumped by his girlfriend Rene (Shannon Doherty) for a myriad of reasons, and so he takes his buddy TS (Jeremy London) to the mall to mope. TS is also going through some heartbreak, as his girlfriend (Claire Forlani) dumped him that day as well, which sucks because it was supposed to be the weekend he’d been planning to propose to her. Once at the mall, Brodie and TS chat the hours away, while dodging a dangerous dudebro (played by Ben Affleck), commingling with stoners Jay (Jason Mewes) and Silent Bob (Kevin Smith, who also wrote and directed), and going head to head with TS’s girlfriend’s gruff dad (Michael Rooker), who is in charge of erecting a set in the mall to be used for a romantic dating game show. Brodie gets romantic advice from Stan the Man Lee, while TS sees the game show as an opportunity to show his stuff as a romantic prospect, for none other than his own girlfriend, who will be featured as the bachelorette.

A certifiable box office bomb turned cult favorite, Mallrats managed to capture the unappealing fascination with pop culture and comic book obsession, as seen through the point of view of a genuine douche bag hero, played by Jason Lee, and as it does, it somehow foresaw the future of superhero adoration and the rise of Marvel and self entitlement that the internet would eventually bestow on legions of young men. The story isn’t much of anything, but it does somehow grab ahold of a moment, and that moment in time miraculously makes Mallrats a prescient movie, even today. I can’t stand the character Lee plays, but he’s cast exactly right for the kind of character he plays. I totally understand how this movie would gain popularity over the years, and it makes sense that Kevin Smith’s style would somehow remain in vogue on the fringe 25 years after the fact.

Mallrats comes to Blu-ray again, courtesy of Arrow Video, who has done a two-disc edition with three versions of the film: The theatrical cut, the extended director’s version, and the censored TV cut. All but the TV cut have been restored by Arrow, and there are multiple new and archival interviews with cast and crew, and new and old intros to the versions, thanks to Smith who provides some funny anecdotes on camera. There’s a ton of bonus material to sift through, so if Mallrats is your jam, then toss out your old home video versions and enjoy this definitive edition. 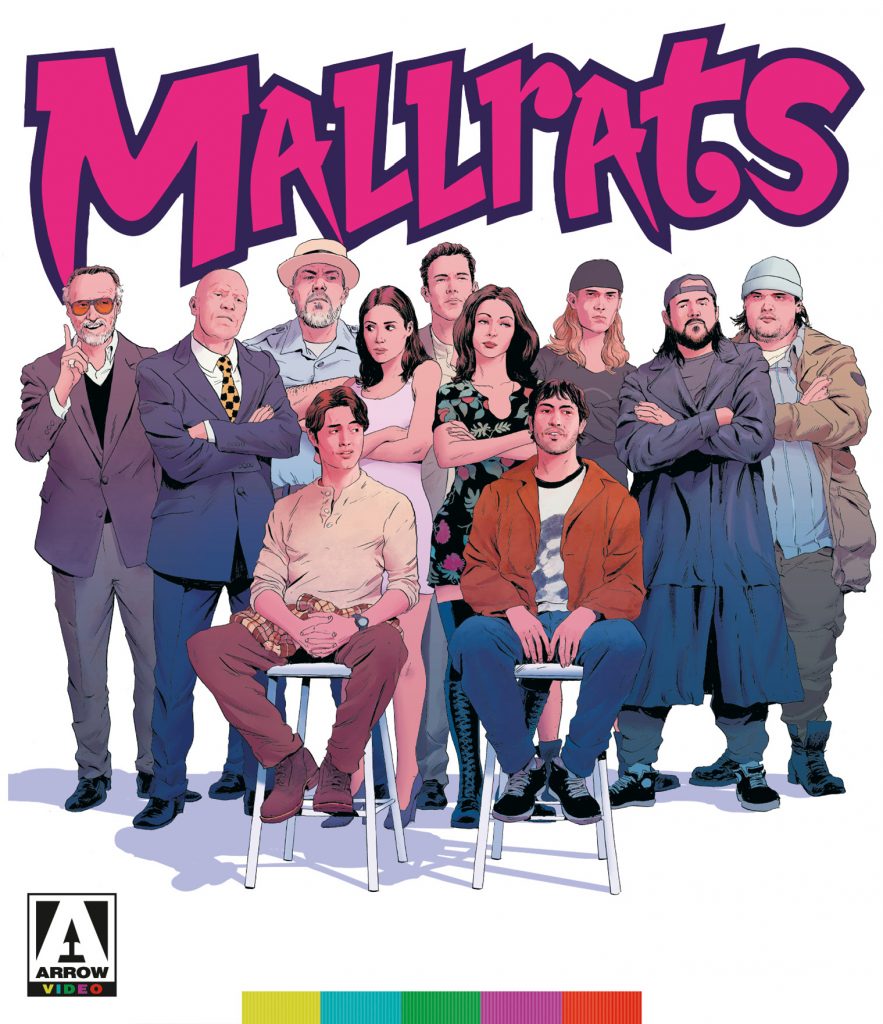