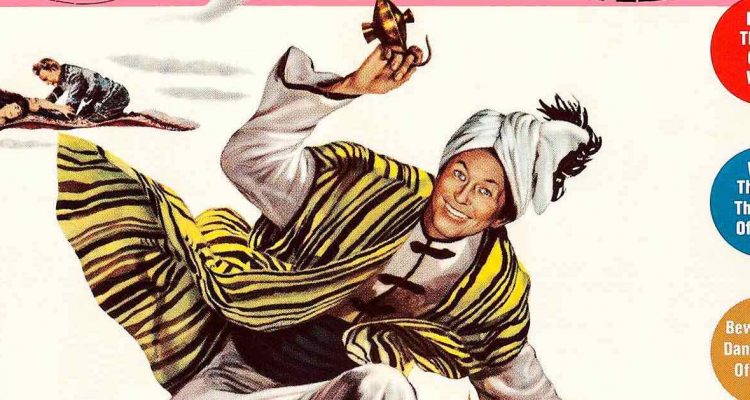 Even with some dopey special effects like a half-assed magic carpet ride at the end, the movie isn’t much of an Arabian Nights adventure, though it was co-directed by genre legend Mario Bava and Henry Levin.

Let the magic carpet glide you back to ancient Baghdad! Meet Aladdin and follow him through a maze of wild adventures with Amazon queens, desert bandits, magicians, princes, paupers and—last but not least—an adorable 9-foot-tall genie who will grant the young man three wishes if he sets him free from his lamp, which has held him prisoner for 12,000 years.

Miscast Donald O’Connor plays mamma’s boy street urchin Aladdin, who has no real responsibilities or ambitions, and when his mother buys him a cheap, dinky lamp from a street merchant, Aladdin’s destiny takes a turn for the interesting. After being chased by a mob for stealing some bread, he rubs his lamp for some light in an alley and is surprised when a huge genie (played by Vittorio De Sica) answers the call. After throwing away his first wish, Aladdin gains a strongman sidekick, but his way in life still meanders until he books passage to a royal wedding across the desert just for the heck of it. Along the way, the royal prince (played by Terence Hill) and his entire entourage are besieged by the Grand Vizier’s mercenaries, leading to a situation that would jeopardize the fate of the kingdom … if it were not for lucky Aladdin and his magic lamp. Aladdin and his burly sidekick save a pretty maiden, end up in prison with the prince, and through some shenanigans end up in the royal court and turn the tables on the evil Vizier with a little help from the genie.

Pure kid stuff, The Wonders of Aladdin felt like a watered down version of what Danny Kaye might’ve done with the material, but as it stands, it sort of meanders and sidelines Aladdin in favor of intrigue and side characters. Even with some dopey special effects like a half-assed magic carpet ride at the end, the movie isn’t much of an Arabian Nights adventure, though it was co-directed by genre legend Mario Bava and Henry Levin. It kept me casually interested for 90 minutes, but I doubt I’ll ever want to watch it again.

Kino Lorber has just released a new Blu-ray edition of The Wonders of Aladdin, and it comes in a new 4K master, which is nice. Film historian Tim Lucas provides an informative commentary, and there are bonus trailers on the disc as well. 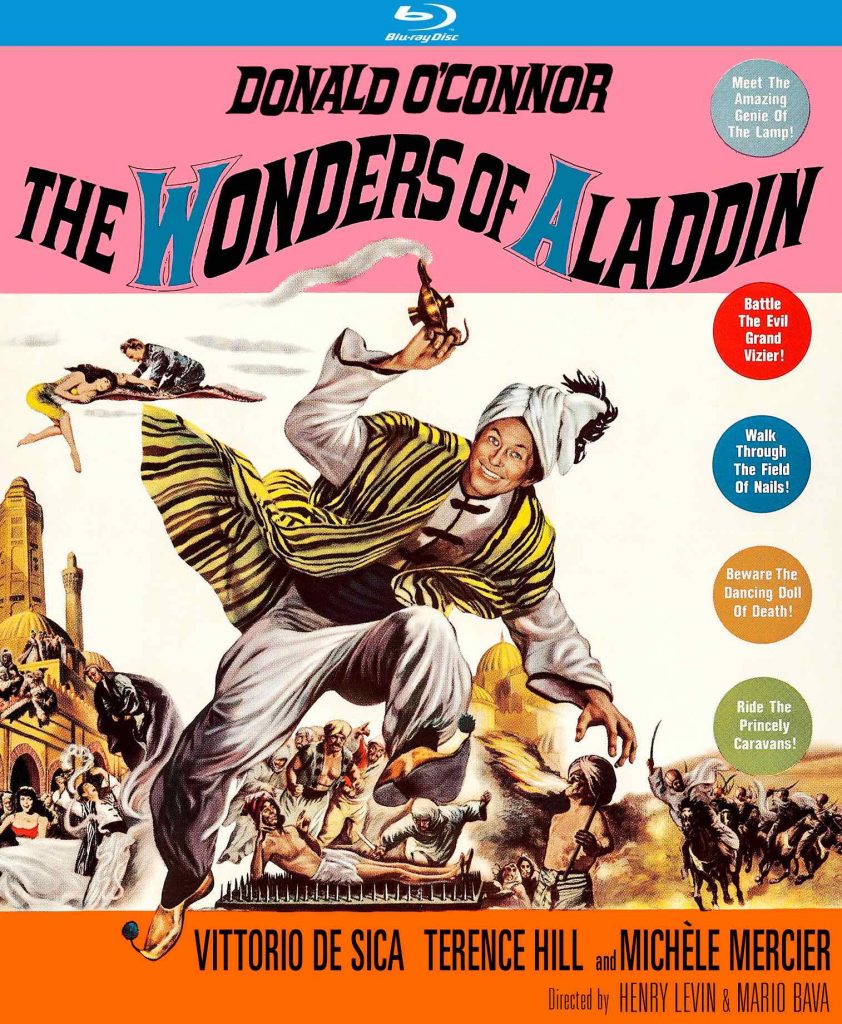