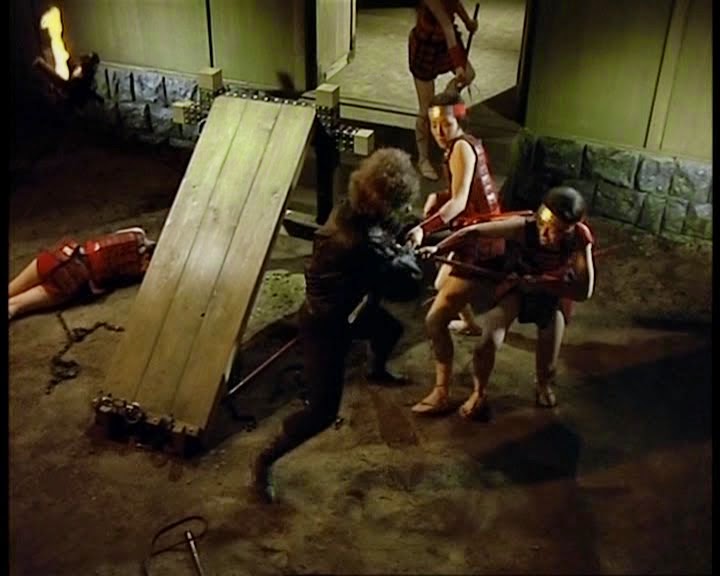 The Beast and the Magic Sword is a fantastical ride and an interesting take on the classic werewolf story.

Plot: Waldemar Daninsky (Paul Naschy) travels to Japan to seek a cure for his werewolf curse.

Story: If you had told me that there was a movie out there that combined the Universal Monsters classic horror monster, the Wolfman, with a story that took it back to 16th century Spain and then onward to feudal Japan…I would have told you that was nuts. Yet, here I sit telling you that not only does such a movie exist, but I have seen it! It’s called The Beast and the Magic Sword, the 10th film that Paul Naschy portrays the Waldemar Daninsky character, a figure fraught by a werewolf curse.

This is one of the more unusual stories you’ll come across. It’s hard to even qualify what you see on screen; this really does harken back to the old Wolfman movies, but it’s told in such a way that it’s nothing you’ve seen before. Things seem to be going a certain way, and then something will happen, and you’ll get blindsided by it, and the story will just go in a different direction, from historical epic to horror to pure fantasy. It’s a wild ride.

The acting is pretty good, and I have to say, the effects are great, very 80s and somewhat low budget, but you get a nostalgic feel, it’s not effects that come out of a computer. Everything is practical, which makes it feel more authentic. I do really like the Wolfman makeup – it literally harkens back to the Jack Pierce makeup on Lon Chaney Jr., which I always liked. I know that modern Wolfman makeup has tried to make the transformation more into a wolf than anything, but I like the humanoid concept of the creature.

As for thrills, you betcha. There’s some gore, which I didn’t expect, there are some good fights, and man oh man, the Wolfman at one point fights a tiger, and I mean, it’s an actual tiger; no CGI here. Not a quick fight either, you can see the blow by blow – I don’t know what they paid the stuntman who had to fight the tiger, but I guarantee you, it’s not enough. With all the transformations and tearing out of throats and fighting animals and the undead, there’s still a solid story behind it.

If there’s one criticism I have, it’s that most of the characters are relatively unremarkable. Waldemar has a couple of female companions, but they don’t make much of an impact on the story. Likewise, there’s a love angle they try at one point, but it feels like it comes out of nowhere and doesn’t quite fit. However, Waldemar is excellent, I really liked the Japanese scientist, and the sinister Japanese witch is terrific.

So, did I like the film? Yes, I did. It’s one of the most creative and imaginative versions of this type of story I’ve seen, and for that, it gets my wholehearted recommendation. It won’t be for everyone, I think – there’s going to be some people laughing at the relatively primitive effects or the semi-coherent narrative. For myself, having been a fan of the Universal Monsters for a long time, this provides an interesting twist on a popular legend, and for that, I applaud both the effort and the result.