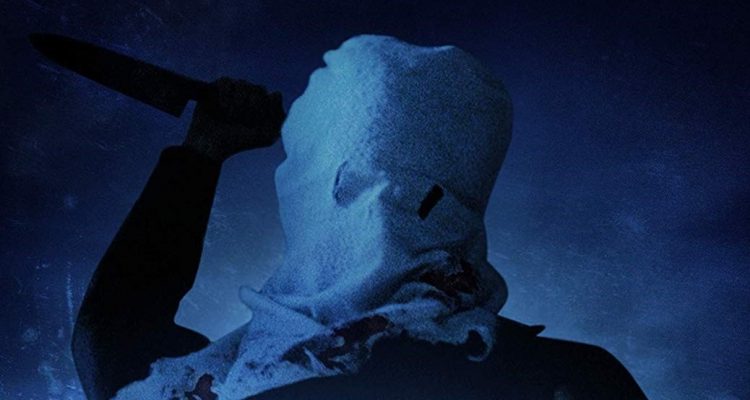 Disturbing themes don’t diminish Malevolence from being a nicely filmed throwback (shot in 35mm) to slashers from the ’70s and ’80s.

Plot: It’s ten years after the kidnapping of Martin Bristol. Taken from a backyard swing at his home at the age of six, he is forced to witness unspeakable crimes of a deranged madman. For years, Martin’s whereabouts have remained a mystery…until now.

Review: Four bank robbers execute a heist that nets them almost a half a million in cash, but the robbery is botched, and one of them is killed. The others split up and agree to meet later that night at an abandoned house in the middle of nowhere, and when the guy with the cash gets a flat tire on his way to the house, he carjacks a mom travelling in a minivan with her daughter after a softball game in the park. He takes them to the abandoned house, ties them up, and waits for his partners to arrive. The little girl unties herself, gets away, and runs into the field around the house and ends up in an abandoned slaughterhouse. Her captor chases after her, but instead of finding her, he encounters … a killer, who’s been living in the slaughterhouse for ten years. In fact, we learn that the killer was kidnapped as a child and raised by a serial killer and forced to watch and study killings, and now that child has become a bit of a Jason Voorhees, living in the shadows, waiting for little, buzzing flies to wander into his trap. He puts on the bank robber’s mask, and wanders over to the house nearby where the others have arrived to collect their loot, and what follows is a horror of errors, as the robbers believe the killer is their partner, and the tied up woman must endure the most harrowing night of her life.

Disturbing themes don’t diminish Malevolence from being a nicely filmed throwback (shot in 35mm) to slashers from the ’70s and ’80s. It has plenty of suspense, and a sense of dread permeates the entire picture, from beginning to end. There’s nothing new about this stuff, but when it’s done right – like it’s done here – you can appreciate the craft. Writer / producer / director Stevan Mena knows the genre really well, and you can tell he loves it dearly. There’s nothing ironic or goofy about Malevolence; it’s creepy, nicely scored, and keeps you invested until the last moments.

Formerly released on DVD by Anchor Bay, Malevolence has just been restored to high definition on a new Blu-ray release, which comes with a ton of special features. Highly recommended for fans of the genre, this one is a perfect choice for the Halloween season. Followed by Malevolence 2: Bereavement. 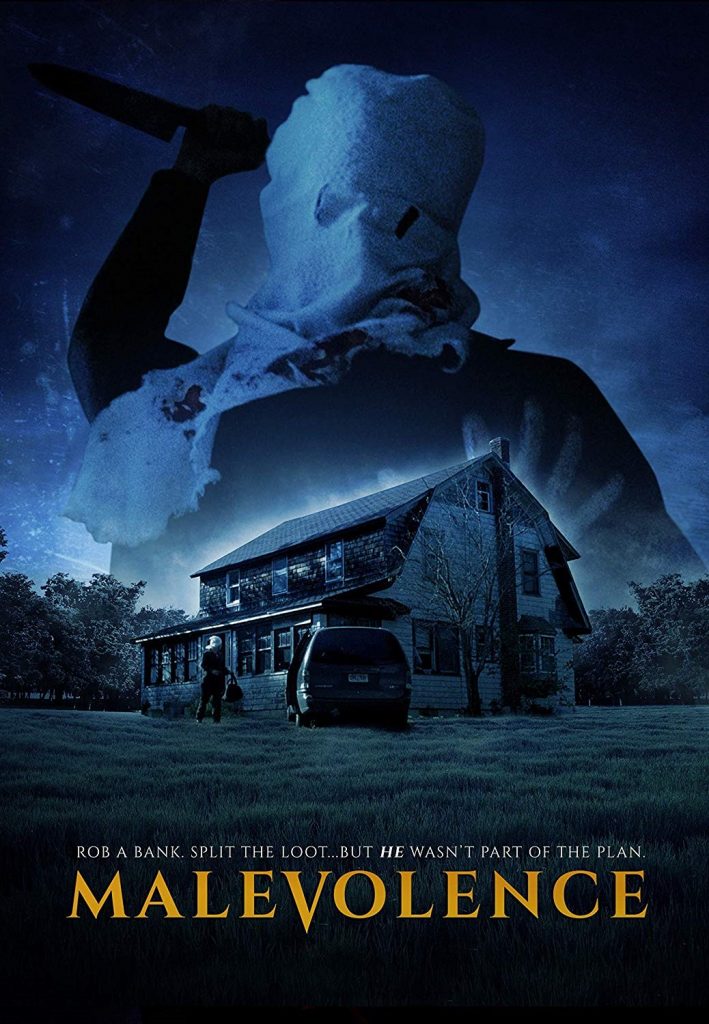