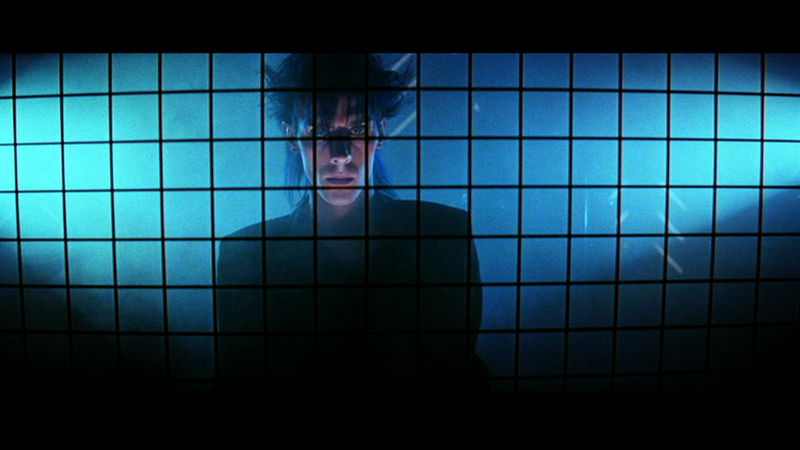 The Hunger is an entertaining horror film that has a good cast who are used well for the most part, it looks great visually, is well directed by Tony Scott, moves at pretty decent pace, and has an interesting premise.

Plot: The Egyptian vampire lady Miriam subsists upon the blood of her lovers. In return the guys or girls don’t age until Miriam has had enough of them. Unfortunately that’s currently the case with John, so his life expectancy is less than 24 hours. Desperately he seeks help from, the famous, Dr. Sarah Roberts. She doesn’t really believe his story, but becomes curious and contacts Miriam . . . and gets caught in her spell, too.

Review: I’ve been wanting to watch this one ever since I heard about it just a few years ago, what’s strange is it’s from one of my favorite directors Tony Scott, but I digress.

This is what I can say I like, but don’t love, for the most part it’s well done and the story that is there at times is interesting.

The cast for the most part do a good job particularly Susan Sarandon and David Bowie who are the standouts.

Tony Scott does a great job with creating the atmosphere for the film, it’s well done at times, and made me think that he should’ve done another horror film (personally, I would’ve loved to have seen him direct a haunted house film, but that’s just me.) His direction is pretty solid for the most part and showcased himself as someone who had an unique style.

The film looks great visually, as is the case with the majority of his films.

I also thought it was creative with how the vampires attacked their victims, these weren’t your traditional vampires that you see and I liked that.

Now for the problems; for most of his career, Tony Scott was always criticized for his films being style over substance and for his frenetic editing style.  Those two aspects do happen here, and sometimes can get a bit distracting at times.  I do wish he would’ve calmed down with the editing during certain scenes of the film.

My final complaint is the ending, which I felt could’ve been done better and just felt rushed, you can tell the studio wanted sequels to this, and that’s unfortunate. They should’ve let them go with the ending they wanted to do in the first place.

Overall, The Hunger is an entertaining horror film that has a good cast who are used well for the most part, it looks great visually, is well directed by Tony Scott, moves at pretty decent pace, and has an interesting premise.