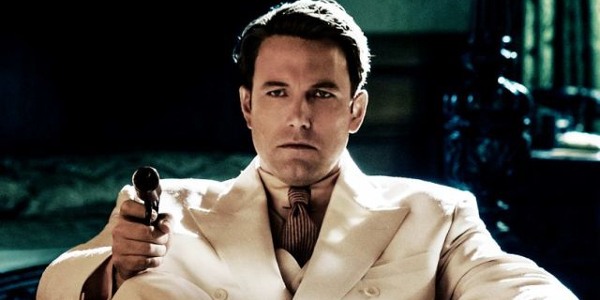 Live By Night brings nothing new to the gangster genre but I still enjoyed it simply because I love these kinds of movies and the shoot out at the end is pretty satisfying.

Plot: It’s the Roaring `20s and Prohibition hasn’t stopped the flow of booze in an underground network of gangster-run speakeasies. The opportunity to gain power and money is there for any man with enough ambition and nerve, and Joe Coughlin, the son of the Boston Police superintendent, long ago turned his back on his strict upbringing for the spoils of being an outlaw. But even among criminals there are rules, and Joe breaks a big one: crossing a powerful mob boss by stealing his money and his moll.

Review: Live By Night got dismissed by pretty much everyone when it was released and Ben Affleck really does seem to get a lot of unnecessary hate. He’s an incredibly talented filmmaker and I personally thought he was an awesome Batman too. But we’re not here to talk about The Dark Knight, today this is all about Live By Night; an old-fashioned and pretty straightforward gangster flick with Affleck playing rising mobster Joe Coughlin.

I think Affleck brings an easy likability to the majority of his characters and despite Coughlin not exactly being a nice guy I really enjoyed watching his story pan out. He doesn’t want to be a killer but as he discovers, when you work in this kind of business then bodies are going to drop whether you like it or not.

I’d agree that it doesn’t bring anything especially new to the genre and it’s pretty predictable in terms of story but it has plenty of R rated violence and the shoot-out at the end is satisfyingly bloody.

The biggest flaw with the film (which is a flaw with the gangster genre in general) is that you feel nothing while watching it; you never really care for any of these characters because they are criminals so you already know that their lives won’t end happily. Affleck does his best trying to make Coughlin more human as his relationship with Graciela (Zoe Saldana) blossoms but he just isn’t all that interesting a character.

Despite any of the flaws though, I couldn’t help but enjoy the film simply because I love gangster movies and dammit all I just want Affleck to be successful. It also has a solid supporting cast that includes Chris Cooper and Zoe Saldana.

Overall, Live By Night brings nothing new to the gangster genre but I still enjoyed it simply because I love these kinds of movies and the shoot out at the end is pretty satisfying.