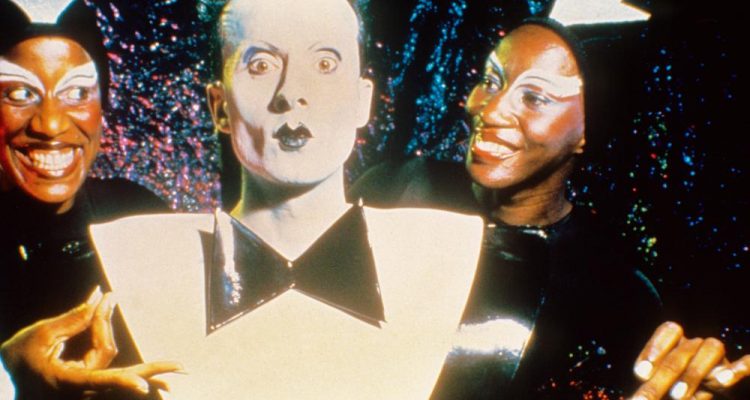 A great document of the era, giving these performers indelible moments to shine.

Plot: Punk, New Wave, Reggae and Techno bands from Europe and the US recorded live in several locations in 1980. The biggest names on the bill are the Police and UB 40 but every performance is a jewel, a time capsule of the influenced and the influential in rock music right up to today.

Review: A cavalcade of live music acts recorded around the world in 1980, the concert film Urgh! A Music War captures some of the biggest and best punk, New Wave, and fringe rock and reggae acts of the era, but it also documents some of the more obscure acts of the period as well. The film never takes a breather, going from one act to the next, allowing each band or artist one song each (The Police gets two) to showcase what they do best, and there’s literally not a second’s break as the film cuts right to the moment when the next band begins their song. It’s a little jarring at times, but we get to see Devo, Oingo Boingo, The Cramps, The Go-Gos, Joan Jett, Toyah Wilcox, OMD, Wall of Voodoo, XTC, Steel Pulse, Echo and the Bunnymen, Gary Numan, Klaus Nomi, X, and a whole bunch more sing some of their signature songs. The highlights for me were Oingo Boingo doing “Ain’t This the Life”, Gary Numan doing a bizarre but awesome performance of “Down in the Dark,” OMD doing “Enola Gay,” XTC doing “Respectable Street,” and The Cramps doing an amazing performance of “Tear it Up.” The film is uneven with some contrasting music choices to follow one another, but it felt like a music festival, with all these great bands crashing into each other.

You know when you’re at a concert and you stand up and rock out with some great songs and you sit down and zone out for the stinkers? Urgh! A Music War is about equal parts stand up and rock and sit down and snooze. I snoozed for both of The Police songs (never was a fan), and some others throughout, but this was an overall genuine treat to watch, as it showed some bands that will never ever be together again or have stopped touring, such as XTC, Oingo Boingo, and The Cramps, just to name a few. It’s a great document of the era, giving these performers indelible moments to shine.

Warner Archives released a made-to-order on-demand DVD of this film, and it’s worth picking up and adding to your home video collection right where you keep your music DVDs. The film is in widescreen (1:85:1), and it looks and sounds excellent.