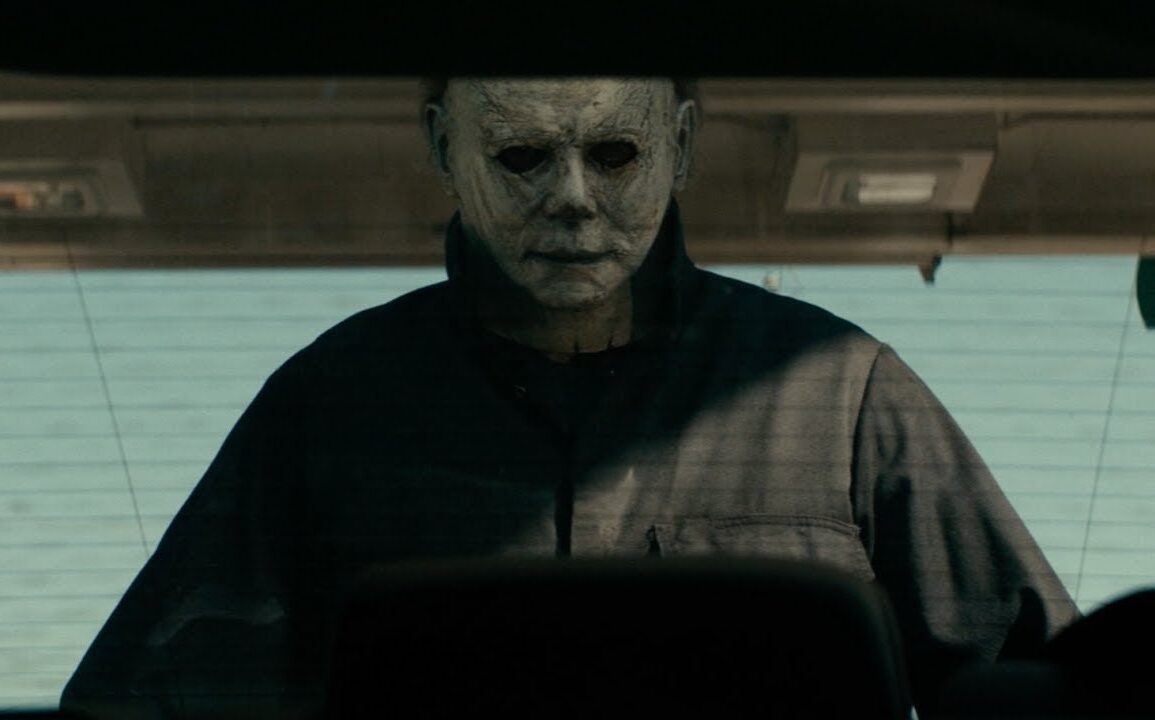 Halloween night is the perfect time to talk about the Haddonfield Hacker, the White Mask of Death, the being his own doctor called “purely and simply…evil”, Michael Myers. Most cinematic legends of the slasher sub-genre of horror owe it to this mute mauler for paving the way for their own success, a trail forged with high body parts and gruesome deaths. For every masked maniac to grace the silver screen, they owe a debt to John Carpenter for conceiving such a haunting and memorable villain.

The question remains, though, why is Michael so popular? He doesn’t have the witticisms like Freddy or Chucky, the sympathetic backstory of a Candyman, the capering glee of a Pennywise. For all we know, Michael Myers takes no joy in his murders, no pleasure in causing pain. To call him a sadist would require insight that we don’t possess. No, besides one of the most memorable themes in movie history, I think that what has propelled this silent stalker to the status of horror legend is that unlike most of the others, we don’t know what makes him tick – Sam Loomis opined that what lied behind his eyes was purely and simply evil and that was enough. In a film landscape where everything requires an explanation, there is none for Michael. Despite the druid nonsense of part 6 or the terrible family origins of Rob Zombie’s equally terrible remake, he’s at his best when he’s just purely and simply…evil.

Something is terrifying about that, isn’t there? It’s easy to rationalize things and make them more digestible when you get a grasp on motivation. It’s something else when a tallish man in a black (or is it navy blue?) jumpsuit wearing a white expressionless mask (with presumably an equally expressionless face below the mask) just shows up and either strangles you or sticks a bazillion knives into you. Michael doesn’t fire guns – he doesn’t need to. He’s just cold, relentless, methodical, he never runs, Michael never hurries, he just calmly walks across the street and ends your life. Michael is an excellent allegory for death itself, the creeping inevitable if you will.

While Michael’s first movie was his best (and I don’t think many would argue), he’s also had a surprising number of decent movies in his filmography. Of the eleven films that count as Michael Myers movies, only Curse of Michael Myers and the first Rob Zombie remake are truly terrible films. The others range in quality from not bad (Resurrection, H20) to freaking awesome (Halloween Kills, Halloween 2). When the standards of your movies are consistently met, it stands to reason that you’ll make a lasting impression on the psyche of the horror movie filmgoer.

And it’s not like Michael doesn’t deserve it. Despite the low-key approach he made to his kills in the first film, he’s killed some folks in pretty memorable ways, including drowning a woman in a scalding hot tub, bleeding a nurse out entirely, shoving a scalpel up another woman’s spine and lifting her to the ceiling (and those are just the kills in Halloween 2, don’t forget running a pair of horny teenagers through with a pitchfork or destroying Jodi Lyn O’Keefe’s leg, or giving Joseph Gordon Levitt a skate blade to the face), one of the marks of a great horror character are the kills. Michael does those as good as anyone.

So, while you’re trick or treating tonight, or bobbing for apples, or maybe you’re sitting around a television, flipping through, looking for a good horror movie to give you some thrills, take some time to say thanks to Michael Myers, the shape, the boogeyman, the relentless terror that stalks you from the shadows. Without this legendary figure of terror, All Hallows Eve would just not be the same.