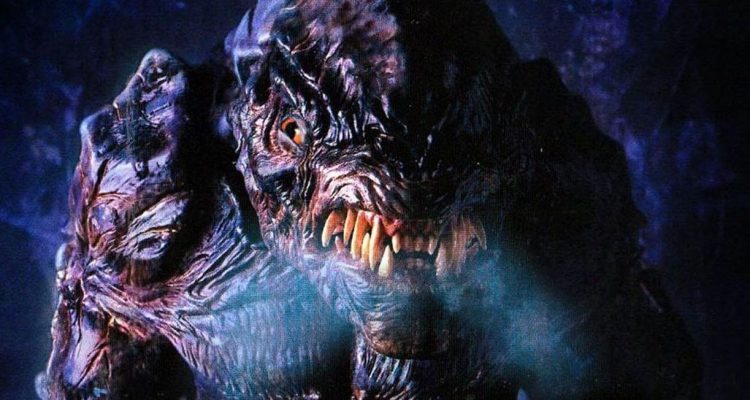 A goofy stalk and kill Alien-styled sci-fi thriller that relies heavily on its kitschy premise and its reliance on group shower scenes and gratuitous nudity, Breeders certainly has merit as a schlocky exploitation movie, but plot holes and silliness abound.

A meteorite crashes to earth and brings with it a mutant alien creature … and a space girl who knows how to stop it.

From the outer reaches of space it comes – a meteorite crashes to earth on the grounds of an all-girl’s college academy in the UK, and from within the rock emerges a large mutant alien creature … and a busty space girl who seems to somehow be connected to the creature. One of the academy’s teachers – a lothario named Ashley (Todd Jensen) who has no qualms breaking ethics rules by sleeping with his students – gets a glimpse of the Space Girl (played by the late Kadamba Simmons) and is instantly fascinated by her (she looks like a pinup or a rock music video vixen with her sexy outfit), but she flees, giving Ashley only a taste of what’s to come. Soon, the creature (which bears a slight resemblance to the Xenomorph in the Alien franchise) is stalking the underground lair beneath the academy and occasionally pops up to kill janitors or security guards, but its purpose seems to be to impregnate human females to accrue an army. Ashley and his new girlfriend (and student) Louise (Samantha Womack who has almost all the nude scenes in the movie) are the first to realize that there’s a monster on the grounds, and when staff and students begin disappearing (with the occasional sighting of Space Girl), detectives – and eventually a SWAT team – are called in to figure out what’s going on. The creature is collecting all the students in his lair to do a mass impregnation ceremony, but only Space Girl knows how to stop it!

A goofy stalk and kill Alien-styled sci-fi thriller that relies heavily on its kitschy premise and its reliance on group shower scenes and gratuitous nudity, Breeders certainly has merit as a schlocky exploitation movie, but plot holes and silliness abound. The Space Girl character feels necessary, but the way she’s presented and written, it never quite gels the way it should, and the Todd Jensen character never got my respect or sympathy as a character. It’s Samantha Womack who emerges as the star in a Riply-sort of way, and she takes control in every scene she’s in, even when she’s asked to be naked. The creature design is pretty cool, but very familiar to so many other man-in-a-suit creature movies, and the film was obviously marketed straight from its design. From director Paul Matthews, who also wrote the feature.

Dark Force’s Blu-ray edition is a bare bones release, and presents the movie in its original 1:33:1 aspect ratio in a new HD master. The slipcover resembles the original VHS cover, which had a 3D-looking cover with the monster pressing out of the sleeve. 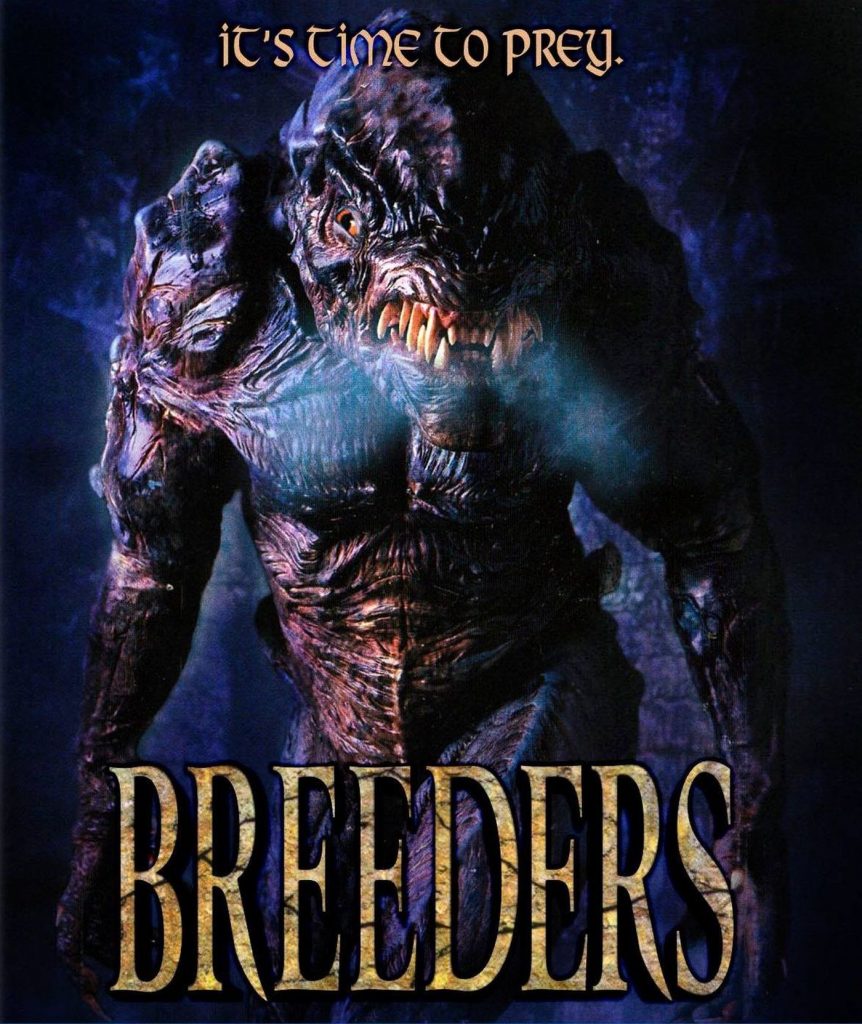