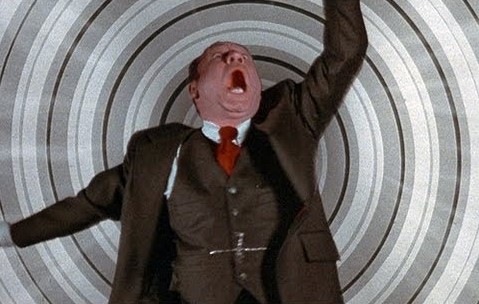 While comedic performers who were terrific in front of the camera are more prolific and gain most of the press, directors who decided to make a career out of films that make you laugh are rarer. Occasionally, dramatic directors such as Stanley Kramer or Steven Spielberg delved into the genre, but directors known chiefly or solely for comedies? Not so much. Those who did were primarily performers who did double-duty both in front of and behind the lens – performers like Charlie Chaplin or Woody Allen.

And then we have one Melvin Kaminsky, better known to the world as Mel Brooks. While Brooks’s career started out in broader comedies like The Twelve Chairs and The Producers, he really hit his stride when he tackled that time-honoured sub-genre of humour – the satire. Blazing Saddles, Young Frankenstein, Silent Movie, High Anxiety, Spaceballs, Robin Hood: Men in Tights – I don’t think there’s one type of movie genre that Brooks didn’t lampoon at some point. While the effectiveness of those films is debatable (as is the case with pretty much every other film in existence), it goes without saying that most of these films had their memorable parts.

Take, for example, Blazing Saddles. A take-off of the western genre, the film has many iconic lines and moments. I particularly like the heavy’s played by Harvey Korman and Slim Pickens – while Cleavon Little and Gene Wilder clearly have the better parts as the good guys, Korman and his inept sidekick Pickens arguably steal the show. Who can forget Korman complaining over the use of the line “head them off at the pass,” or Pickens engaged on an attack with Korman’s gang, only to reach  a toll and observe they had to “go get a shitload of dimes.” If nothing else, there’s an excellent farting scene around the campfire, so if the highbrow stuff doesn’t work for you, there’s always the gross-out humour. And as we all know, “we don’t need to stinking badges.”  While the third act arguably goes too far over the top, resulting in a (literal) breaking of the fourth wall, Blazing Saddles is generally a clever send-up of the western genre.

My favourite Brooks movie is undoubtedly Young Frankenstein. I am an admitted fan of the old Universal Monsters pictures, so a movie that is a nod to that period of filmmaking is always a welcome sight to me. Wilder is at his best as the mad young Dr. Frankenstein (or Frank-un-steen, as Marty Feldman’s I-gor character pronounces it), and Peter Boyle is a joy as the Frankenstein monster. One of the best moments is when the creature goes nuts, prompting Frankenstein to ask I-gor whose brain he put in the man. Feldman confesses it was “Abby someone” before remembering it was “Abby Normal.” Wilder then begins to outline how wrong that decision was, working himself up to a frenzied crescendo in the process. Without a doubt, Feldman is the best character in the movie, and his banal commentary (particularly remembering at an out-of-context time how his father complained about his frequent bathroom use) and cheeky antics are the highlights of the film.

Even later in his career, Mel still found ways to hit the mark, such as Robin Hood: Men in Tights. A parody of the old Robin Hood legends, the film features excellent performances by Cary Elwes as the titular character and Robert Rees as the Sheriff of Rottingham. The best scene is when the Sheriff challenges Robin to a duel, slapping his opponent with his glove, only for Robin to return the gesture in kind, choosing to respond by giving the Sheriff a good shot with an iron knight’s glove.  And as in classic Brooks fashion, he breaks the fourth wall again, as Robin consults the script after missing his initial attempt at the archery tournament to discover he has another shot.

There are others in his filmography for sure, including the clever High Anxiety, which is a send-up of Alfred Hitchcock films (which includes one memorable scene where birds crap all over his character, causing him to stumble to a dry cleaning shop and consequently force the other customers to flee in horror), and Silent Movie, a lampoon on, you guessed it, silent movies. If you’re interested in the deconstruction of film genres in a completely ridiculous and clever manner, look no further than the films of Mel Brooks – you won’t find a more irreverently funny guide.