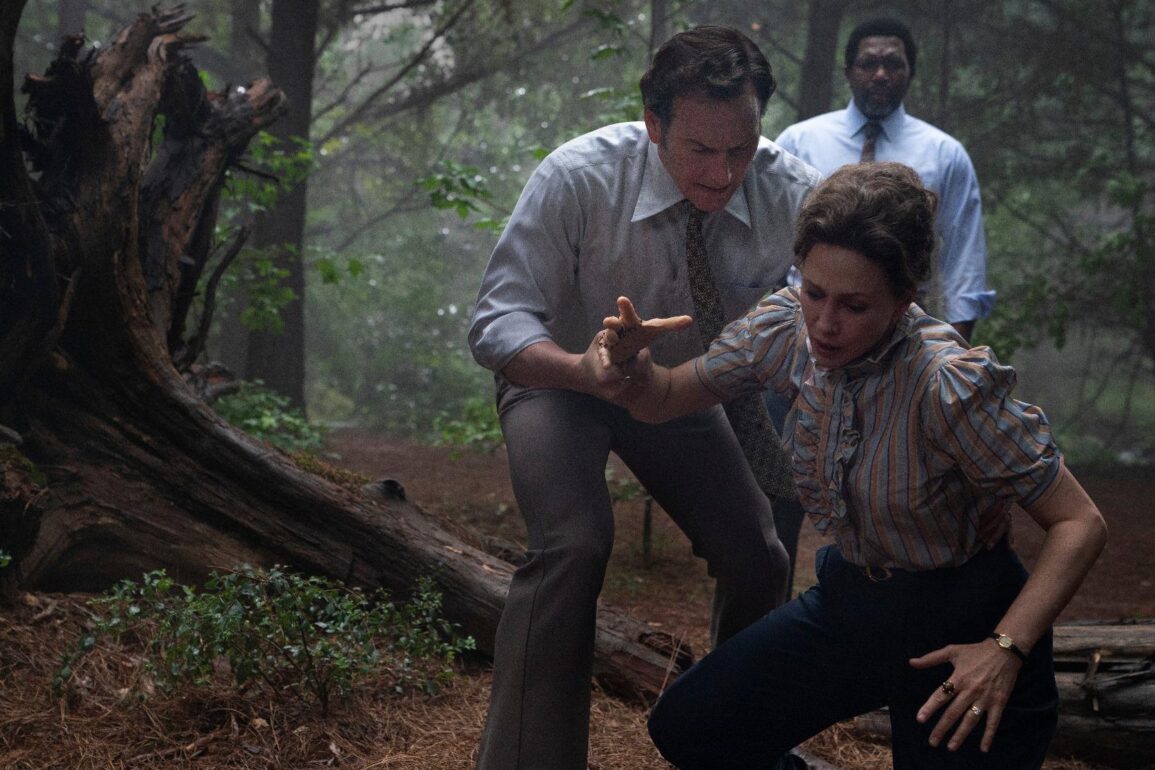 The Conjuring: The Devil Made Me Do It is my least favourite of the three Conjuring movies due to lack of scares but it had its moments and the cast are so good that it’s worth a rental at least.

Plot: Paranormal investigators Ed and Lorraine Warren take on one of the most sensational cases of their careers after a cop stumbles upon a dazed and bloodied young man walking down the road. Accused of murder, the suspect claims demonic possession as his defense, forcing the Warrens into a supernatural inquiry unlike anything they’ve ever seen before.

Review: *Mild spoilers ensue* I’ve loved The Conjuring universe since it first started; for the most part each movie has have been filled with creepiness and genuine scares which are hard to find these days. What makes the films so watchable is the cast and characters; Patrick Wilson and Vera Farmiga are such an appealing couple that have genuine chemistry on screen. Based on real life paranormal investigators Ed and Lorraine Warren the movies focus on some of their real-life cases obviously with some Hollywood-style embellishment.

The Conjuring: The Devil Made Me Do It is quite a different animal from the others and I struggle to even call it a horror movie as it isn’t remotely scary. This focus more on the actual investigation with Ed and Lorraine trying to prove that a boy called Arne was possessed by a demon when he murdered his friend.

Once again Wilson and Farmiga are mesmerising with Ed recovering from heart issues after a demon attack (I hate when that happens). At times he struggles to keep up with Lorraine who really is the centre of the investigation as she uses her psychic gifts to find out just what has been happening.

It may lack the chills of previous entries (and fat demons just aren’t scary) but I found the investigation fascinating especially since it’s based on true events. The performances by the entire cast are faultless especially John Noble (Denethor from LOTR) who keeps you guessing as to whether he is evil or not. Eugenie Bondurant is especially creepy as The Occultist, and I like that she was just a human rather than an actual supernatural entity.

The atmosphere is uneasy even if there aren’t too many genuine scares; the most disturbing element of the entire film was the real exorcism over the end credits.

Overall, The Conjuring: The Devil Made Me Do It may not be to everyone’s tastes due to its lack of terrifying moments but it has a few unsettling moments and the acting is so good that it’s hard not to get swept up in it all.