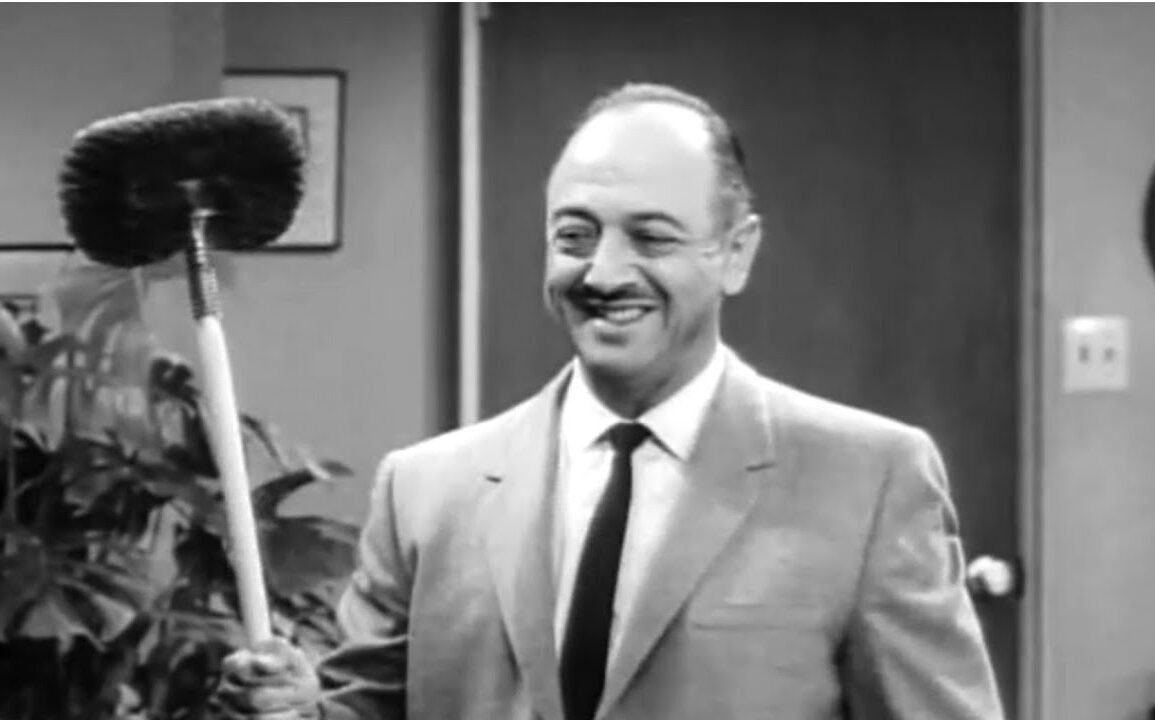 Woody Woodpecker. Barney Rubble. Bugs Bunny. Daffy Duck. Porky Pig. Wile E. Coyote. Tweety. Sylvester. Yosemite Sam. Foghorn Leghorn. Marvin the Martian. Elmer Fudd.  What do all these and a host of other legendary cartoon characters have in common? They were all voiced by the same man: Melvin Jerome Blank, better known as Mel Blanc. From 1933 to his passing in 1981, Blanc was the voice behind a cornucopia of legendary animated comedic figures. Let’s dim the lights and look back at this legendary figure.

I guess when you want to talk about animated characters, his first big success was as that red-headed and mischievous bird, Woody Woodpecker. While he was voiced by other artists (such as Danny Webb, Kent Rogers and Ben Hardaway), Blanc was the first one and was responsible for giving Woody his distinctive laugh. Even if you’re not a fan of Woody, you’ve heard that high-pitched cackle that he is famous for. When Mel was at the helm of Woody, the bird was simply nuts – his first appearance saw him antagonizing a pair of pandas just for the hell of it. It was a portend to the type of screwball characters that Mel would continue to portray.

Next was Mel’s most famous work – being the voice behind the legendary cast of the Looney Tunes.  Bugs Bunny, who is still an enduring character today, was the flagship captain of this zany ship, and Mel’s voice was perfect for the role. Playing the wisecracking rabbit as a smart-aleck and street-smart character (complete with a New York accent), it’s hard to find a Bugs Bunny short that wasn’t funny in some way. To this day, whenever I get lost, I scratch my head and muse that I must have taken a wrong turn at Albuquerque – a line straight from a Bugs cartoon where he’s being hassled by Elmer Fudd. That rascally rabbit’s cheeky persona would not have been possible without Mel’s work.

Then there’s my personal favourite of the Looney Tune mob – Daffy Duck. While I admired Bugs for the resourceful weisenheimer that we all knew he was, I liked Daffy as his foil, the one character who wasn’t afraid to go toe-to-toe with Bugs – even if he failed almost all the time. While I enjoyed “Duck Amuck” (which features Daffy being terrorized by an artist – to be revealed as Bugs at the end) and “Robin Hood Daffy” (which obviously is a satire of the famous archer outlaw), my all-time favourite is “Duck Dodgers in the 24th ½ Century.” Pairing Daffy as the titular character with Porky Pig is genius (and I love Daffy’s double-take and indignation that Porky would understand his ridiculously complicated plan), and the inclusion of the Marvin the Martian character takes it to the next level. However, it’s Blanc’s work, making Daffy both in turns calculating, hysterical and defiant, that makes the character magic.

Later on, Blanc would voice another classic character – Barney Rubble in the Flintstones. A take on the classic “The Honeymooners” sitcom (with Barney subbing for the naïve and good-natured Ed Norton), Barney is the perfect foil for the boisterous Fred, and no matter how ridiculous a situation Fred finds himself within, Barney is his loyal companion, always at his side. Much like Woody, Blanc gave Barney his famous wheezy laugh, which he always broke out when he sensed that Fred was about to do something stupid (which he did a lot). It was the perfect touch to complete the character.

Mel Blanc, the man of a thousand voices. I doubt we’ll ever see anyone like him. Blessed with unusually thick vocal cords, which gave him the range to play a wide variety of characters, Blanc could make every role distinct and make you believe there were multiple voice artists behind the animation when in actuality, there was only one.  His often outrageous voices gave character to a legion of our favourite cartoon characters, and for that reason alone, he has more than earned his status as comedy legend.