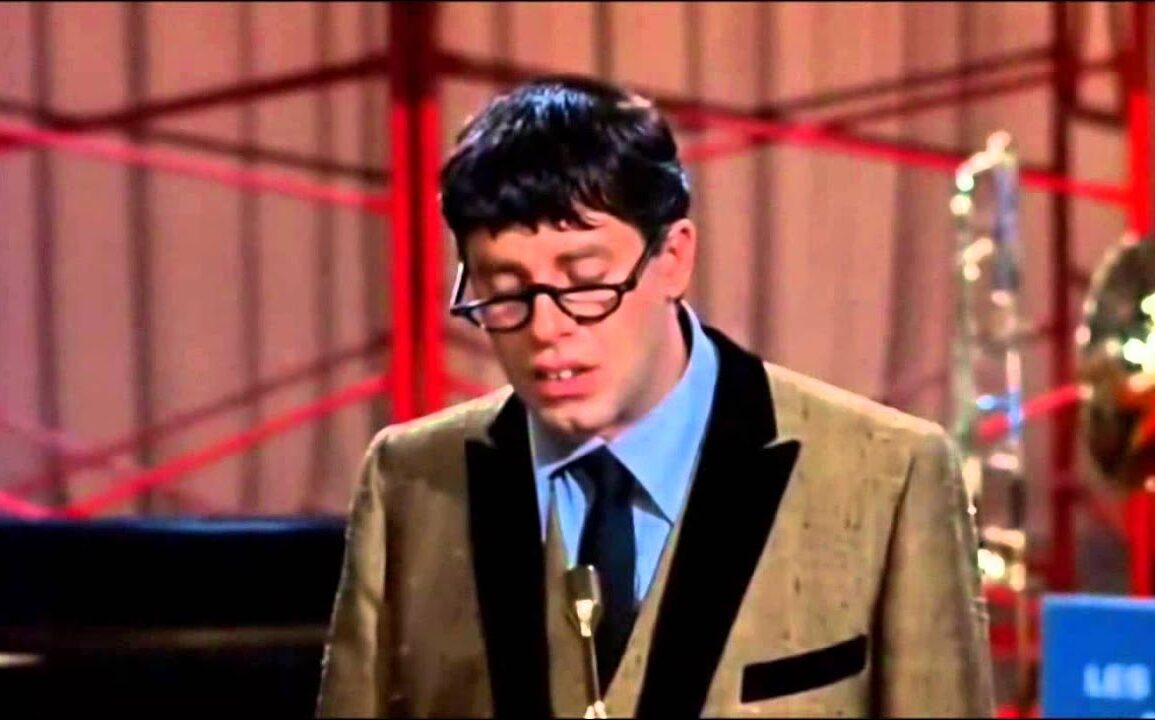 If I were to describe Jerry Lewis’s comedy and I was only given one word to do it, it would probably be…madcap. Not a word? How about ridiculous. Preposterous?  Born Joseph Levitch on March 16, 1926, in Newark, New Jersey, Lewis quickly gained a reputation for being a loveable screwball on screen. Whether flying solo or teaming with the undeniably talented Dean Martin, Jerry Lewis was definitely one of a kind.

Starting with his solo movies, you can’t help but remember the 1960 film, The Bellboy. Unique in the fact that the story is not linear and consists of a series of events, you follow Lewis’s titular character through a series of vignettes that highlight the absurdity of both Lewis’s character and his job. This includes such farce as delivering a car engine to a guest’s room (he was told to “bring everything in the truck), getting into the middle of a couple’s argument, and most hilariously, being dragged through a hotel lobby and into a taxi, simply for refusing to let go of a guest’s suitcase. This movie is Lewis at his best, a series of shorts that highlight both his unique physical comedy and deadpan, hangdog expression.

One of my first introductions to Lewis’s brand of comedy was in the 1964 film, The Disorderly Orderly. Here, he plays, you guessed it, an orderly at an insane asylum who suffers from a condition that sees him exhibit sympathy symptoms for anyone suffering an ailment. There’s one scene, in particular, that is terrific that sees Lewis’s character wheeling a patient, who delights in describing a series of terrible health problems she’s experiencing to other patients, only for Lewis’s character to literally turn green with all the issues she’s talking about There’s a theory that great comedy follows the three-times rule: that you laugh because the same absurd situation keeps happening to the character for three times. This is a classic example of that rule, where you just laugh more and more as Lewis suffers viscerally through the women’s recounting of all her difficulties.

My favourite of his films with Martin is the 1956 vehicle, Hollywood or Bust. Here, Lewis wins a new automobile by literally buying every ticket in the draw. Martin also wins with a counterfeit ticket.  As the lottery folks can’t tell who has the fake ticket, they have to share the car, which they drive to Hollywood so Lewis’s character can meet the actress, Anita Ekberg. While not as funny as some of Lewis’s other movies, there is an inherent sweetness to this film that showcases the best of the Lewis and Martin movies, with Lewis’s naïve innocence winning over Martin’s hard-bitten cynic.

Lewis’s best-known picture is probably the 1963 classic, The Nutty Professor. A comedic takeoff on the legendary Dr. Jekyll and Mr. Hyde story, Lewis plays a nerdy, somewhat incompetent scientist who blows up his own classroom at the beginning of the movie, who ends up finding a formula that transforms him into a suave ladies man. Lewis’s portrayal of the two characters is startling and exhibits his enormous talents, playing the nerdy professor as an absurd nincompoop who goes through hell when he joins the gym, and his Buddy Love persona is a fast-talking, wiseass who delights in embarrassing the college dean by coercing him into a reciting Shakespeare and then pulling down his pants. While maybe not his funniest work, this is clearly Lewis’s best overall picture.

Jerry Lewis was one-of-a-kind, a remarkably adept physical talent who could hide in different roles and played the absurdist card to the hilt. He was at his best a sweetheart who endeared himself to the other characters in the film, even while stepping on their toes and accidentally kneeing them in the groin. While there may be other legendary comedians who had a funnier delivery or more memorable set pieces, Jerry Lewis was the total package, and his talent blazed whenever he graced us with his antics on the silver screen.