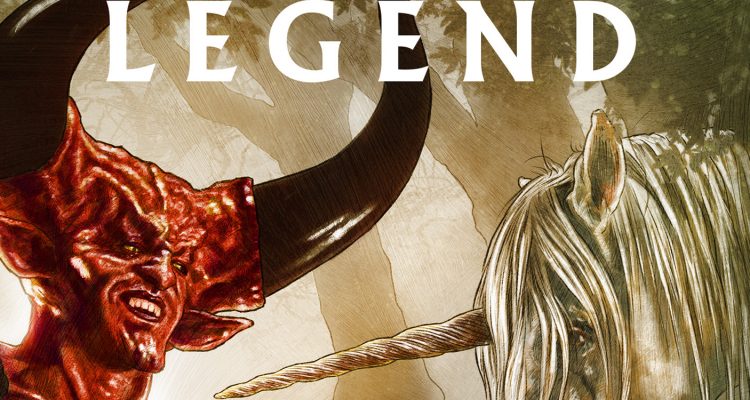 Legend is a once-in-a-lifetime fantasy adventure the likes of which we will almost certainly never see again. Sprawling, lush visuals, meticulous and complicated (but entirely convincing) make-up effects work from Rob Bottin, and a grand, beautiful score from Jerry Goldsmith give this film an elevated distinction in the sword and sorcery genre.

“What good’s a world locked in a season of death?”

A lowly hero must plunge into hell to rescue his true love from The Lord of Darkness and save the last unicorn in the world.

In a fairyland world of sorcery, elves, and majestic glens full of pixie dust, two young lovers – Lily (Mia Sara) and Jack (Tom Cruise) – dare to spy two of the last unicorns of their world. Lily – pushing her limits – approaches one of them, singing a beautiful song, and just as she reaches in to touch the gorgeous beast, a goblin named Blix shoots it with a poison dart on command of his master, The Lord of Darkness himself. The demonic overlord (played by Tim Curry in an impressive performance) can rule a world of glum darkness only if and when the two pure unicorns are slain and their horns are in his possession. When Blix and his goblin cronies slay the poisoned unicorn and sever its horn, the job is half done, which sends the world plunging into a chaotic whirlwind of changing seasons. Lily, who has no idea what’s going on, is seduced by Darkness and lured into his hellish underworld kingdom where she is courted by Darkness in a bravura seduction scene, and the only way the world will be made right is if Jack can bring sunlight to hell. With a misfit team of dwarves and a rambunctious elf named Gump (David Bennent) at his side, Jack must become a sword-slinging hero to save Lily and the last unicorn from almost certain death.

From director Ridley Scott and screenwriter / novelist William Hjortsberg, the 114 minute director’s cut of Legend is a once-in-a-lifetime fantasy adventure the likes of which we will almost certainly never see again. Sprawling, lush visuals, meticulous and complicated (but entirely convincing) make-up effects work from Rob Bottin, and a grand, beautiful score from Jerry Goldsmith give this film an elevated distinction in the sword and sorcery genre. While it has shortcomings (the story is simple, the characters aren’t really very interesting), it is a high mark in the realm of cinematic fantasy, and since most of the props, sets, and visuals are all rendered practically or with optical effects, this is a wonder to behold. If you’re going to see it thinking that it’s “a Tom Cruise” movie, you’ll be very disappointed in that regard. The version that was released in the U.S. was less than 90 minutes and contained a synthesizer score from Tangerine Dream. That version in interesting, but nowhere near as satisfying as the longer cut. Shot in 70mm.

Arrow Video’s limited edition Blu-ray set comes with both versions of the film, plus hours of bonus material. This is a very welcome release, and for fans of sword and sorcery films of the 1980’s and beyond should make this a priority purchase. It has never looked or sounded better on home video