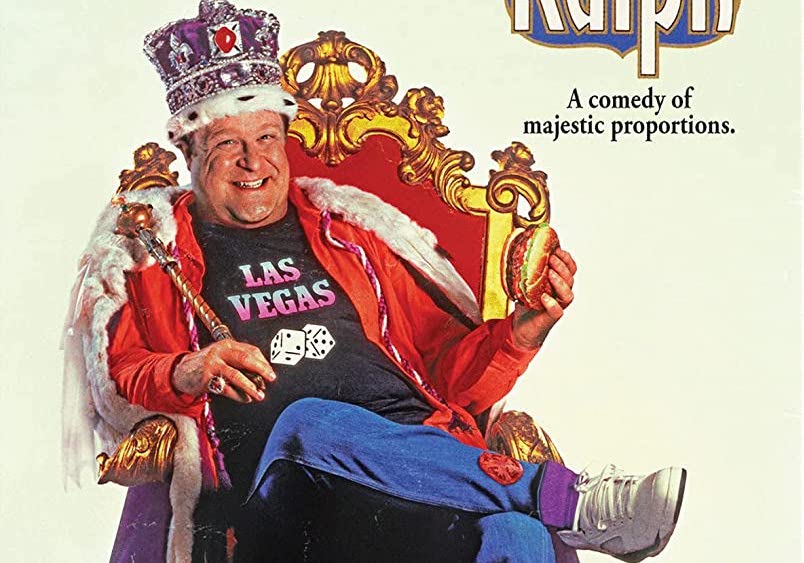 A fun and good-natured comedy with a very appealing Goodman in his first top-billed film, King Ralph seems outlandish and absurd as a concept, but it works.

Review:
In one fell swoop, the entire Royal Family is killed on accident, leaving England without Royalty or a King. Scrambling to find an heir to the throne, the search leads to Ralph Jones (John Goodman), a beer-guzzling bachelor whose job has been as a lounge singer at a dumpy Las Vegas casino for years. He is indeed the heir to be king, and when emissaries of England explain to him that he’ll be King for the rest of his life and live in castles and palaces and never have to work a day in his life again to make a living, he accepts the gig, not realizing how grave and serious his responsibilities will be. His advisor is a wise Lord named Willingham (Peter O’Toole, still with some fire in his eyes) who is immediately exasperated by Ralph’s antics and laziness (and his good ‘ole boy American qualities), but the British press eats the story up. Ralph takes his leisure and leaves the palace on his own and ends up at a strip club where he falls head over heels in love with a stripper named Miranda (Camile Coduri), but his advisors admonish and scold him for courting a commoner. Meanwhile, another Lord named Percival Graves (John Hurt) schemes to disgrace Ralph and force him to abdicate the throne, which leads to some uncomfortable developments with Miranda being the catalyst for Ralph’s undoing, but Ralph takes it all in stride because deep down he’s just a regular guy who never wanted to be the King in the first place.

A fun and good-natured comedy with a very appealing Goodman in his first top-billed film, King Ralph seems outlandish and absurd as a concept, but it works. There are some genuine laughs and a few cringe-worthy awkward moments in the movie, but it’s all in good fun, and director and screenwriter David S. Ward (The Sting) makes the movie move swiftly and lightly. Based on a novel by Emlyn Williams.

Mill Creek’s new Blu-ray release of King Ralph is presented in a nice high definition transfer, but doesn’t include any special features, other than a VHS-style slipcover. Affordably priced to own. 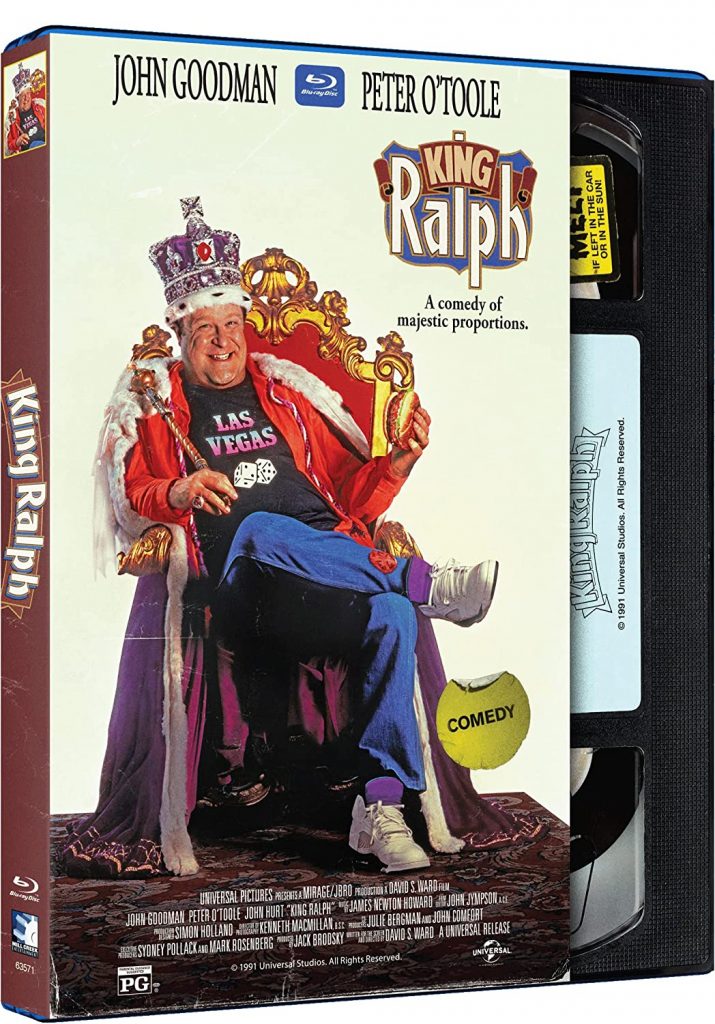