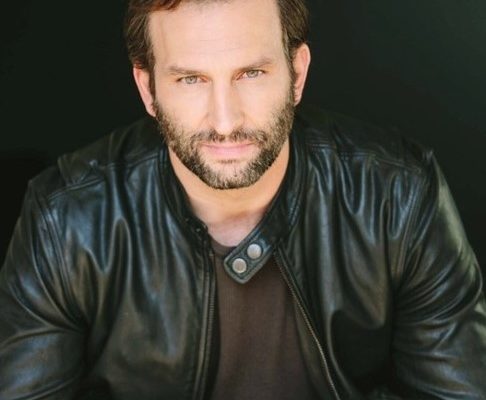 Waylon Kevin Sizemore is a small town guy who continues to stay true to his roots. Born and raised in the small town of Princeton, WV to a middle class family and one older brother, Sizemore was cast in a Maxwell House Coffee commercial his senior year of high school, and knew at that point he wanted to be an actor. He attended The Art Institute of Pittsburgh and received a degree in communications while moonlighting as an extra on films. After graduation, Sizemore lived in 5 states in 5 years doing plays, commercials and learning as much as he could about the business. The summer after studying at the American Academy of Dramatic Arts, he decided to make Los Angeles his home away from home.

On the small screen, Sizemore is known as Anthony, the US Air Marshall on the Emmy nominated series Fear the Walking Dead: Flight 462 (2015), as well as the hot headed Gary Humphrey on the series Resurrection (2014). He’s created many memorable characters on shows such as Rizzoli & Isles (2010), Under the Dome (2013), Drop Dead Diva (2009) and Weeds (2005) to name a few. On the big screen, Sizemore is remembered as the energetic Coach Jerry Stearns from the football movie Woodlawn (2015). Over the years, Kevin has gained a reputation for playing characters with a checkered past and individuals who are emotionally wounded that struggle to find peace within, he also has a unique ability to have audiences love to hate his characters.

In 2016, Trew Calling (2016) marked the first feature that he co-produced under GKg Productions. Since then, he has co-produced the action adventure indie film Intensive Care (2017) and the holiday film Believe (2016).

Kevin is married to Gina Lombardi Celebrity Personal Trainer, Author of the Deadline Fitness and TV Host. Their son, actor Gunnar Sizemore is known for his role as Micah Brenner on Nashville (2012) and many voice characters for cartoons.

We caught up with Kevin to talk about his latest film Sightings, on VOD this November from High Octane Pictures.

When did your love affair with acting begin?

I always enjoyed television and film as far back as I can remember, but more when I was in high school.  I just realized you can take people on a rollercoaster of emotions and allow them to live their live through the story your telling.   That’s pretty cool to be a part of.

You’ve done a fair bit of sci-fi/horror. Where’s the love of the spooky flicks and TV come from?

Halloween, Freddy and Friday the 13th.  I’ve seen them  all numerous times and I still get spooked.  Took my son Gunnar, who’s also an actor to see his first scary flick this year IT. It was great and how he’ll have an answer to the same question when he’s being interviewed by you guys!

What do you consider your most accomplished film? Have a favourite?
That’s a really hard one.  The one I think I’ve had the most fun on was a film I did called WOODLAWN.  It’s a film set in the 1970’s dealing with the last school in Alabama who integrates the students.  I played an assistant coach name Jerry Stearns.  I just met and since then worked with so many from that film.  Also, a tv movie I just completed called KILLER WORK WIFE directed my Mike Feifer was an absolute blast.   I’m just fortunate to be able to work on good projects that have great people on them.

And where does ‘Sightings’ rank?

I haven’t seen the finished product yet!!!  I’m excited to answer that question myself, but taking off the trailer….it’s gonna be up there.

Could you relate to your character?

He’s a lot different than I am.  He’s very methodical and has an agenda for everything he does.  You can see him thinking all the time.  I’m more of a shoot it from the hip guy and do things when I feel like it’s time.

Tell us about working with Dallas Morgan? Was he a collaborative filmmaker? Open to ideas?

Dallas was a joy to work with.  I really enjoy working with younger directors because they have such a great sense of passion behind their projects.  Dallas was very open to ideas, but at the same time he knew what he wanted.  If the actors had a suggestion to make it better, then we went for it and if not, then we stuck to the plan.  I think that’s the sign of a good director.

And you’re moving into directing yourself soon, I believe?

I’ve been fortunate enough to help produce two features that will be coming out next year.   TREW CALLING, INTENSIVE CARE and BELIEVE which already hit it’s theatre run and is available on Netflix now.  I’m gearing up to direct a film called THE 7 in the second quarter of 2018.

Any projects we can see you in soon?

In the world of  Sci-Fi film, I’m in a film called DOMIAN about an underground prison that’s takes place in the year 2036 . MINE 9 is about 9 coalminers from my homes state of West Virginia who get trapped underground after an explosion. MINE-9.  REACH is a film about a kid who gets bullied and how he tries to handle that pressure when he has no support in him home. KILLER WORK WIFE is a story about a co-worker trying to insert her life into my characters life and push my real wife out of the picture.  Last week we just wrapped the drama LEGAL ACTION about a guy wrongly accused of a crime after trying his best to do the right thing.

SIGHTINGS will be out on VOD November 7th