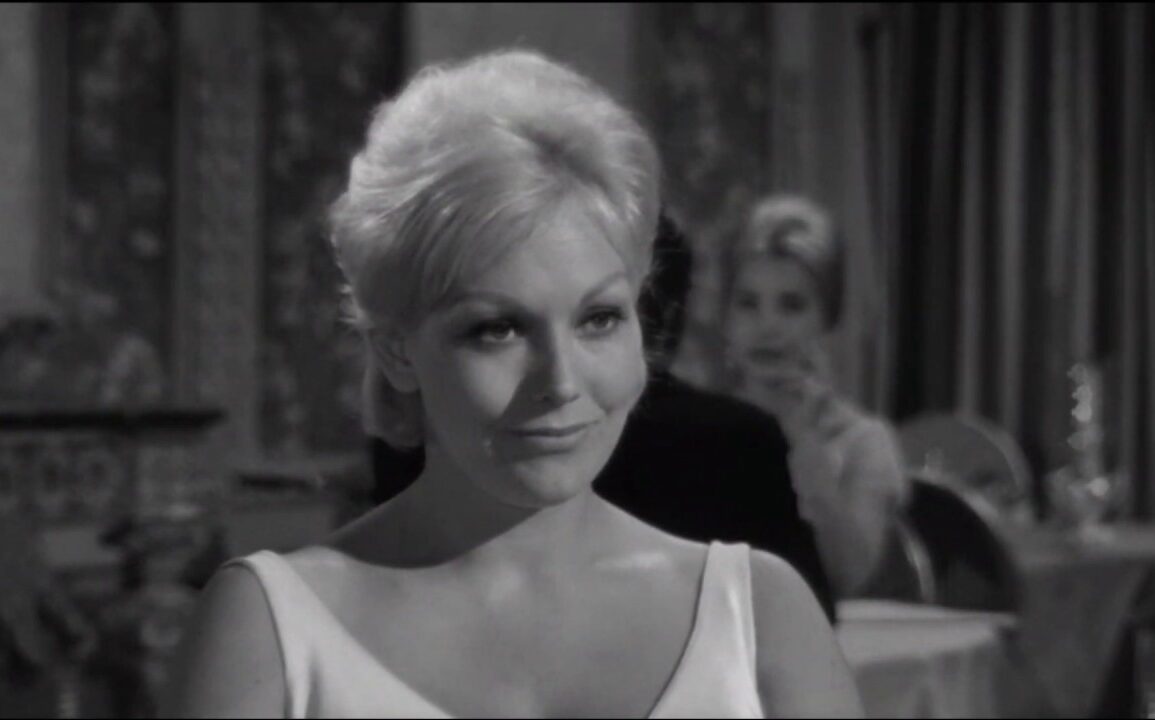 An interesting comedy/mystery with terrific performances by the leads, a plot that keeps you entertained and a killer finale.

Plot: An American diplomat (Jack Lemmon) lets a flat from a mysterious woman (Kim Novak), who has been accused of murdering her husband.

Review: I’m a fan of mysteries. There is nothing like a good whodunit to give you hours of entertainment. Watching a complex narrative twist and turn, changing your opinion of the characters and wondering who has secret motives and who doesn’t – give me a good mystery any day of the week, and I’m a happy man.

Is The Notorious Landlady a good mystery? Yes, it is. I wouldn’t put it up there with an Agatha Christie yarn or classics like The Third Man or Rear Window, but it’s decent. I will say that there is no suspense in the case if Kim Novak’s character did or didn’t do what she is accused of in the movie – I figured it out right off the bat. Some people would be turned off by that, but it didn’t bother me. I will say that there was a blackmail angle in the third act that I didn’t really understand and felt quite forced, but otherwise, no problems with the script.

You see, the cast of this movie is top-notch. Jack Lemmon is Jack Lemmon – the guy is just instantly likeable, and his portrayal of a slightly-bumbling American diplomat is right in line with his usual performances. Kim Novak is electric as the titular character – besides her sultry sexiness, which leaps of the screen, she’s just enigmatic enough to make you question if she did or didn’t do it – even though you have a strong inclination on that one. She’s just so appealing, and you can understand why the two lead male characters fall in love with her. Fred Astaire, in a non-dancing role, is excellent as Lemmon’s no-nonsense boss. I never got much of a sense of Astaire outside his musicals, but he matches Lemmon toe-to-toe in this one and has a tremendous physical comedy bit as well.

The ending of the movie is just terrific. It harkens back to those 20s and 30s silent films with the orchestra – there’s hardly any dialogue at the end of the movie, just a lot of physical comedy, and it’s a fitting end to the film. I will say as a comedy, there aren’t many laughs – this isn’t one of those gaff-fests that have you haw-hawing in the aisles. Instead, it’s a clever piece where the hilarity is in the inter-relationships and the dialogue. While it won’t make you bust a gut, you’ll be amused.

I also really like how the movie was shot. Director Richard Quine does a yeoman’s job in the direction of the film, and I really enjoyed the framing of foggy London – yes, I know it’s a cliché, but there’s something foreboding about the city in smoke, especially when shot in black and white. The score isn’t very noteworthy in the film, except for the ending, where its enthusiastic tempo perfectly frames the action.

Overall, this is a solid movie with standout performances by the leads. While it won’t knock your socks off, comedy-wise, and isn’t the most clever of mysteries, enough is going on in both facets to keep you entertained.