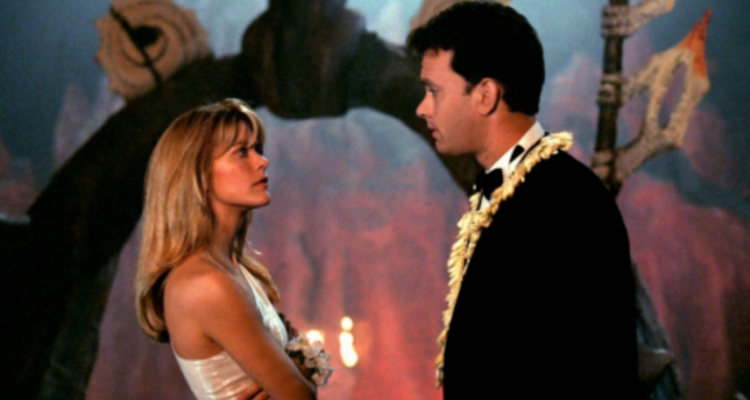 A personal favorite, Joe Versus the Volcano is a true original. There never has been – and nor will there ever be – a movie quite like it.

Plot: When a hypochondriac learns that he is dying, he accepts an offer to throw himself in a volcano at a tropical island, and along the way there, learns to truly live.

Review: Joe (Tom Hanks) is a man losing his soul, day-by-day, minute-by-minute. His job at a medical supply factory is squashing his hopes and dreams, and his body and soul are sick to the core. His doctor tells him he has a “brain cloud” and only has six months to live. This news is sort of liberating to Joe, and he promptly quits his job and plans to try to enjoy the rest of his life as best he can. Out of the blue, he’s visited by an old eccentric billionaire (Lloyd Bridges), who offers him a once-in-a-lifetime opportunity: He will be treated like royalty for a few days, travel to a small tropical island with a big volcano, and jump in. Why? Because the island has a mineral the billionaire needs, and the island needs a hero to sacrifice himself to the “Big Wu” volcano god. Joe accepts. In no time, he’s whisked away, buys expensive clothes, luggage, and things he’ll never need, and he boards a yacht captained by the billionaire’s beautiful daughter Patricia (played by Meg Ryan who has three roles in the movie). The yacht goes down in a typhoon, and Joe and Patricia float (on Joe’s luggage!) to the island, where they are welcomed and celebrated … until Joe must jump into the volcano and face his destiny.

A personal favorite, Joe Versus the Volcano is a true original. There never has been – and nor will there ever be – a movie quite like it. Told in a fairy tale fashion, this storybook adventure is a charmer, with captivating performances, a wonderful score by George Delerue, and a great script by John Patrick Shanley, who wrote three classics back to back: Moonstruck, The January Man, and Joe Versus the Volcano. This movie remains an undiscovered gem, and it truly is one of my all-time favorite films.

Warner Archives recently released a blu ray of this film, and it looks nice, with an improved picture from the previous DVD release. Special features include a behind the scenes documentary and a music video. 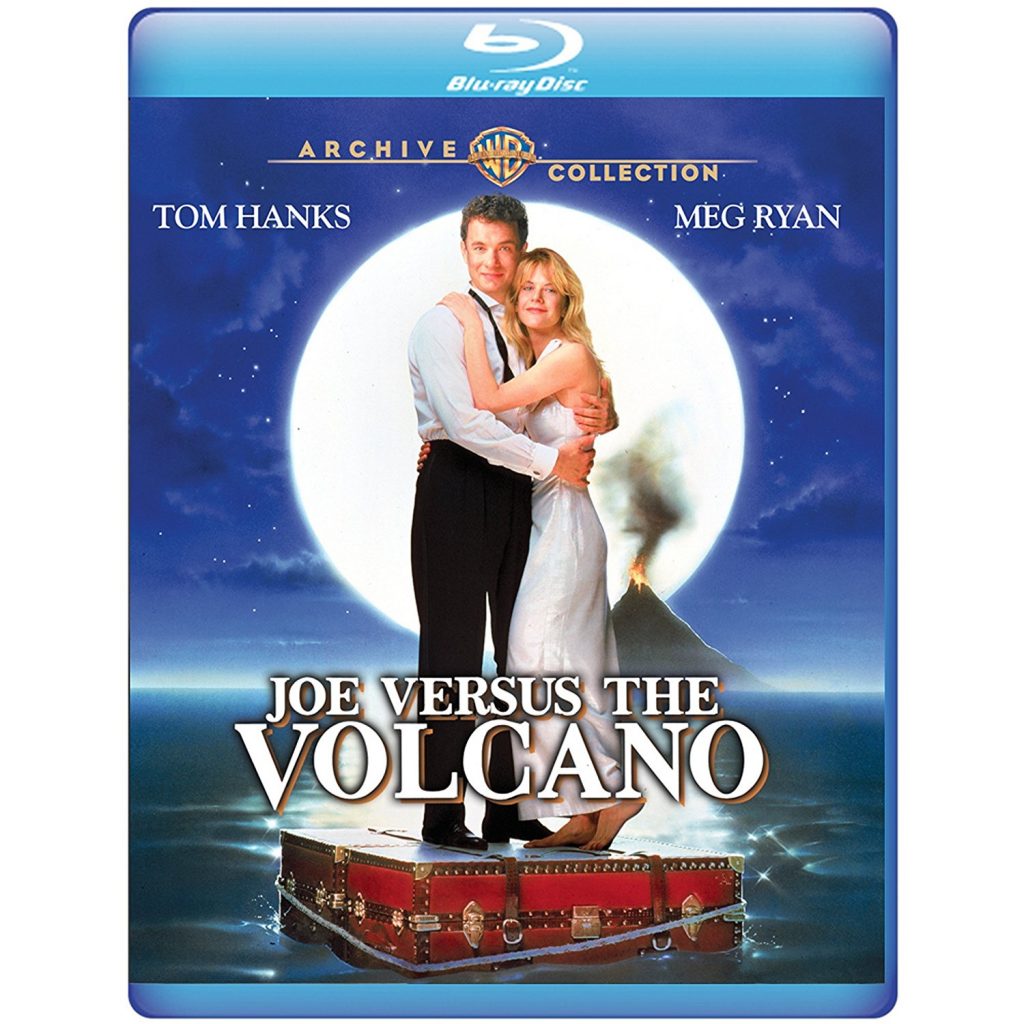