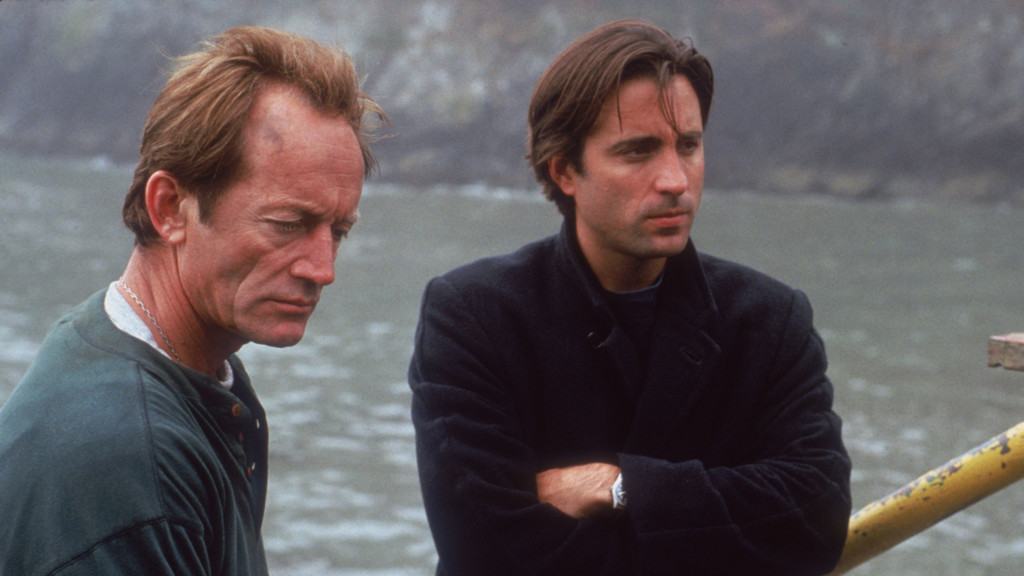 Jennifer 8 boasts a strong cast and is an intriguing thriller that deserves more love.

Plot: After discovering his wife’s adultery, Los Angeles detective John Berlin (Andy Garcia) relocates to recover and work alongside old friend Freddy Ross (Lance Henriksen) in the peaceful small town of Eureka, Calif. When a severed hand is found in a garbage dump, John realizes it belongs to a missing blind woman and connects it to six similar murders. Fearing the next to die will be Helena Robertson (Uma Thurman), the blind roommate of the last victim, John tries to protect her and find the killer.

Review: There are some films that you haven’t seen in a long time that you tend to forget about but decide to rewatch after a long time. Jennifer 8 is one of those films and after discovering that it was on HBO Max I decided to give it another chance as I remember not being a huge fan at that time.

Well, this was better than I remembered but would classify it as a solid thriller that is worth a look. Not only does it boast an impressive cast who all give strong performances, in particular, Andy Garcia and especially Uma Thurman.

The story is fairly interesting but is quite captivating not only for its mystery elements but also because of the intriguing characters involved.

It’s well-directed by Bruce Robinson for the most part who manages to elevate the tension throughout.

What does bring the film down is the way that it’s paced where some scenes are needlessly long and too drawn out and the ending did feel quite rushed.

Overall, Jennifer 8 is worth checking out not only by its strong cast which is utilized well but also because of the rather interesting story.