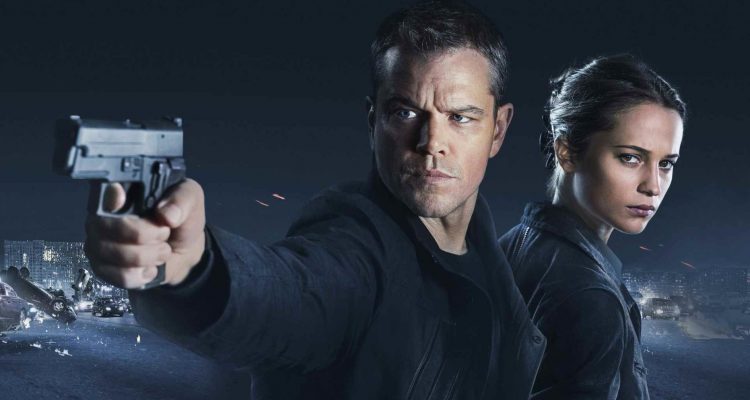 Jason Bourne is rather flat bringing nothing new or particularly exciting to the series. Die hard franchise fans may enjoy some of the frenetic action.

Plot: The CIA’s most dangerous former operative is drawn out of hiding to uncover more explosive truths about his past.

Review: After a significant hiatus, Matt Damon returned to the role that made him a superstar. He’s back as the emotionless, Terminator-like superspy Jason Bourne, and this time Bourne has his memory intact, but he may not know everything he needs to in order to understand the big picture. The CIA Director (Tommy Lee Jones looking so very tired) orders a hit on Bourne after Bourne surfaces in some Eastern European corner of the world, and an assassin (played by Vincent Cassel) comes after him with dogged determination. To help Bourne with his quest for full knowledge is his only ally on the planet, Nicky Parsons (Julia Stiles), who risks her life to assist him as he’s being chased, shot at, and denigrated by the CIA. After a series of close calls, hand-to-hand combats, and massive pile-ups of cars and collateral damage, Bourne gets to walk away to the same Moby song he walked away from three times already.

Jason Bourne wasn’t worth the wait, but if you’re head over heels in love with this series, then this latest installment is very much more of the same but with less impact. Damon insisted that the only way he’d do another Bourne is if Paul Greengrass – the director of Bourne Supremacy and Bourne Ultimatum – directed another one, but you wonder why they waited so long to make this story. It’s got no color, no distinction whatsoever, and Damon is simply going through the motions. There’s nothing new to see here, which is a shame. I’d love to see Damon and Jeremy Renner – the star of the spin-off film The Bourne Legacy – to team up in a future Bourne picture. Jason Bourne is a mechanical sequel and a heartless exercise in precision, but action fans will get just enough to give it a passing grade.

Universal’s Blu-ray / DVD / HD combo pack is full of special features that highlight the making of the film. It will be released on December 6th.