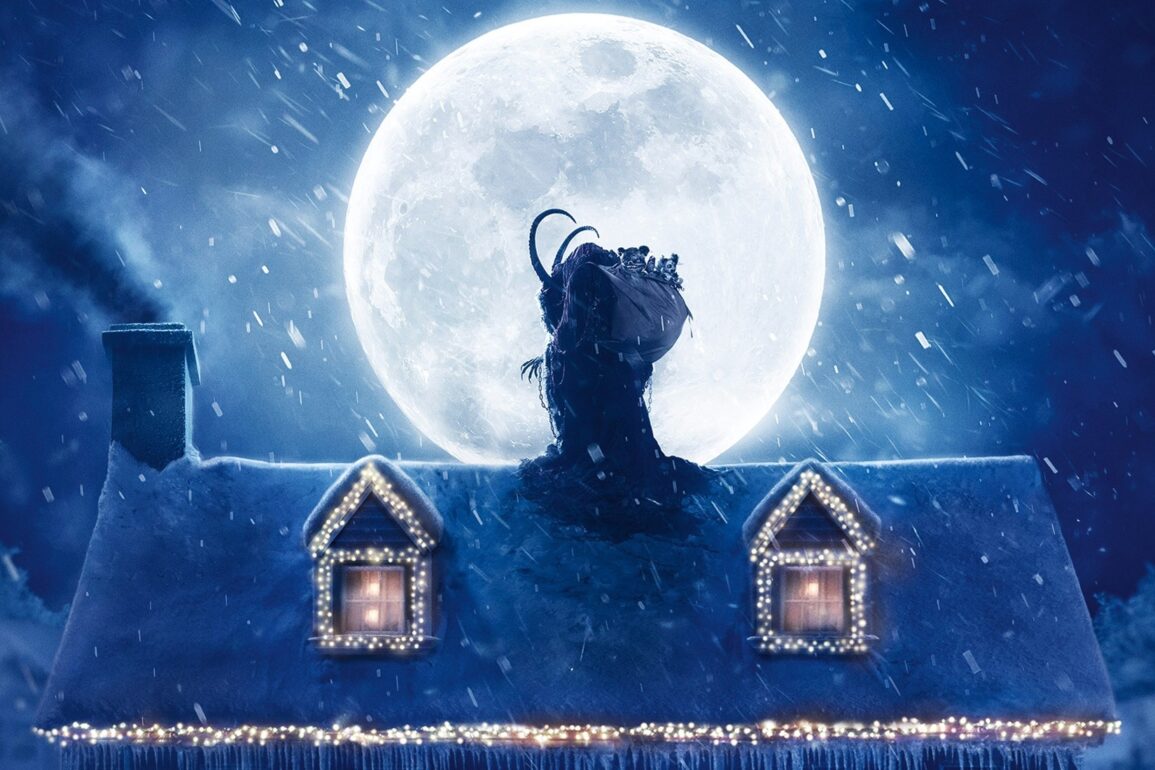 Distinctive melodies and themes and hearkens back to the glory days of film music.

Review: Last year’s sleeper hit holiday horror film Krampus was released in the thick of the holiday season just when we needed a good old-fashioned seasonal horror fix. It centers on a thoroughly unlikable, bickering and cynical family on Christmas Eve and the accidental summoning of “the shadow of Saint Nick” – the Christmas demon Krampus – to their home, resulting in a cathartic slay ride.

From director Michael Dougherty, who scored major points with his now-classic Trick ‘r Treat Halloween horror anthology, Krampus was a reunion between Dougherty and his composer from that film Douglas Pipes. Pipes is a vastly underrated composer who hasn’t gotten to enjoy a huge composing career (yet), but his work on Trick ‘r Treat, Monster House, and now Krampus has proven that he’s a jewel of a composer in a field of mediocre composers. His work is distinctive with melodies, themes, and his own fingerprint and style. The music of Krampus is a perfect blend of famous Christmas standards enmeshed with the dark, tonal shifts of a seasonal horror film. It’s a pretty great score performed by a large orchestra, and it’s a hearkening back to the glory days of film music by the likes of James Horner, John Williams, and Jerry Goldsmith.

La La Land Records released the soundtrack CD to Krampus last year, and it’s still available to purchase. Grab one and listen to it this holiday season.