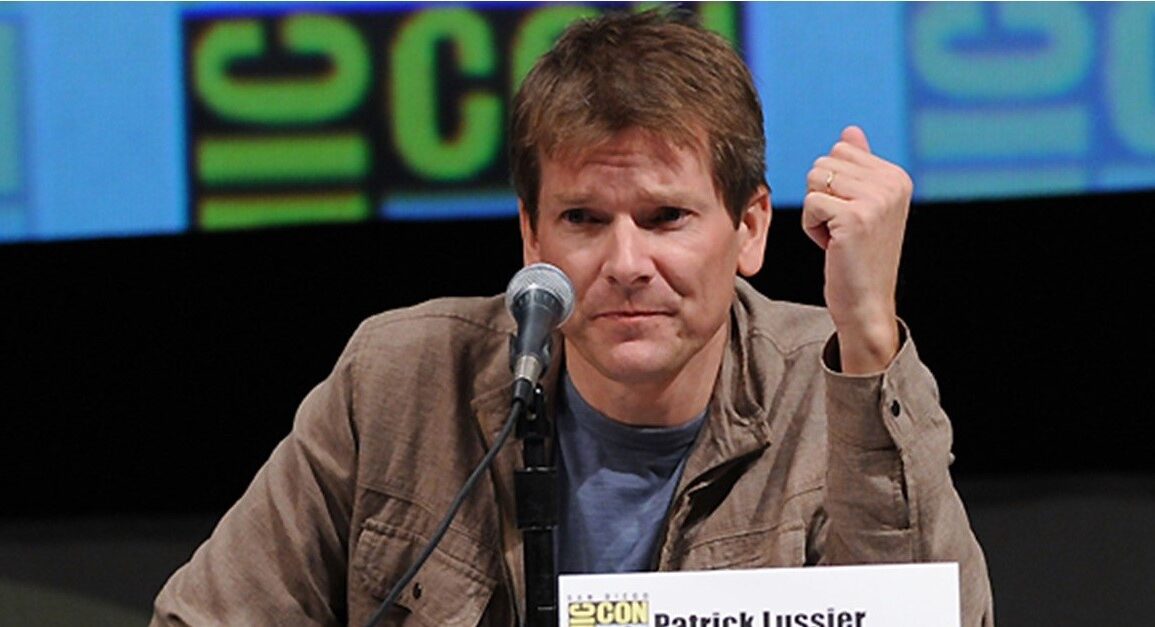 Patrick Lussier is a filmmaker whose career has been almost completely defined by the horror genre.  Starting his career as a television editor in 1991, Lussier graduated to editing features with Wes Craven’s 1995 film NEW NIGHTMARE. This started a partnership between the two that lasted through several films, including the highly influential SCREAM series.

It wasn’t long before Lussier started directing his own horror films. His first major success came with the 2009 slasher remake MY BLOODY VALENTINE 3D which grossed over one hundred million dollars, nearly nine times its production budget. He followed that up with another 3D film, the Nicolas Cage “demon on wheels” action/horror hybrid DRIVE ANGRY.  That film was a commercial and critical disappointment but it has slowly developed a devoted cult following over the years since its release.

Now Patrick Lussier is back with a new horror film in the subgenre that brought him his initial notoriety, the slasher, with the ultra-violent and outlandish TRICK. The film tells the story of a no nonsense detective (Omar Epps) trying to stop a seemingly immortal killer who only appears once a year during the Halloween season to wreak havoc.

I sat down recently with Patrick Lussier to talk about TRICK, making horror fun, the legendary Tom Atkins, and more.

What inspired you to make TRICK?

Then we have the mystery sort of start to unravel a lot of things that you believe you know? So many investigations and stuff that I’ve read about and from talking to different people and certainly Omar [Epps] and Ellen Adair have dialogue, in the film, that reflects this – the assumptions that you make at the beginning always lead you down a path… that could easily be the wrong path. So, you have to be aware of what you assume to be true and that really framed the whole idea of how we put the story together. 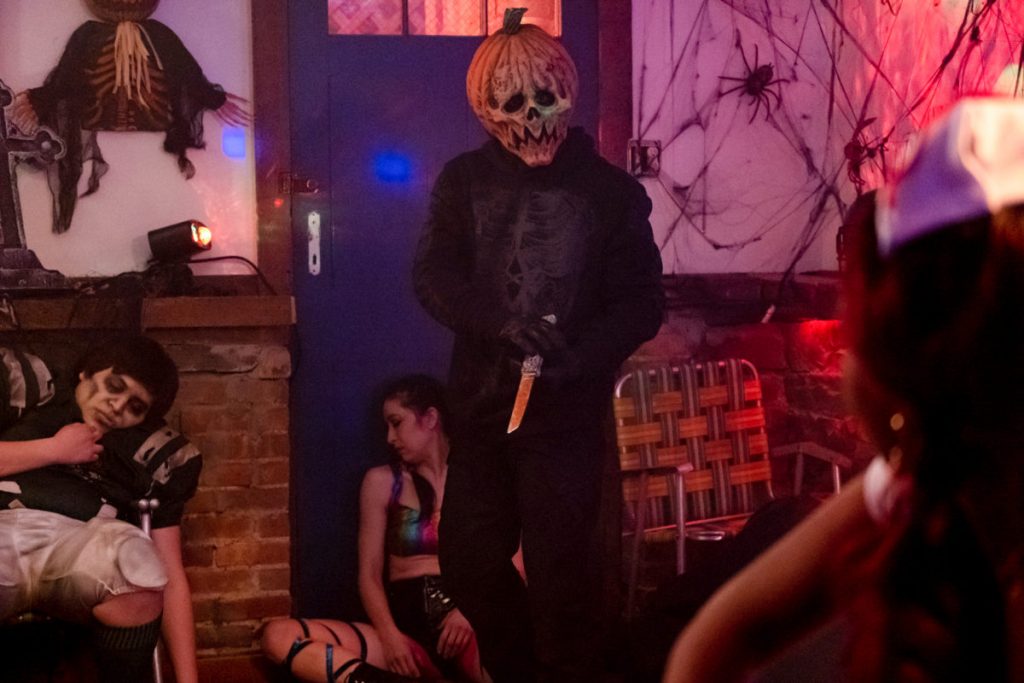 Where did the inspiration for the look of, the character, “Trick” come from?

In terms of the costume, that was something worked out with the costume designer, Bethanne Kelleher. She did a great job. We totally talked about a few different things for “Trick’s” look. We wanted to have something that wasn’t just black, that had something else to it because we wanted the character to be so fast. Having worked on SCREAM and things like that, certainly the costume in SCREAM did not always promote fast movement, people tripped over the [SCREAM costume] all the time. So we wanted something that had almost a “combat” look to it. That was very much the beginning of the idea.

In all of your collaborations with screenwriter Todd Farmer you imbue the horror with a sense of fun, despite the dark and violent subject matter. How do you approach that task?

That’s a good question. I think that a lot of that has to do with the sensibilities of both Todd and myself, there’s always that gallows humor or that lightness in the face of absolute horror, and like how you connect with the characters, so wanting characters that you like, wanting characters that you are compelled by. Those are all things that we felt were really important.  Having worked with Wes Craven for so many years, the idea of having humor in a horror… he was always like, “you have to give the audience some relief, because it does two things – it gives them a break from the tension and at the same time that relief disarms them. So that when you ramp up the tension again, it’s even worse”. It’s a deliberate design. You know, personally, I find it hard to watch movies that are so oppressive and endlessly assaulting. That’s not really the movie I’m interested in making. 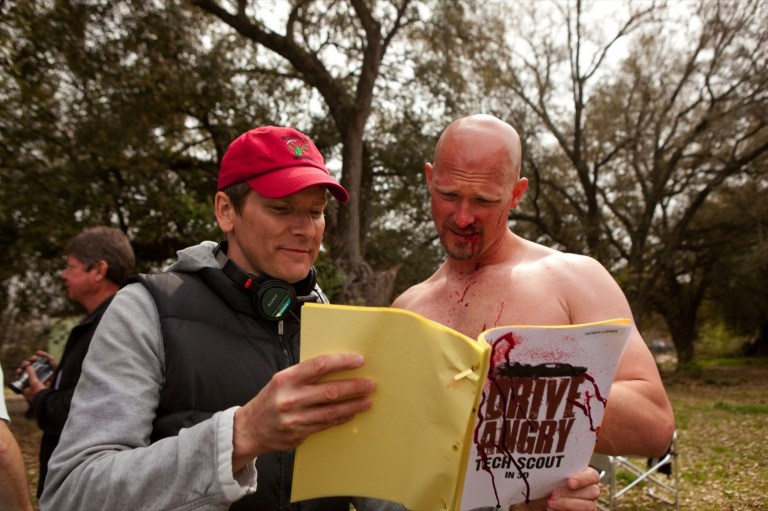 Your films have a kind of “spook house” or “roller coaster” vibe to them for sure.

I’m glad. I think you should have a fun time at the movies and not be like, “oh, God” the entire time.

How did your working relationship with [noteworthy horror actor] Tom Atkins begin?

Well, you know, I first met Tom Atkins back in 2008 on MY BLOODY VALENTINE. A friend of mine, Tom Piccirilli, a talented novelist who has since passed away, said to me when we were shooting in Pittsburgh, “you know, Tom Atkins lives there”. And it’s like, “Oh my God, really?” So, I set up a meeting with him and said, “Hey, we have this part in MY BLOODY VALENTINE and we’d love you to play it”. He and I just hit it off instantly and became fast friends. We’ve stayed in contact ever since 2008 and then we brought him back for DRIVE ANGRY. He was the first person on the list that we wanted to cast because he’s just amazing, Tom Atkins. A national treasure, as they say.

It must have been hard not to just ask him a thousand questions about NIGHT OF THE CREEPS.

You know, we talk about NIGHT OF THE CREEPS a lot actually and he will rattle off dialogue from the film. I mean, he’ll rattle off dialogue from ROCKFORD FILES, his memory for things that he has done [is great] and you know, he’s in a one man show, “The Chief”, which is just him driving for 90 minutes and he can rattle off so much… He’s pretty incredible and incredibly well trained and approaches it with such an ease. He’s a great performer.

He’s a legend to me and I think every diehard horror fan. So, much of TRICK takes place around Halloween. What do you think is the key to really capturing the spirit of Halloween on film?

You know, a lot of different films have done it over the years. I think you are always tied into what your personal memories are of Halloween. Cinematographer Amanda Treyz and myself talked about wanting to have something that was pretty colorful, so that it wasn’t just sort of monochromatic or muted and “blue” – let’s really embrace the fact that it’s such a colorful time –  the leaves are turning, things like that. The feel is helped by the costumes, the lighting and everything like that. So we wanted to lean in to that and play up that part of it so that it always felt like the world was heightened. 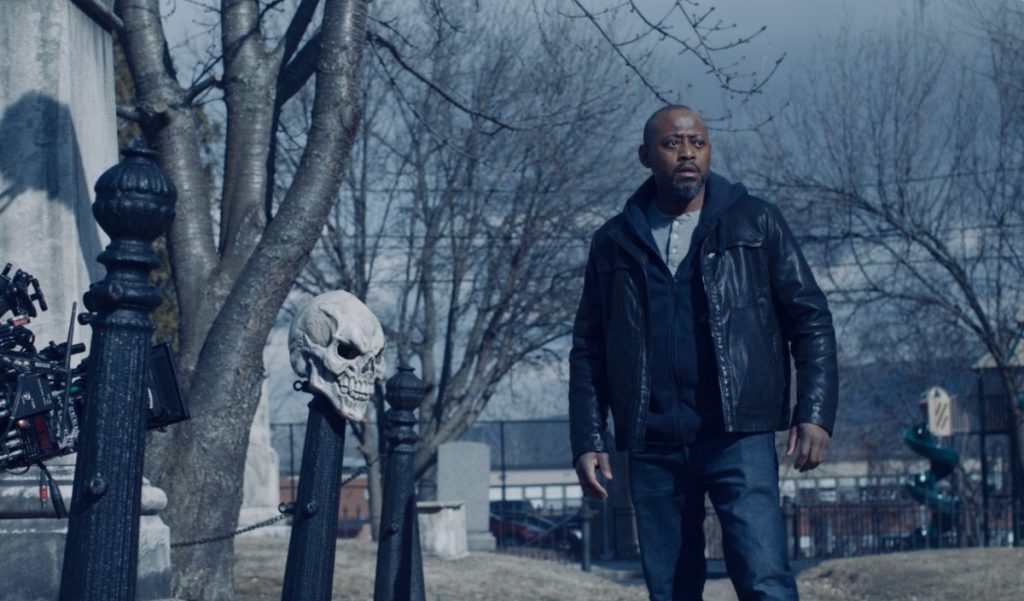 The use of color, especially in the third act really reminded me of classic [filmmaker] Dario Argento.

Yeah, that was all things we had discussed, …of wanting to do that and to keep something that was really vivid. So [the audience] were very much drawn in and immersed in the world in the same way the characters are.

As we are wrapping up, what scares you, Patrick?

What scares me? So many things scare me. I think that’s part of the reason why I like doing this, because you know, life is constantly terrifying. Whether it’s just walking down the hall in the dark to, you know the fear of being incapacitated or things like that. There’s the fear that you’ll lose your loved ones, fear that you’re going to absolutely fuck up beyond any recovery. Those are all things that terrify me. That and, well… I won’t say anything political ,.. [laughs]

[Laughs] Well, Patrick it was a real pleasure to talk to you and I wish you nothing but success.

TRICK is out now in Theaters, On Demand and Digital HD.