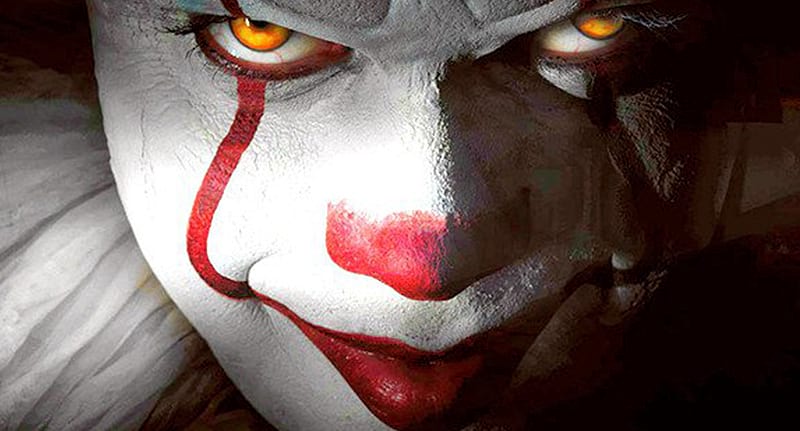 It is easily one of the best horror movies of the year effectively providing scares, laughs and gore to keep genre fans happy. Bring on Chapter Two…

Plot: A group of bullied kids band together when a monster, taking the appearance of a clown, begins hunting children.

Review: Stephen King’s It has been getting a lot of hype over the past few weeks and the trailers made it look like it was going to be far more nightmarish than the rather cheesy (but still great) mini-series from 1990 (27 years ago It fans).

Before I talk about the film I just want to mention that I actually had the worst theatrical experience of my entire life watching this. The Cineplex theater in Mississauga is the worst theater in the region and the people that go there tend to be scum. Sadly, all of them were there last night and talked most of the way through the movie while looking at their cellphones and 4 stupid little bitches actually recorded some of the movie on their phones. Were there any staff around to do anything about it? Of course not. That was the last time I’ll ever set foot in that theater though and really reminded me why I’ve started to hate going to the movies these days.

Anyway, back to the film itself. For me Tim Curry will always be Pennywise the Dancing Clown; he brought such personality to the role but I think Bill Skarsgård has made him far more terrifying. Curry had some cheeky humour but this Pennywise won’t have you laughing too much. This is a far more gruesome tale than the watered down TV version so be prepared for some gore and a more unpleasant tone. There’s also a lot more swearing in this version which apparently is just like the book which incidentally I’ve never read.

The acting is all first rate and the kids are great in their respective roles; I also really enjoyed the 80’s setting and it was fun trying to spot the various movie posters in the kid’s bedrooms. You’ll really root for these poor children who really go through the ringer in this movie; not only are they dealing with a killer demonic clown but they also have to deal with the local psychotic bully Henry Bowers (Nicholas Hamilton) and his mullet. I thought the bullies were arguably scarier than the clown and were a realistic threat anyone could relate too.

Despite evil on every side we still manage to get some choice moments of humour mostly coming from Ben Hanscom (Jeremy Ray Taylor) and his fandom of New Kids on the Block but also from Stranger Things’ Finn Wolfhard. We really get to know The Loser’s Club so we are rooting for them every step of the way as they deal with monsters, bullies and even their own messed up families.

Be under no doubt that this movie is utterly terrifying and has plenty of scares as well as bloodshed; there were several moments when our audience were jumping and screaming… when they looked up from their phones. The tone is spot on with the right amount of characterization, humour and jumps so you’ll be glued to the screen throughout.

I really liked the music score which brought a more sweeping scale and extra chills with creepy children singing *shudders*.

In terms of flaws I think the fact that I was so familiar with the story meant that I knew what was coming a lot of the time but there were enough changes and shocks to make sure it wasn’t an issue.

Overall, It is easily one of the best horror movies of the year effectively providing scares, laughs and gore to keep genre fans happy. Bring on Chapter Two…