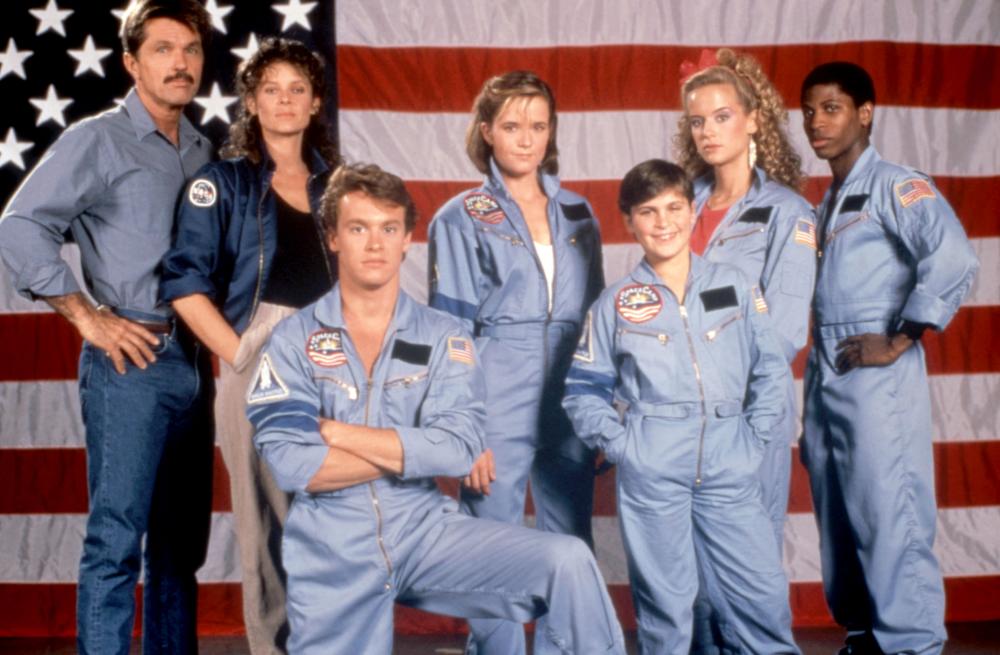 SpaceCamp is an optimistic coming of age story that focuses on wish fulfillment.

Plot: The young attendees of a space camp find themselves in space for real when their shuttle is accidentally launched into orbit.

Review: NASA hosts a summer “Space Camp” that will entice its enrollees to join up, with the prospect of becoming astronauts. One of the instructors is Andie (Kate Capshaw), who her whole life has aspired to go to space, but has consistently been turned down in favor of other more experienced candidates. Her class mostly consists of valley kids like smart aleck Kevin (Tate Donavan), earnest student Kathryn (Lea Thompson), tech geek Rudy (Larry B. Scott), Tish (Kelly Preston), a ditsy blonde with a photogenic memory, and little genius kid Max (“Leaf” Joaquin Phoenix). After weeks of not getting along and a lack of establishing proper communication skills, the class steps aboard a functional rocket to perform some drills, but due to a malfunction (thanks to a cute little robot who wants his friend Max to fulfill his dream of going to space), the rocket blasts off to outer space, putting the team – including their instructor – in dire jeopardy. With no real experience and a rocket not equipped for anything beyond a simulation, the team must orbit the earth, go to a space station to replenish their oxygen, and somehow make it back to earth alive.

I vividly remember seeing SpaceCamp during its original theatrical release, and I’ve seen it a few times since over the years, but even in 1986 it was tainted by the real-life Challenger tragedy earlier that year. This is the fantasy “what if?” flipside version of those horrible events. The cast is appealing in flimsily written roles, but the score by John Williams helps give the film some pedigree. Director Henry Winer came from television and didn’t do too many other theatrical films, and this film does indeed resemble a TV movie with some special effects. As it is, the film is an optimistic coming of age story that focuses on wish fulfillment.