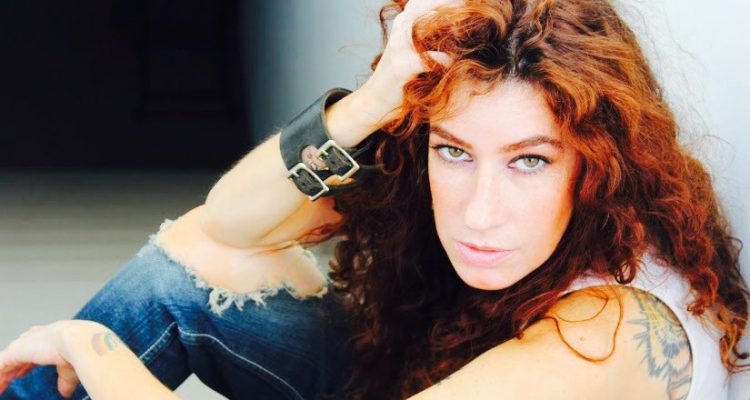 Victoria De Mare is one of Hollywood’s reigning “Hottest Horror Scream Queens” for over a decade according to the cover feature editorial article of the January 2017 issue of Hustler Magazine. She has appeared in over 110 Film & TV productions & counting. She is best known for her creation & portrayal of the sexy demon succubus clown, “Batty Boop” from the horror/comedy feature series, ‘Killjoy’, which will be available as an action figure resin doll statue courtesy of Full Moon Collectibles worldwide September 2017.

Victoria is a graduate of New York University with a B.A. in Theatre Arts and Broadcast Journalism. In addition to being a prolific character actor, she is also a published writer, published poet, professional model, live talk show host & producer, as well as a professional dancer & former member of the Hart Pulse Dance Company, Wilmington Ballet Company, & Joffrey Ballet Company with guest artist performances at the St. Croix Ballet Company in the Virgin Islands.

Is there any interesting story about how you got involved in the industry?

Well, I’ve been performing since I was 6 years old, but my first professional gig was on the old TV soap opera “As The World Turns” formerly on CBS.  I always knew what I wanted to do with my life.

Had you studied acting?

Yes, of course.  I have a B.A. in Theatre Arts & Broadcast Journalism from New York University.  I also studied with Bill Alderson in the Graduate Program of the William Alderson Studio along with Advanced Scene Study with Joe Palese & dialects with Robert Easton in L.A.

Did the horror genre chase you or did you chase it?

My first auditions out of school were for horror films.  I wouldn’t say that I “chased” it at all. I think it was just fate.

Had being in a cult horror movie been a goal of yours?

No, it wasn’t a goal.  But, when it happened I thought, “ok, of course, this is exactly where I’m supposed to be.”

Which of those classic films is your favorite?

There are filmmakers you seem to work regularly with, like Charles Band and Jim Towns.  Do you prefer to work with those you’re familiar with?

Yes, I enjoy working with some of the same filmmakers repeatedly.  But, I wouldn’t say I’d “prefer” it.  They just luckily have continued to offer me work!

Can you tell us about your process as an actress?

I create the character I’m portraying off the page from the feet up.  I think about her every detail & I go to auditions “in character” & prepared as if I’ve already booked the gig & am shooting it on set!

Any advice for those wanting to… do what you do?

Find out what your passion truly is & what your goals & dreams are & dedicate your life to it. Belief in yourself is the most important thing.  Create your own path & Don’t listen to the naysayers.