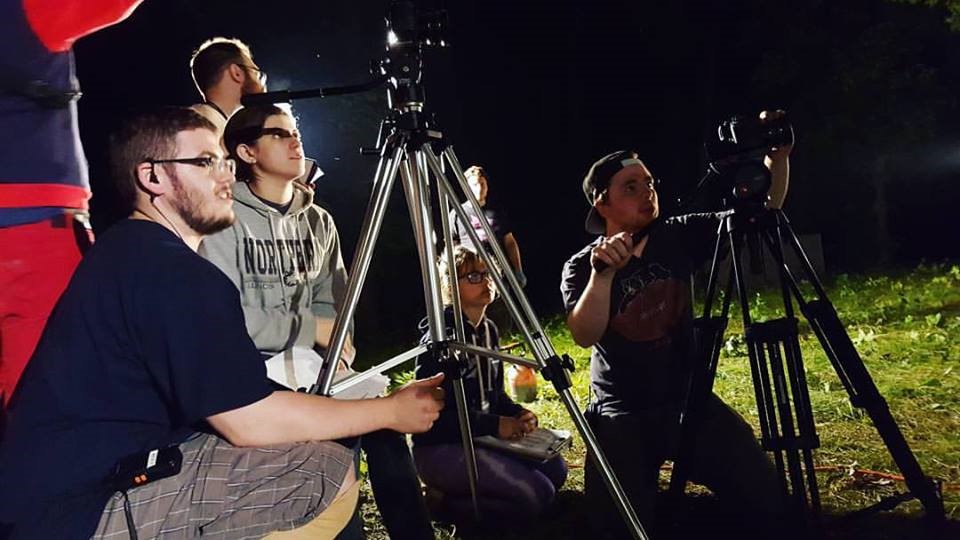 Recently fired, a grim reaper terrorizes a small town, killing and collecting souls for a purpose only he knows. Sam and Martin, slackers who work at the local bakery, are hired by a mysterious stranger to stop him from killing again. Ryan Matthew Ziegler, Sean Walsh, Mike Behrens and Lisa Wojcik star.

Executive produced by Volumes of Blood’s P.J Starks, Butcher the Bakers is a fantastically splatastic new indie jaunt that gives both the lungs and funnybone a workout!

Is this a movie you wrote or co-wrote? How long did it take to get out that initial draft?
I co-wrote Butcher the Bakers with Virginia Campbell. We’ve worked together on all of the films we’ve made. The initial treatment was based on a script I wrote. We took some elements that the team liked and then Virginia and I built an entirely new story around that.

How much did the script change over the course of the next few drafts?
I couldn’t say how it changed in the writing process, but it definitely grew into itself through the entire production. The core story was always the same, but the jokes and conversations evolved especially while on set. We always went with what was funniest and allowed some improv.

Is there anything you found more challenging when penning the screenplay?

We wanted to have interesting and focused dialogue in the script. There are several plots and character pairings we follow in the film and needed to make each of their parts felt worthwhile and entertaining. It was a fun challenge that got easier when we filled the roles with a talented cast.

When working on the screenplay do you have actors in mind for some of the characters, as you write them and their dialogue, or did that come later?
We definitely write parts for people as often as we can, but sometimes it comes down to finding the right person. Our second film involved casting from the east and west coasts and were fortunate enough to find the right people for the parts. Butcher the Bakers was filled with far more people who wanted in before we had a second draft.

Can you talk about some of the initial ideas for casting?
The toughest challenge was casting the grim reaper, Dragomir. We had a vision of a big burly bad guy but didn’t really know of anyone in our circle that could fit the role. It came down to the wire but two weeks before filming we secured professional wrestler Mason Beck who was perfect in the role. Originally Drag was to be more silent and brooding, but Mason was so much fun on set we had to give him more to say to match his awesome personality.

Did you do a Tarantino and cameo in the movie?
I play a recurring character in all of my films named Richard Pocket. He’s a kind of dimwitted loudmouth who always ends up in the wrong place at the wrong time.

Any advice for those looking to make a movie – should they just ‘go out and do it’ or do you advise they get educated first?
Make what makes sense to you. Work with people who say “why not” and don’t constantly ask “why.” Try and fail and then try again. Eventually you’ll learn to turn the thing you see in your head or on your script into the cinematic vision you wanted.