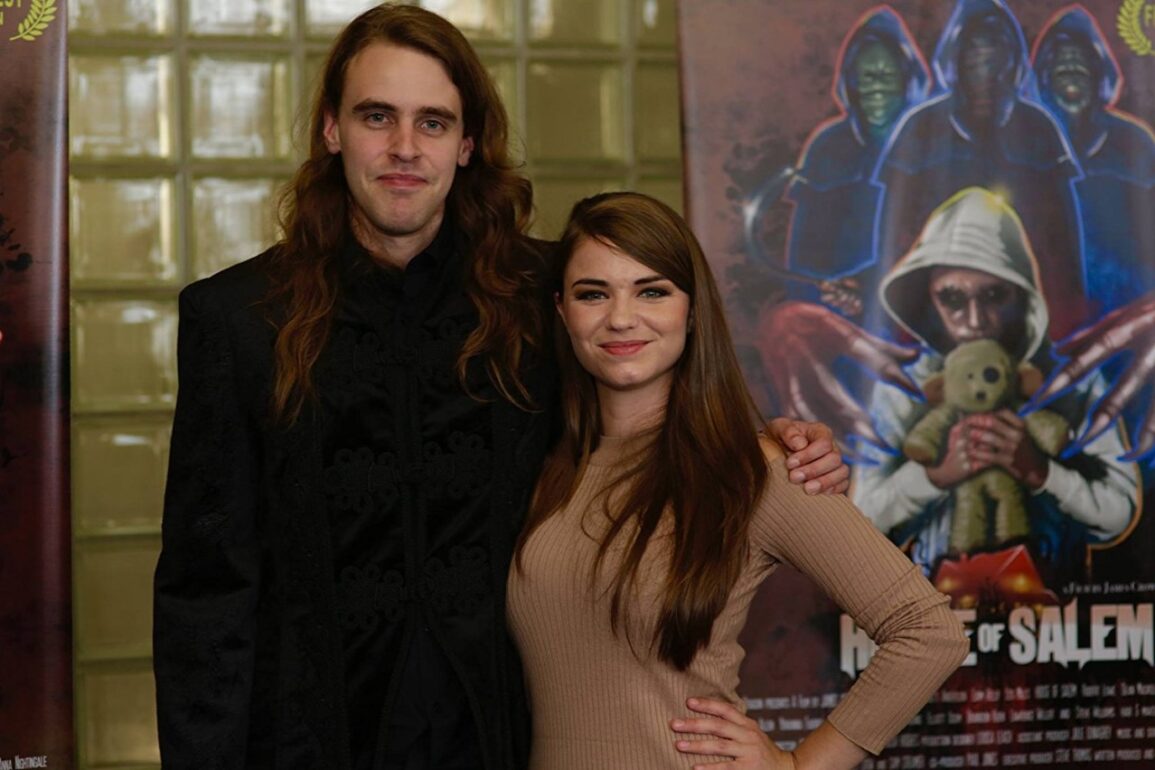 Kent-based James Crow follows up his terrific fright-fest Curse of the Witching Tree with an equally scary, equally polished indie genre effort, House of Salem (out via Wild Eye Releasing this month).

Is this a movie you wrote or co-wrote? How long did it take to get out that initial draft?

I wrote the film on my own. The actual script writing of first draft for me never takes more than two weeks. I tend to lock myself away with lots of coffee and just go at it. I actually ran away to Weston-Super-Mare to write this one. I usually collect ideas in my head and once theres enough I just get it all down. If a script is taking too long to write, I usually abandon it. They should just flow in my opinion.

How much did the script change over the course of the next few drafts?

There were changes once we decided on location of house. Some of the rooms inspired new scenes. I also improve and change a lot on set. Thats where my film scripts tend to change the most. While filming. I’m quite reactive and get a lot of ideas when I start seeing stuff through the lense. I love improving stuff.

Is there anything you found more challenging when penning the screenplay?

Trying to convince producers and distributors not to panic mostly! The biggest challenge I always have with myself is reigning in my imagination for the budget. It’s so easy to get carried away when you are writing.

When working on the screenplay do you have actors in mind for some of the characters, as you write them and their dialogue, or did that come later?

I tend to work with a lot of the same actors or actors I know, because I think its good when you get used to working with certain actors. And then you do end up writing for people in mind. I knew people like Les Mills, Robert Lowe, Anna Nightingale, Dean Maskell, Nalan Burgess, Sarah Rose Denton and Yohanna Knight to name but a few on this film. I like a lot of directors who use the same actors.

Can you talk about some of the initial ideas for casting?

Obviously there were the people I had in mind. But it was quite a challenge finding someone to play Anna. We needed someone young but with depth and a vibe from the streets. We also saw a lot of kids at The Pauline Quirke Academy to find Liam Kelly who played Josh.

Did you do a Tarantino and cameo in the movie?

As I’m a very technical director I tend to still be very close to camera and lighting still. I think I do enough jobs as it is! I think I’m happy to at least leave the acting to others.

Any advice for those looking to make a movie – should they just ‘go out and do it’ or do you advise they get educated first?

Definitely just go out and do it and don’t be afraid to make mistakes. The best way to learn is on the job. Just try not to kill anyone or destroy anything or run up too many debts, and make sure you are making films you like.