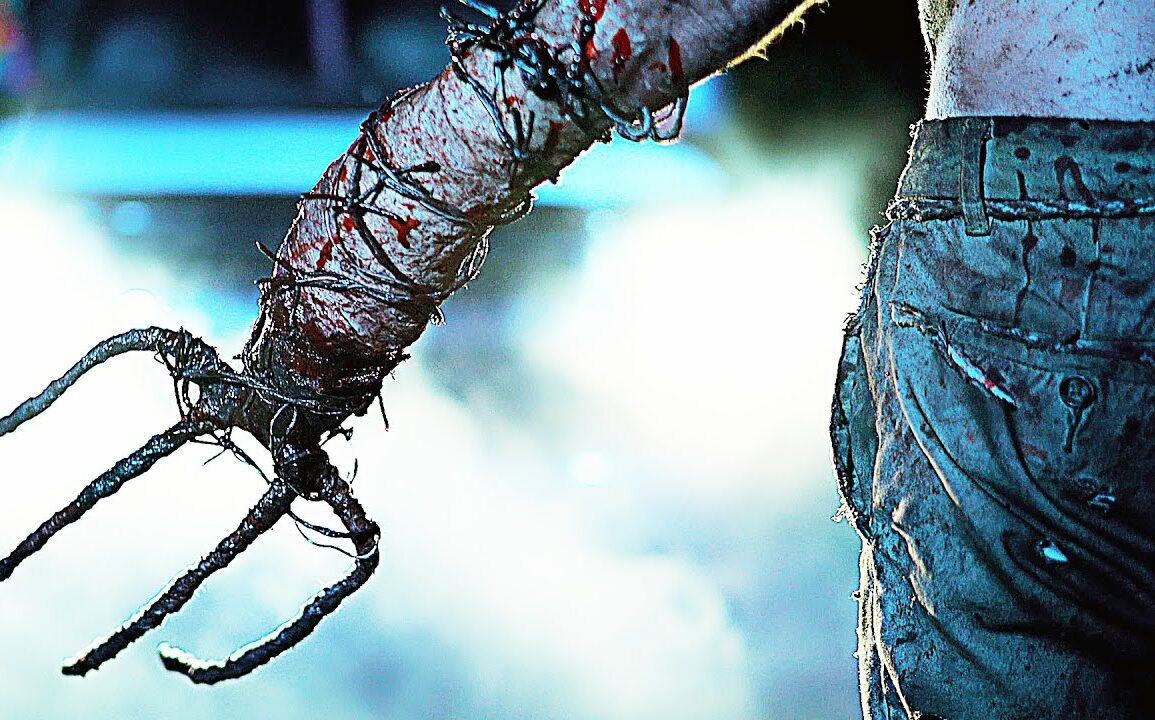 Glenn, where did the idea come from for Pitchfork?

Strange enough I was watching a Oprah Winfrey episode, I recall it was about a man whom had lived his childhood treated like a dog. He went on to write a book and help inspire other who are dealing with child abuse. I thought what if it totally took a different direction, what if he had gone mad, and just went bat ass crazy.

Would you say any other films played an influence?

I know that Sam Raimi and John Hughes influence my film big time, big fans of almost every film they have done, you see some of them sprinkled thru out the movie. And I am a true horror fan so I did give some homage to films like Nightmare on Elm Street, Texas Chainsaw Massacre and Footloose, yeah that’s right change it up a bit with a dance number in the middle of a horror film, I’m the 5678 man how could I not have a choreographed routine in the film, just call me the John Travolta of horror, I guess.

Is it hard to ground a horror film?

Was it intentional to do something rather different from other films of the same genre?

I wanted to do something a bit different by using some new elements, and changing it up with the characters. But also give the horror fans the horror slasher stuff we all love.

Have you always been a horror fan? Do you think one needs to be one to make one?

I think it sure can’t hurt! I have loved horror since I was 13 years old after seeing Sam Raimi’s The Walking Dead. I even went to Michigan State University with the thought that, that’s where Sam went. If I was going to be a movie it had to be something I had been studying the last 25 years, I have these box of horror dvd’s that have over 600 films in it, and they travel everywhere with me, so that any chance I get I am watching and studying these films.

How long of a journey has this been for you? When was the film completed?

It has been a year and a half of my life. It has been such a blessing and amazing experience, really a dream come true. So these 500 something days haven’t felt like work. It’s been literally blood sweat and tears to bring you this film. Everyone in every department worked their best to give you this monster, I am so proud of. 21 days in the summer of 2015 have been the highlight of my career, more then dancing for the king of Morocco,more then working along side the King of Pop Michael Jackson, I have had a child yet but man I think it fells like I just gave birth to Pitchfork and I am on horror cloud 9.