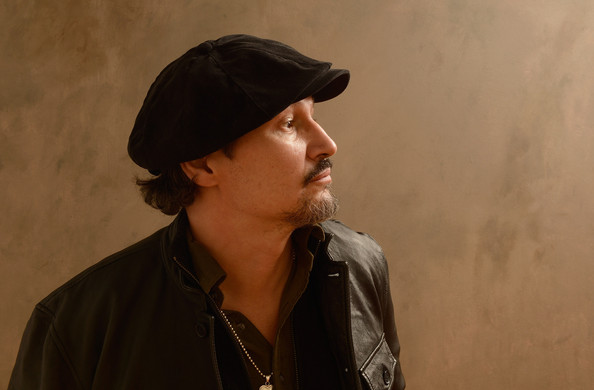 Fewer and fewer films are made and released with striking and distinctive voices all their own, and Jim Mickle’s vivid post-apocalyptic road film Stake Land from 2010 is such a picture. Written by its lead actor Nick Damici, who plays a tough vampire slayer of few words named Mister, the film is as American as they come with a stark vision of an apocalyptic future where vicious vampires have decimated the population. Damici’s Mister is a surrogate father and teacher of sorts to a young man named Martin (Conor Paulo), and together they form a special bond as they pick up more allies in a world gone wild. The sequel – Stake Land II (a.k.a. The Stakelander) – picks up years after the events of the original, but Damici is back as a rougher, harder version of Mister, and in this interview he discusses his inspirations for his apocalyptic vision, and where he’s coming from as the creator of these two vivid forays into the post-apocalyptic genre.

The original Stake Land was an incredible and very original post-apocalyptic film. Can you talk a little bit about your inspiration in the genre? Are you a fan of apocalyptic films or literature?

I am a big fan of the apocalyptic genre. I remember watching and loving The Last Man on Earth with Vincent Price. It was based on a book by Richard Matheson called I Am Legend, which was made into a few more movies. Charlton Heston did it as The Omega Man and Will Smith did it as I Am Legend. It’s a time travel idea, the idea that everything falls apart and there’s only a few people left is what I was going for with Stake Land. But I wanted to avoid people fighting against each other. That’s why they have a common enemy in the vamps. I added the Brotherhood in there too, but yeah, the core of it is humanity working together to fight a common enemy.

It’s impossible for me not to wonder if you see yourself as the character Mister. Mister is a great character: He’s a vagrant, he’s an outcast. Mister seems to be someone who can’t fit in with any civilized groups. What do you think?

Yes, Mister is wanderer, a vagrant: you said it. I don’t know if Mister is an extension of me, but sure, I see a little of myself in him. He’s an archetype. All of the characters in these movies are archetypes. But I don’t think I could kill vamps the way Mister does. I read a book called Sapiens: A Brief History of Humankind that explained that if there’s a group of 150 isolated people, they can exist and get along without the amenities and luxuries of modern civilization. They can get along with each other, but if their number grows to more than 150, then they will start to appoint a government and they will want to govern each other. There will be divisions. You against me. That kind of thing is how civilization works. It starts at the Stone Age onwards. It’s a very interesting book.

There are so many great characters and relationships in the first Stake Land, but the one relationship that sticks is between Mister and Martin, played by Conor Paulo. Say something about this relationship and how it carries through – so far – through two movies.

I’m very interested in the close relationship between men; not sexual love or homosexual love, which I don’t really have an opinion about, but strong love between two men. My relationship with my father was very much an inspiration to me. That’s a special bond between Mister and Martin. But the way the first film ends, with Mister leaving, I often wonder why he did that. I can’t explain it. But I like that when a movie challenges you to think like that. If it’s explained, it loses something. I may agree with the explanation, but I’ll just shrug and move on, but if I think about it, that’s the kind of thing I like. At the end of Stake Land II, after the big battle, Mister tells Martin to leave. Martin hugs him, embraces him. But Mister doesn’t return the embrace. He would never do that. That’s just not something he would do. You don’t know how that ends, but that’s the way I do things.

Jim Mickle, who directed the first film and several other projects you’ve written, didn’t direct Stake Land II. The sequel was done by two directors – Dan berk and Robert Olsen. I was wondering why Mickle didn’t return, and I’m also wondering why you didn’t direct it in that case. I think you’d be a great director.

Well, I’ve never thought of myself as a director. I’m not a technical guy. I’m not good with cameras and things. I’m not a general. I’m more of a sergeant. Jim Mickle, who did the first one, is my boy. I love that guy. But I think as far as he’s concerned, he’s already done Stake Land. He’s moving on to greener pastures, and I can understand that. These two guys who did the second one are much younger than me, and I may have scared them a little bit, but they were great to work with and they turned out to be great guys. They came to me from Larry Fessenden. They did a wonderful job.

I just want to tell you that the original Stake Land is a classic. What a great film. The second one is good, but you’re really on to something with this series.

Well, thank you. I appreciate that. The first film is a definitive movie for me. Stake Land II is a beautiful bridge from the first, but the second one is a really beautiful movie that holds its own. If everything goes over well here, we’re talking about doing a Stake Land III; I’ve been talking to Conor and Larry Fessenden about it, and working on some ideas, and I may perhaps direct it. We’ll see.

Last question: If the world were to end as it does in the Stake Land pictures, and you found yourself to be a survivor in that world, do you think you’d make it in that world?

No, I don’t think I’d survive in that world. I’m 57 years old. I think the first people to die in that kind of world would be the young – the very young with no one to protect them – and the old folks. I’m old now. I don’t think I’d have it in me.

Stake Land II will be released onto HD formats on February 7th and onto DVD and Blu Ray on February 14th from Dark Sky Films.