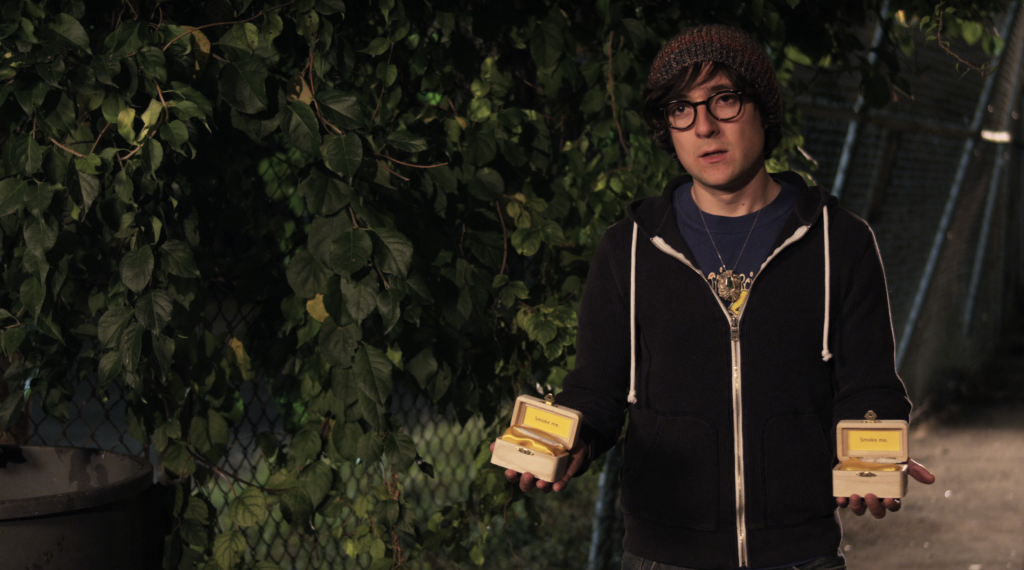 Marc Brener is coming off the success of his award-winning short film “Say It Ain’t Solo.” The project was accepted into six film festivals.  At the Las Vegas Comedy Festival, “Solo” won Best Ensemble and Future Producer to Watch For, while at the Los Angeles Comedy Festival, it took the top two prizes – Best Direction and Best of the Fest.  The cast included Malin Akerman, Jason Alexander, Josh Brener, Emmanuelle Chriqui, Christopher Lloyd, Joe Mantegna, Kunal Nayyar, Eddie Kaye Thomas, and Stephen Tobolowsky. Marc has completed three other short films (including one for Paramount Pictures’ Adam Goodman and Marc Evans), and is currently writing his first play – a musical comedy. We spoke to the talented filmmaker and musician about his most recent feature, “The Rumperbutts”, which hits digital 11/19.

Where do we find you in the moment, sir?

In the moment, living on the East Coast, enjoying Fall, gearing up for Winter, all the while, writing a new musical comedy – this one for the stage. A first!

And how has the pandemic treated you?

The pandemic has been limiting time around people. The downside, it can get a little lonely. The upside and silver lining, is that generally means more time to write and make music.

Did it affect your work at all? Or give you that extra time to maybe have a new look at films you’re editing or in post on?

It provided more time to work on the play. Write songs. Watch movies. There used to be a feeling that everything had to be done fast, and with the pandemic, patience came into play even more, and feel the quality of the work at a no-rush pace has significantly improved which feels great.

Was the re-release of “The Rumperbutts” affected it all by the coronavirus situation?

So far nothing has been affected on my end. We connected with the GDR team in 2020. Patience is a mantra, and so I would always say to myself that when the time comes for the re-release, we’ll be ready.

Perfect film to release right now, with so many people still at home. Now’s the part of the interview where I ask – why did you decide to re-release the film?

The movie initially came out in 2015. We had a minor disagreement with a business partner and everyone decided the best thing to do would be to pull the film (after it only being out in the world very briefly). Excited to be given a second chance here in 2021!

Maybe it’s an obvious question, are you related to the film’s star Josh Brener?

Yes. Josh and I are brothers.

I imagine with Josh’s star rapidly on the rise there’s a lot of interest in the film’s re-release?

Sure, hope so. Josh is great! He works hard. He is hilarious. We have worked together several times now and he shows up ready, on time, and has great ideas that help make an idea shine.

Most independent filmmakers have it tough. Has there been a point at all when you’ve become disillusioned with the industry and lost your passion?  What keeps you going?

It hurt when after years of work we had to pull the film. It was the right decision. That is likely the closest to losing the passion as it comes. Have gotten the passion back since, and as to what keeps things going – I love to make people laugh. And while I’ve played piano and guitar for a while, the songwriting became something new these past two years. So, combining music and comedy is a new passion which I’ve very grateful to have found.

THE RUMPERBUTTS on Digital 11/19 from Global Digital Releasing