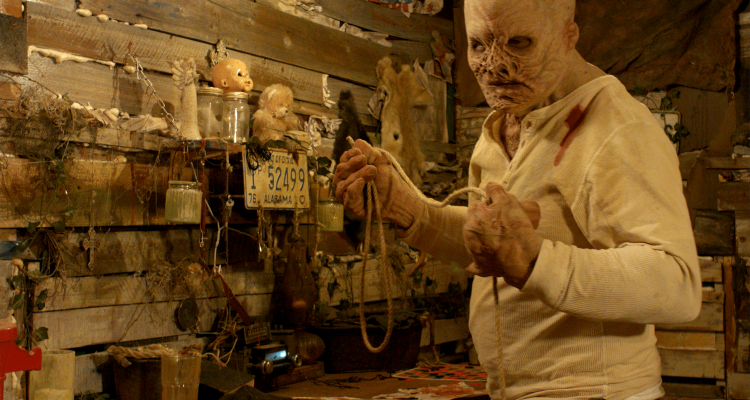 High school cheerleader Molly woke bound and gagged in the trunk of her boyfriend’s car. That was the high point of her night. After escaping and fleeing into the nearby forest, she comes face-to-face with the town urban legend: The Hangman, a deformed zealot said to lynch male trespassers and keep the women as “brides”. Now, Molly, along with her best friend and would-be rescuer Noah must work together to avoid becoming his latest victims.

We speak to filmmaker Thomas Smith about Backwoods, on digital December 1.

What inspired this rather unique – and very ‘freaky’ – particular story?

The opening scene with Molly waking up in the trunk of a car was the catalyst for everything else. That scene was inspired by a road trip Erin Lilley (co-writer/co-producer/wife) were on a few years ago. She was driving and I had nodded off in the passenger seat. When I finally opened my eyes and looked around I realized our route had us in the middle of nowhere, surrounded by forest, in the dark. That moment of waking up on a country road, confused, in unfamiliar surroundings triggered a whole “what-if” scenario in my imagination and that opening scene was born. Everything else flowed from it. 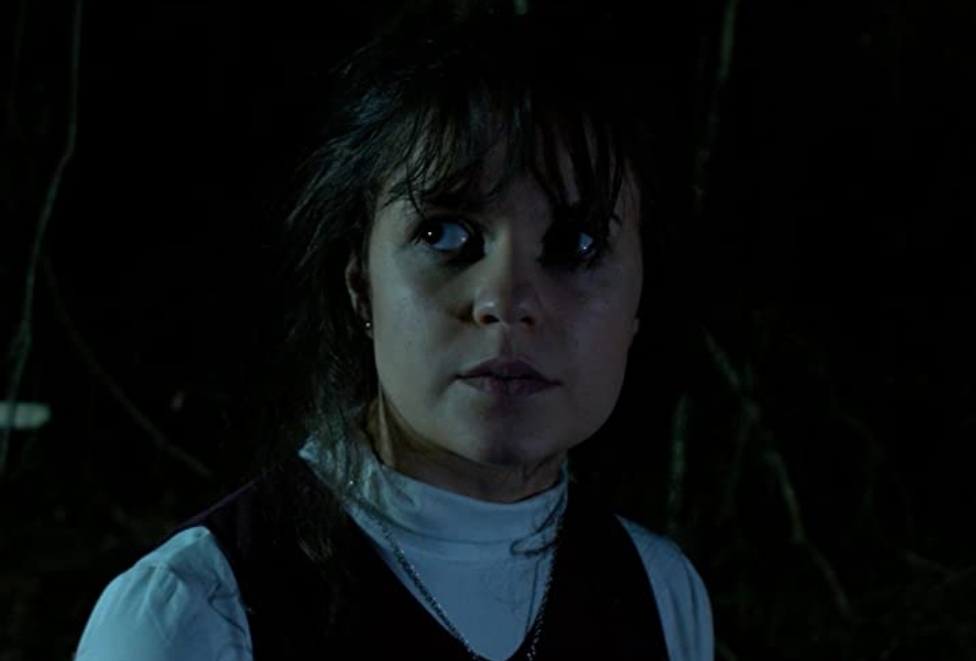 Did you sit down and watch similar movies before shooting? A bit of Wrong Turn or Hills Have Eyes?

I’ve certainly seen those films, and their sequels, in the past, but I purposely didn’t set out to revisit them prior to writing the script or shooting. I didn’t want to be influenced, consciously or subconsciously, by what was done previously. Hopefully our backwoods Hangman is a unique addition to the inbred lineage of murderous hillbillies.

In terms of directing choices, anyone you emulated here?

Backwoods is a little outside my wheelhouse as a writer and director. My previous films always had an undercurrent of tongue-in-cheek humor mixed with fantasy or horror elements, where influence from Sam Raimi and early Peter Jackson were evident in the tone. For this film I really wanted to get down and dirty and try something different. I didn’t find myself trying to emulate other directors, and instead focused on finding the film’s unique voice.

Was the role of Molly difficult to cast?

We were very lucky to get Isabella Alberti to portray Molly. We had worked together previously on Demon Squad, so once the script was complete she was the first person I thought of. What made it even better is that her real-life sister, Angelina, was cast to play her movie sister, Olive. That added a very honest rapport between the two on screen that’s difficult to manufacture. The Alberti sisters have been acting for years, since they were pre-teens, so they were both incredibly professional and a pleasure to have on set.

No wishlists for this film, but I’m really pleased with the cast we got for Backwoods. Some of these roles were difficult to cast, and I give full credit to Goleman Casting for finding some great talent for us to choose from.

If this was showing at a drive-in theater, what movie would you screen with it?