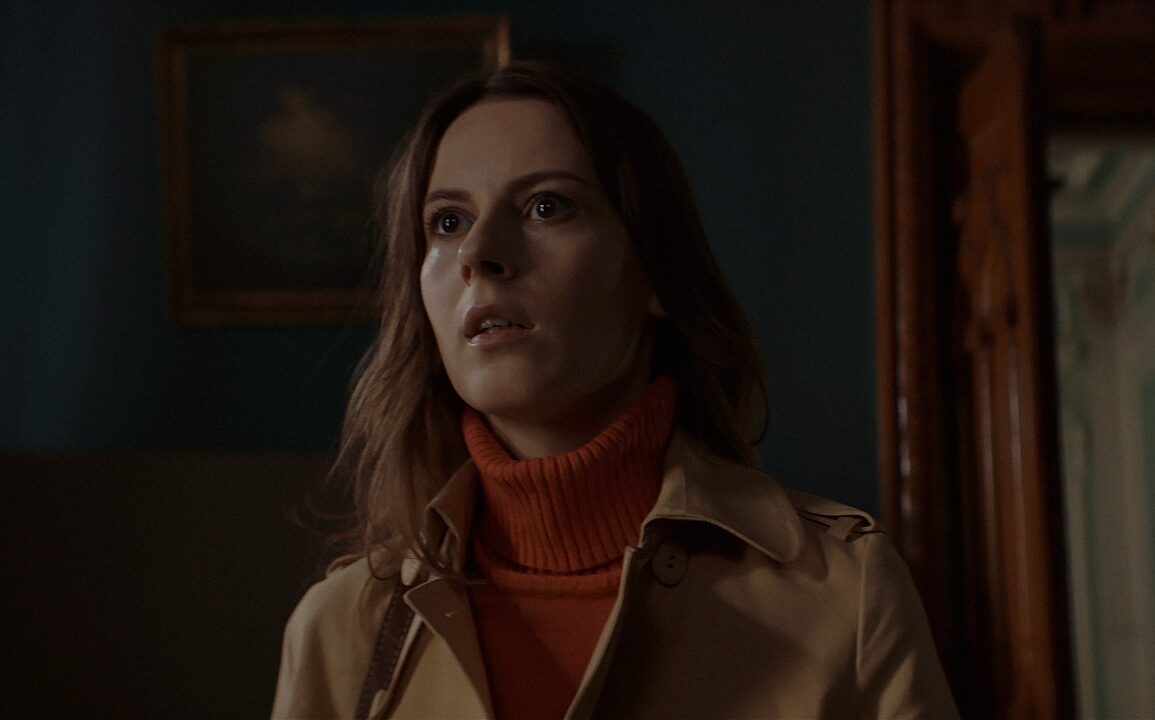 In the tradition of The Haunting of Hill House, The Inheritance on Demand and DVD April 13, 2021from Uncork’d Entertainment.

A woman’s inheritance takes her to Europe where she will uncover a dark and disturbing family secret. Once she is alone in the former family manor, paranormal occurrences in the home begin and slowly intensify. She is forced to face her fears to uncover dark secrets lurking in her family history. And the deeper she delves into the secrets the home possesses, the more horrifying the answers become. Natalia Ryumina and Nick Wittmanstar in a film by Chad Barager and Kevin Speckmaier.

We spoke to Chad Barager about the film on the eve of the film’s release.

The film was shot before the pandemic, was that right? so you weren’t affected?

Production wasn’t affected but marketing and distribution were stalled for a time as it was an independent film. I needed reps!

Did you decide to release the film now, while most are still at home, though?

Yes, that definitely became a priority.

Are you excited about the release? How close to it are you? Is it like a child you’re sending out into the world?

Very excited and a little nervous. It’s my directorial debut and I also created the story so it’s kinda like wearing your heart on your sleeve. When it’s finished you grit your teeth and hope people respond to it.

What was it about this particular project that appealed to you?

Ghosts. The unknown entities that lurk in old homes, always a favorite theme of mine.

Are horror fans going to dig it?

Yes (as I grit my teeth, heart on sleeve).

Was there a check-list of things you HAD to have in the film?

I needed a creepy child’s room. I needed creepy wallpaper in that room. I think we can tick those boxes.

It is comforting to see people covering the movie, and genuinely getting behind it?

What do you think – will we all, at some time, be watching films on VOD only?

I’ve always gone to the movies. I never stopped and never will. But I hope people stop using their phones when the lights go down.

Do you have a favorite scary movie?

Texas Chainsaw Massacre, the original. Terrified me to my core.