From writer Cameron Crowe and director Art Linson, The Wild Life is sort of an adjacent set of stories and incidents to Fast Times at Ridgemont High, but it’s also very much its own thing.

The lives of a handful of teenagers intersect during the last week of summer break before school resumes.

A bunch of Los Angeles-area teenagers live their lives as usual on the last week of summer before school resumes. Tom Drake (Chris Penn in a forceful, memorable performance) is a wrestling star with some maturity problems who is a self-centered loose cannon, who screws up everything he gets involved with, while his straight-laced coworker buddy at the bowling alley Bill Conrad (Eric Stoltz) has saved up enough money to leave home to rent an apartment where all the yuppies live across town. Bill struggles to make the payment himself, so he (big mistake) takes Tom as a roommate. Bill’s younger brother Jim (Ilian Mitchell-Smith) is a too-cool-for-school drifter always looking for trouble, but he’s also kind of the movie’s center. We see him befriend an embittered Vietnam vet (Rand Quaid) and become obsessed – and then disillusioned – with the Vietnam War and its war heroes. Then there’re the ladies: Tom’s on-again, off-again gal Eileen (Jenny Wright) who works at a suit factory at the mall that caters to yuppies, her friend Anita (Lea Thompson) who works at a donut stand and has an affair with a sleazy married cop, played by Hart Bochner. Nothing extraordinary happens, but it’s all fairly crisp and vibrant … and hilarious.

From writer Cameron Crowe and director Art Linson, The Wild Life is sort of an adjacent set of stories and incidents to Fast Times at Ridgemont High, but it’s also very much its own thing. It also creates a catchphrase that never quite caught on (“It’s casual!”) and it’s pretty perfect in terms of capturing time and place. Most people will still prefer Fast Times, and that’s fine. It has a fantastic set of songs on the soundtrack, as well as an underscore by Van Halen!

Kino Lorber’s new Blu-ray release of The Wild Life brings the film to high definition for the first time, and it’s very welcome. The film looks and sounds great, and comes with a new camera interview with co-star Ilan Mitchell-Smith, radio spots, the trailer, and the last commentary to be recorded by my friend and colleague Mike “McBeardo” McPadden, who authored the book Teen Movie Hell and collaborated with me on my book The Good, the Tough, and the Deadly: Action Movies and Stars. It’s incredibly poignant to me that the last words he spoke on the commentary are, “It’s casual!” 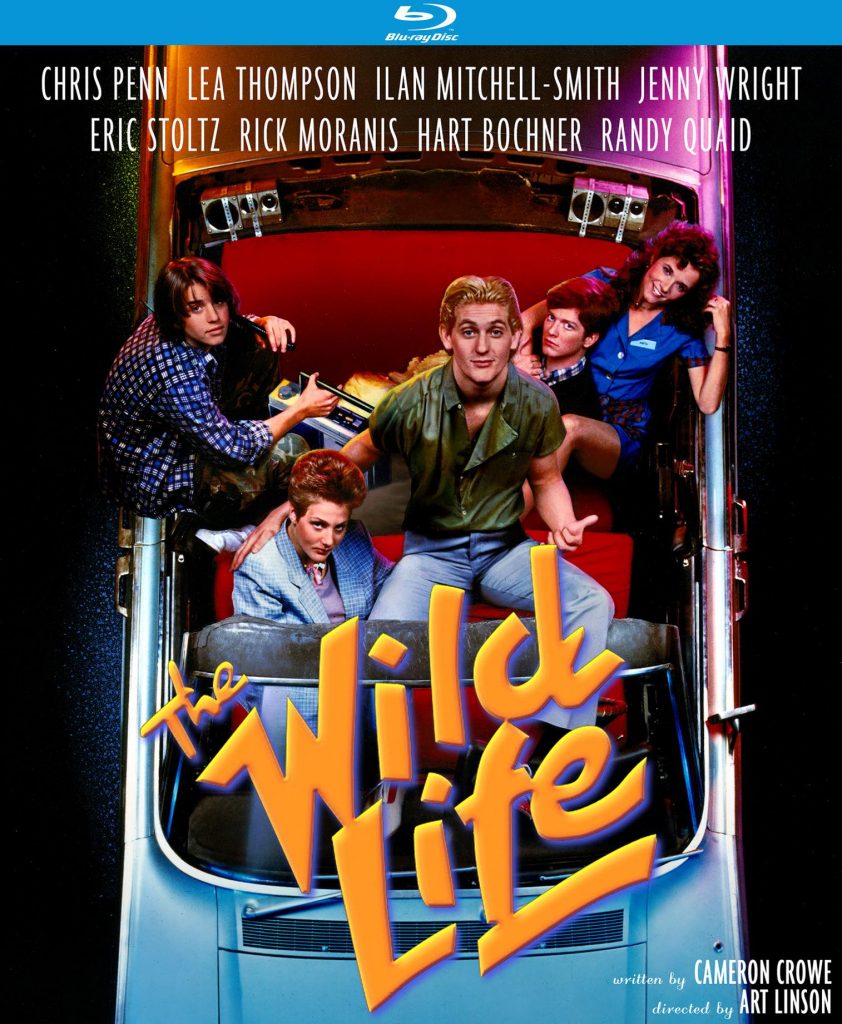