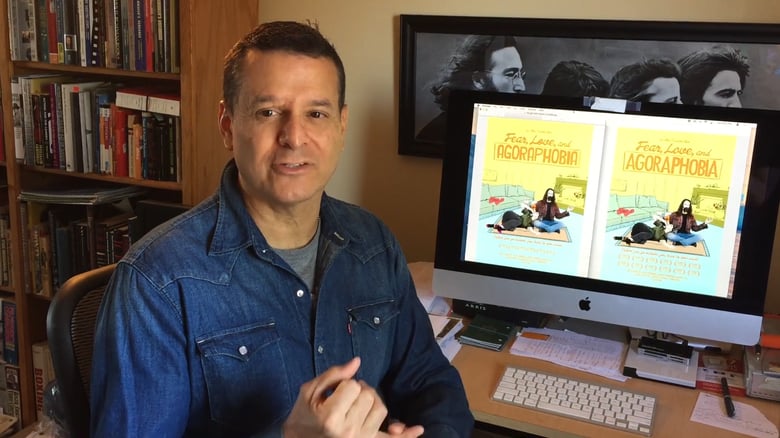 Interview with Alex D’Lerma – Director of FEAR LOVE and AGORAPHOBIA

From writer-director Alex D’Lerma comes Fear, Love and Agoraphobia, the critically acclaimed and award-winning story of an agoraphobic man and a female marine struggling to overcome paralyzing circumstances.

Hot from it’s festival run, the well-received movie premieres on VOD this Friday the 13thl from Leomark Studios.

We caught up with the talented Mr. D’Lerma to get the 411 on the film.

What makes a good movie and what doesn’t?

“Compelling characters and an interesting and unique story. The film ‘Lost In Translation’ and a mainstream classic, like ‘The Godfather,’ are two perfect examples. What doesn’t make a good movie is when some filmmakers make a project that is clearly a knock off of a successful film. I’m talking about some straight up copy cats. I’ve seen some films that feel almost like plagiarism.

And do you generally know what’ll make a good movie from the outset – as soon as you pick up the script?

“No. I know what I like and what interests me but I don’t really know if the movie will be good till I see it with the target audience. When I edited my current film (Fear, Love, and Agoraphobia) it didn’t work at first. The first cut of the film didn’t work because there were things that I did not write into the script but were needed. I had to write a couple of small things and then shoot them and cut them into the movie. But even after adding those two scenes and doing four more cuts of the movie it still wasn’t quite working. I had a small private screening and after seeing it with the audience and getting some feedback from a select few people whose opinion I respected I was able to make the final editorial adjustments that finally made the movie good.”

And what do you think the strengths of, say, this film are?

“The scripted characters and situations. The performances by the leading actors. The score by Ben Zarai and the numerous vocal recordings by Matt Van Winkle and the other artists. And my direction of the actors and the film as a whole.”

It’s hard to make a movie these days, but where do you think that one excels in its originality?

“Our film excels in the risk we took in telling a character study as opposed to a traditional plot driven story. The reversal of the traditional male and female roles also worked and is both unique and authentic.” 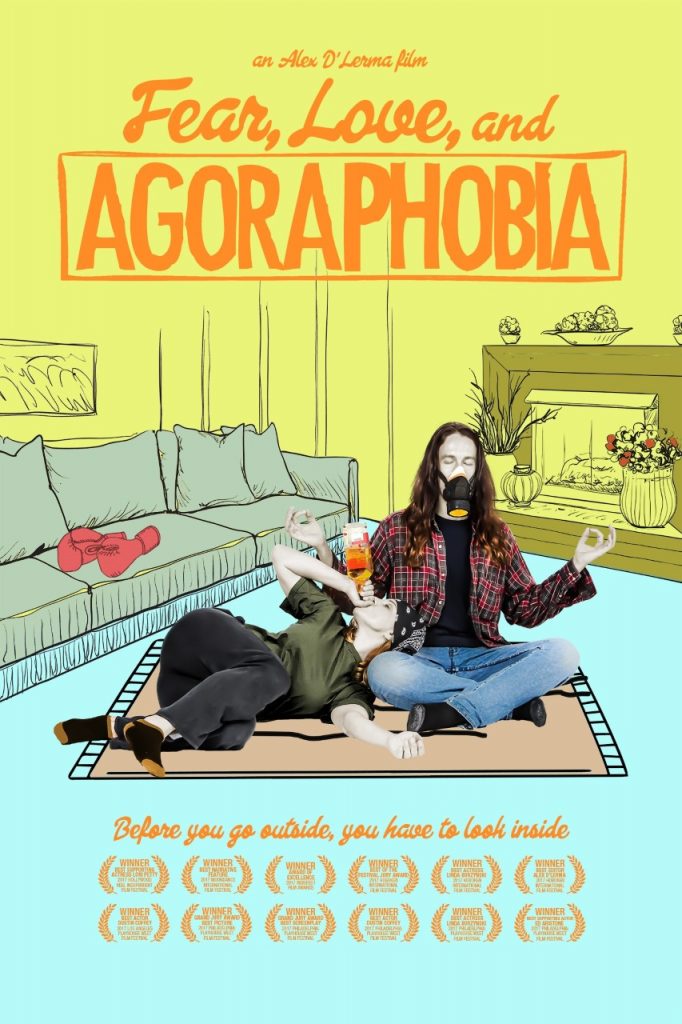 Is there a moment in it that you, as a movie fan, especially enjoy?

“I really enjoy watching the scene when the character of Maggie’s husband (played by Ed Aristone) seems to come back to life. I’m sure someone else must have done it the way I wrote and executed it but I’ve never seen it that way in any other movie. I’m very proud of that scene.”

Do you find that, when working on a heavier movie affects your mood – – – and that mood stays with you at the end of the day?

“No. Not as a director. As an actor, yes. That has happened to me in the past. As a director I’m watching everything play out and judging all of it as it happens. How is the lighting and the blocking? How’s the camera move? Are the actors connected? Are they being truthful and working moment to moment? Is my script working? How about the boom operator? Is he dipping the mic into frame? Did that extra just look into the lens? It’s sort of like a conductor of an orchestra. I can watch all of the elements at the same time and judge them and feel the emotion of the scene but it does not stay with me past my command to cut. When I hyper focus solely on a performance it does not effect my mood after the scene is over. What effects my mood on a shoot is lack of proper sleep. When I get home from a day of shooting I have to stay up and tweak the script/scenes for the next day, if they need them. I have to adjust my shot list to possibly accolade a new location or other issue. There’s always something I have to deal with because I want to get it right.”

Were you working on any other projects at the same time as this one?

“No. I was teaching my acting & directing students in my Cinema Gym studio but it was conflicting with my pre-production prep so I cancelled teaching all my classes weeks before shooting and during the 15 days of principal photography.”

Where does this one rank in terms of your projects? Is it up there a favorite?

“Yes. Fear, Love, and Agoraphobia is my favorite project to date. I’ve reached a point in my development as a writer/producer/director where I’m very confident and capable of creating something truthful, unique, and entertaining.”

How hard was it to market initially? Did people get what you were going for?

“Leomark Studios has been a great help in that area and they are still working hard to help this film be seen by a larger audience. My first dealings with film reps and distributors on my first feature film ‘Alvarez & Cruz’ did not go well and I was very disappointed in the business ethics of some people I encountered on that project. This relationship with Leomark studios has been very positive and educational. I’ve learned a lot and that’s what I always hope for with each new project.”

2018 is just beginning but tell us, what’s the best film you’ve seen so far this year? And anything coming up that you’re looking forward to?

“I just saw the documentary ‘Icarus’ and it was fantastic. But that’s technically a 2017 release. Last years ‘Cry Baby’ by Edgar Wright blew me away as did Joe Wright’s ‘Darkest Hour.’ And I’m looking forward to Steven Soderbergh’s new film ‘Unsane.’ It was released a couple of weeks ago and I’m going to see it this weekend. 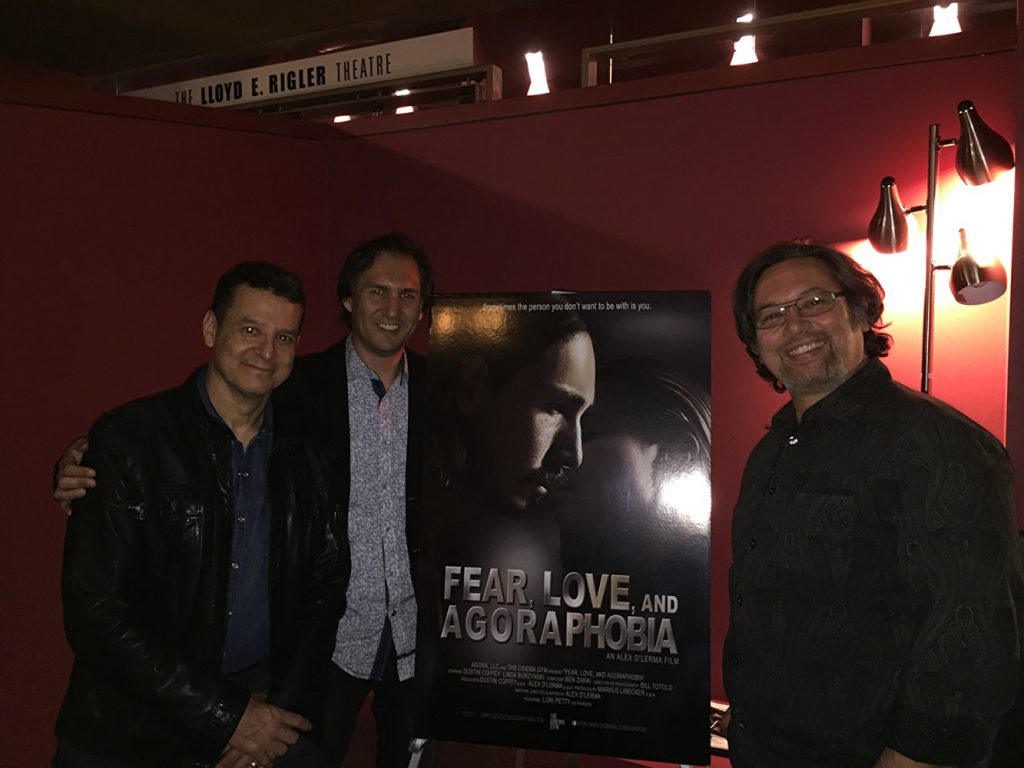 Tell us about working with Lori Petty.

“Lori was a blast to work with and I’m very grateful that she agreed to be in our film. I had never worked with a “name actor” before. I had worked with tons of “working actors” but it’s a different thing when you’re now working with someone who was a very big movie star in the 90’s and is back in the spot light again with all the great work she’s doing on shows like ‘Orange is the new Black.’ ‘Gotham,’ ‘Swedish Dicks.’ etc. I remember Lori’s reaction to a bar fight scene between the female leading character Maggie (played by Linda Burzynski) and a bar fly character(played by Vince Lozano). It got pretty physical and on the surface it looked like Vince had seriously hurt Linda. During the take you can actually hear Lori, off camera, say out loud “you guys are crazy.” She was not aware that both Linda and Vince are part of my acting studio and have worked together in class. They trust each other and they both happen to be very physical actors. After that first take Lori could see that I wanted things raw and organic but that it was a safe environment. She brought her own sense of danger and volatility that added the scene and made it work. You’ll see it in the movie. She’s great. We didn’t have a lot of time to shoot her scenes but she was a real pro and it all went smoothly. I’m so happy she won the “Best Supporting Actress” award at the 2017 Hollywood Real Independent film festival. it was well deserved.