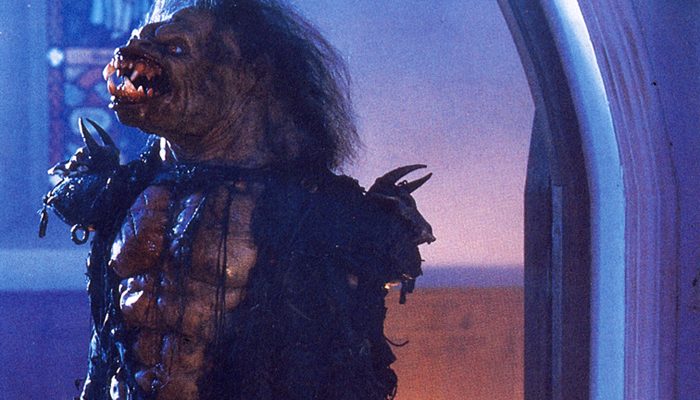 Rawhead Rex is a fun but forgettable creature feature, which hasn’t stood the test of time that well but is worth watching on a drunken Saturday night.

Plot: Ireland will never be the same after Rawhead Rex, a particularly nasty demon, is released from his underground prison by an unwitting farmer. The film follows Rex’s cross country rampage, while a man struggles to stop it.

Review: Rawhead Rex was always a movie that intrigued me but I’d never actually watched it until I blind bought the Blu-ray a few weeks back. Written by Clive Barker the cult classic (based on the book) is about a pagan god’s bloody rampage through the Irish countryside.

Although it’s not even remotely scary and many of the visuals have dated there is still an entertaining charm to the film. The creature itself looks great (although not threatening) and the fact that the cast are actually Irish gives it more authenticity.

The characters feel like real people rather than the usual horror movie types; I liked how many of the townspeople were suspicious and quite rude to Howard Hallenbeck (David Dukes) who has travelled to Ireland searching for relics of religious significance. Hallenbeck was quite a bland character and not someone you really cared about.

There are some gory kills and a few shocks along the way but I found myself struggling to remember much about it after a few hours.

The ending was a little underwhelming too and I think that it worked better as a book rather than a feature length movie.

Overall, Rawhead Rex is a fun but forgettable creature feature, which hasn’t stood the test of time that well but is worth watching on a drunken Saturday night.