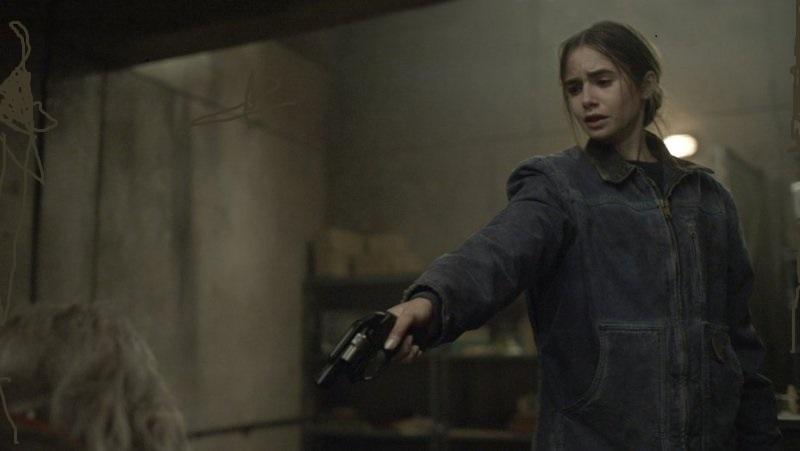 Inheritance is worth checking out for Simon Pegg alone but the story is engaging as well; it’s just a shame Lauren was so unsympathetic that you never cared what happens to her.

Plot: A patriarch of a wealthy and powerful family suddenly passes away, leaving his wife and daughter with a shocking secret inheritance that threatens to unravel and destroy their lives.

Review: If you’re looking for a drama with several twists and turns you could do a lot worse than Inheritance; the performances are all strong however, this is Simon Pegg’s movie. I think this is the first time he has played such a serious character as most of his roles have been more comedy based even in Mission: Impossible where he is the loveable nerd with some funny one-liners.

Inheritance is an hour and 50 minutes long, but it moves at a decent pace with every moment Pegg is on screen making it impossible to turn away.

Lily Collins as our lead Lauren is cold and unsympathetic which I imagine was the plan; her family are all rich and privileged and as the story progresses we find out that there are lots of skeletons in the closet.

My biggest gripe with the movie is that there is no one really to root for aside from maybe Connie Nielsen who plays Lauren’s mother; I never cared for Lauren or the majority of her family and I was quite happy to watch their legacy unravel. I had in my head how I would have liked it to end as I felt the family didn’t deserve a happy ending but it didn’t go the way I expected.

The music score is suitably moody and the film is quite tense so it should keep you engaged for the runtime. You just know there is more to Simon Pegg’s character than he is letting on and it’s him that keeps you watching. I would like to see him do more of these kinds of roles in the future as it’s refreshing to see him do something so different even if his wig is very distracting at times.

Overall, Inheritance is worth watching for Simon Pegg as you’ve never seen him before and there are many twists and turns but we never really care about Lauren or her family making it a strangely unfulfilling watch.