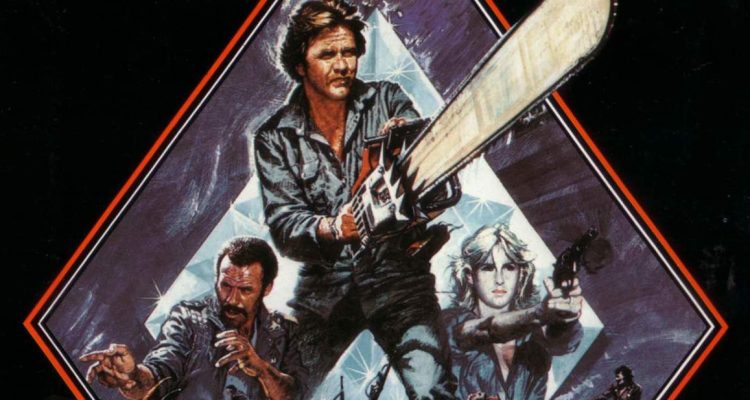 Only in the 1980’s exploitation film market could a movie like White Fire get made and released. It’s confusing, confounding, and mindbogglingly weird.

“Night or day, it doesn’t matter! I want that White Fire … at any cost!”

Two orphaned children who have lived through a traumatic experience of seeing their parents murdered grow up to be adventurers living in Turkey. Boris (Robert Ginty) and his sister Ingrid (Belinda Mayne) learn of the existence of the White Fire diamond, a jewel in the raw that’s so big and enormous, that if it is touched, it burns flesh with its intensity. The White Fire resides deep in a diamond mine, and when its existence is known, treasure hunters seek it out. Boris’s sister is killed, and as he mourns her death, he falls in love with a woman named Olga who looks a lot like Ingrid. To confuse mercenaries who are sent to follow Boris (he knows where the diamond is), Olga has her face reconstructed to look exactly like Ingrid, which is a plot point that gets creepier the more you think about it. Boris, in love (and making love) with Olga, fends off an advantageous mercenary named Barclay (Fred Williamson) who displays some martial arts abilities. In the end, Barclay and Boris (and Olga/Ingrid) have made an alliance.

Only in the 1980’s exploitation film market could a movie like White Fire get made and released. It’s confusing, confounding, and mindbogglingly weird. Ginty (The Exterminator) is hardly an action star, but Williamson, who shows up somewhere around the halfway point, is definitely an action star and he exhibits enough action stuff in this film for it to qualify. Fans of bizarre movies and somewhat sick sexual situations (Ginty ogles and has sex with his sister, basically) will need to see this one. Williamson fans won’t really be satisfied. He and Ginty also appeared in the apocalyptic film Warrior of the Lost World together. Directed by Jean-Marie Pallardy.

Arrow Video has just released the definitive home video edition of this title, with a nicely upgraded high definition transfer, including a new interview with the director and another one with The Hammer, as well as a new commentary by a critic, and more. 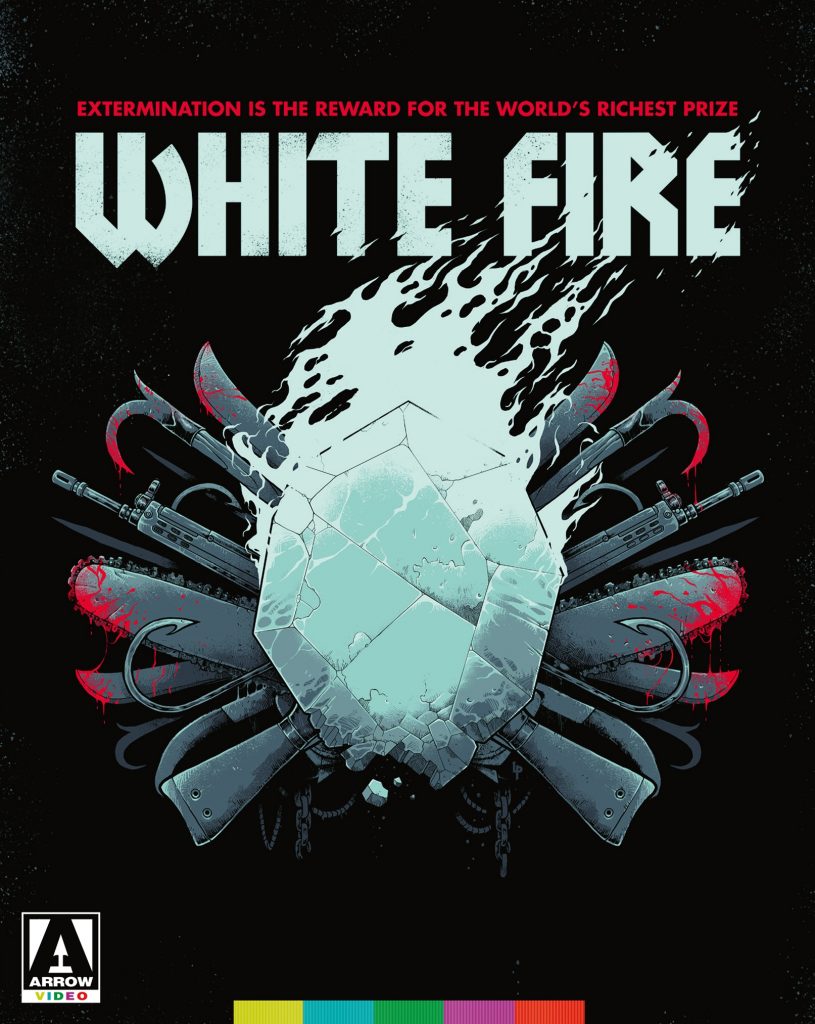