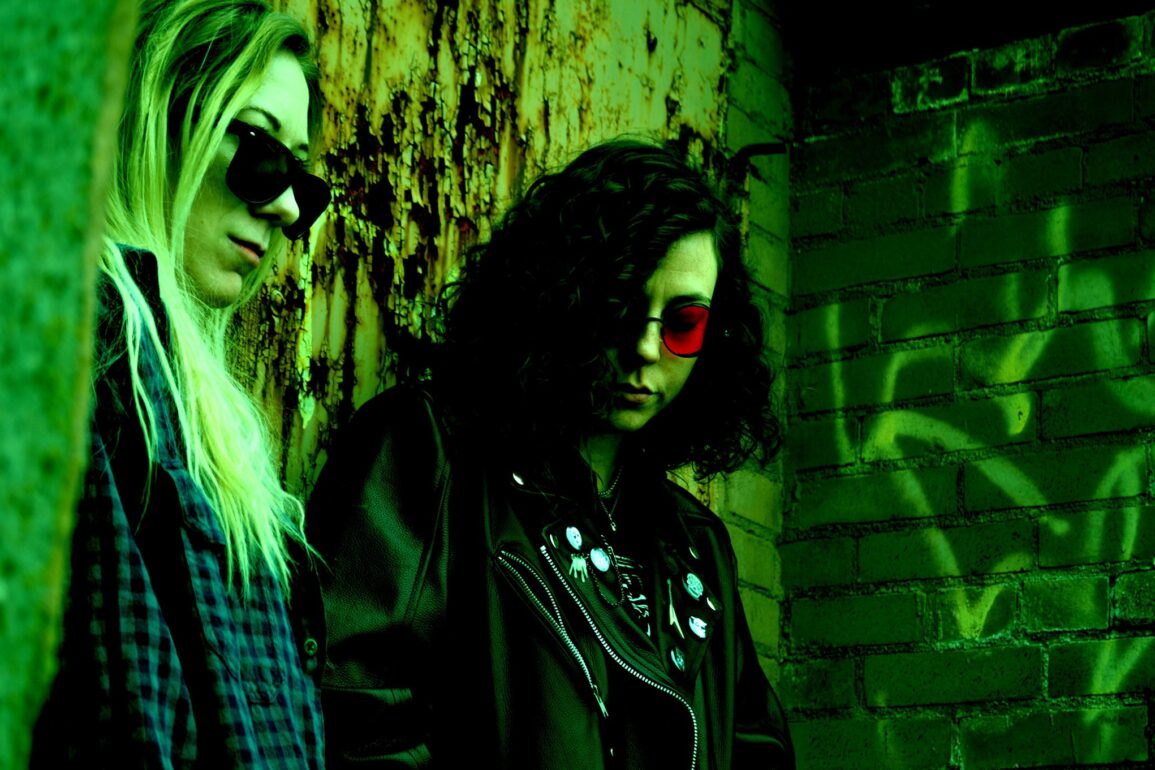 SYNOPSIS: Written and directed by Matthew Packman (MARGO) and co-executive produced by stars Kara Gray (PAYTON’S BURDEN) and Lanae Hyneman, “MORBID COLORS” is a tale of two foster sisters forced to hunt down a wealthy socialite (Cindy Maples, VOLUMES OF BLOOD: HORROR STORIES) believed to have infected the elder sibling with vampirism.

I have to admit to not being the biggest vampire movie fan however, Morbid Colors Intrigued me as it looked to be a very different beast to what we’re used to in the genre. I have always enjoyed stories about siblings (having two brothers myself) so the family dynamic is what drew me to this. This isn’t really a vampire film but more about a broken family with two foster daughters called Myca (Kara Gray) and Devin (Lanae Hyneman) and their turbulent relationship. Myca is just a horrible person with no redeeming qualities; she is a selfish drug taking screw-up fresh out of rehab who treats everyone like scum especially her foster sister Devin.

Devin is very quiet and a rather pathetic soul who spends most of the movie following her foster sister around like a lost puppy (in between blacking out) as she is the only real family she has. Their foster mother is an alcoholic and junkie who has always been too out of it to really raise her children properly and as the film goes on, we discover where Myca’s dark side comes from. Even by then we still never really empathise with Myca, but I think that’s the point, so Devin has to learn to stop running after her all the time and finally be free.

I loved Devin’s look as with her red sunglasses she looked like Gary Oldman in Bram Stoker’s Dracula which I’m sure was a sly nod.

I think the real scene stealer was Angela Steele as Leni the foster mother as she has a breakdown halfway through the movie where she talks about her regrets and failing as a mother giving us the most genuinely heartbreaking moment of the film.

Directed with very little budget this is guerilla filmmaking to its very core but unlike a lot of indie fare this actually has surprisingly strong performances and an unpredictable story that goes in different directions than you would expect.

I wouldn’t say this is a horror movie but it’s more of a family drama with a side order of psychological thriller. There is very little in the way of levity however, the ending is somewhat uplifting but it is a hard watch as we never really root for anyone aside from Devin. There is no shortage of bloodshed and it has a kick-ass metal soundtrack in keeping with the grungy vibe of the story. In this world apparently everyone listens to metal and after all shouldn’t we all?

Overall, Morbid Colors isn’t exactly a barrel of laughs but fans of metal-infused psychological dramas will find plenty to enjoy.