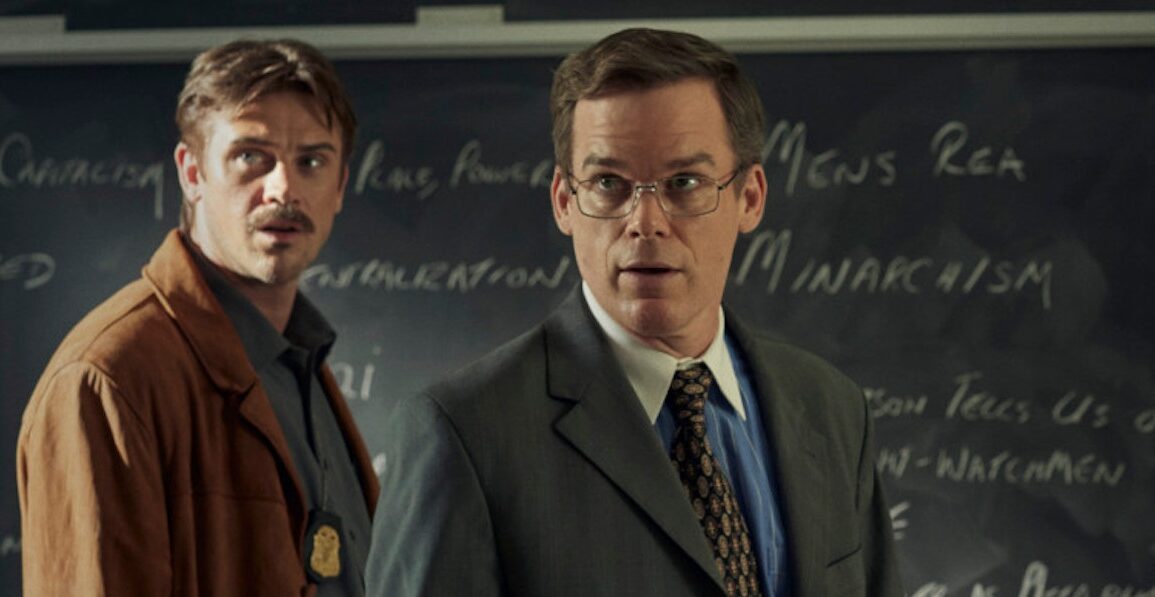 In the Shadow of the Moon has some interesting ideas and the first 15 minutes establish the atmosphere nicely but the rest of the movie is rather dull and it just fizzles out at the end where they likely ran out of budget.

Plot: In 1988, a police officer is hungry to become a detective and begins tracking a serial killer who resurfaces every nine years. But when the killer’s crimes defy all scientific explanation, the officer’s obsession threatens to destroy everything.

Review: Sometimes I am randomly scrolling through Netflix and a film pops up that looks intriguing. In the Shadow of the Moon was one of those movies and it starts off with an awesome first 15 minutes that feels chaotic with a palpable sense of impending apocalypse. People start dying around the city and local police are at a loss aside from beat cop Locke (Boyd Holbrook) who notices a pattern in the deaths but his investigation turns into obsession and his life slowly starts to unravel.

Locke is an immediately appealing character and Holbrook is great at playing these everyman type of roles. He is happily married, and his wife is pregnant; his brother in law Holt is the head detective and is played by the awesome Michael C. Hall (Dexter). He was arguably my favourite character in this movie as you think he is going to be the shouty police chief type from old-school action movies but he is far more layered and is actually a good man even if he is even more ambitious than Locke.

After the gripping opening the film sadly takes a downturn and goes into some time travel nonsense where it then fizzles out in an overly preachy and unsatisfying ending. There is no exciting climax but a dull voiceover so by the time the end credits roll you’ll think “is that it?”

Holbrook must have found the idea of portraying a character where we see him every 9 years of his life as something fresh an interesting and it somewhat is as he tries to figure out just what is going on but as the narrative moves through the different times I felt a little detached from it all so I stopped caring about Locke’s journey. It’s a shame as there were some genuinely heartfelt moments in the first half but the anti-climactic finale ended up as dull.

The acting is generally impressive with both Holbrook and Hall believable in their respective roles. I also liked Cleopatra Coleman in her mysterious role as Rya (which some my figure out quite early on).

Overall, In the Shadow of the Moon starts off strongly with Holbrook giving an engaging performance as a cop who becomes obsessed with a case thus forgetting to live but it all leads up to a whimper of a finale when it could have ended with a bang.